Last year we were in Romania and wanted very much to drive down Transfagarasan road, but unfortunately didn’t get the chance. So this time, while visiting Romania in August, we decided to visit this road no matter what. We travelled the Sibiu district and the day before coming back home, we drove to Transfagarasan and spent the entire day there. We found a car through the Rentalcars website and rented it through the Autonom company.

A bit about Transfagarasan

Transfagarasan is considered one of the most beautiful roads in the world, crossing the southern part of the Carpathian mountains. It was built in the 70s and is 90km long. It has many twists and turns, and passes adjacent to Bâlea Lake, Bâlea waterfall and Vidraru lake.
It starts out in Cartisoara village and ends in Curtea de Argeș village.

How to reach Transfagarasan road

The closest cities are Pitesti and Sibiu.
Pitesti is 37km away.

Bucharest is 154km away.

We arrived from the Sibiu area and were on the road within an hour. We started at Cartisoara village.

When is Transfagarasan open?

The road is open year-round, but during the winter 25km of it are closed off. The closed part is between Piscu Negru and Bâlea Cascadă. That part is closed since during the winter it might prove dangerous to drive through. It’s closed between October 31st and the 1st of July. But during the winter, more areas might be closed depending on the weather and how safe it is to drive there. I recommend following the Blogger Martin, who leads bike tours on Transfagarasan and posts updates regarding the weather and whether parts of the road are closed off.

Our experience at Transfagarasan road

We arrived at the road on an August weekday, in the late morning hours (Around 10am) with a ton of expectations, and we were delighted that the road met our expectations and even surpassed them. We happened upon a great day, with excellent visibility and without many clouds. Honestly, whenever a cloud popped up, it only added to the magical feeling on the road.

We started the ride and after a few minutes of driving suddenly had to stop, since apparently there was a rock collapse. Since we already started the drive up the mountain, the weather was pleasant so even the stop was a nice experience. Everyone left their vehicles and waited for the go ahead. I think we stopped there for about a half hour.

Driving on the road

The road is 90km and at first, I thought we’ll quickly reach its end, but since its full of turns the maximum speed is 40km/h. Plus, you stop on the side of the road to take pictures every two minutes (Its really beautiful around there). Take into account that this trip takes half a day at the very least, perhaps even a full day. 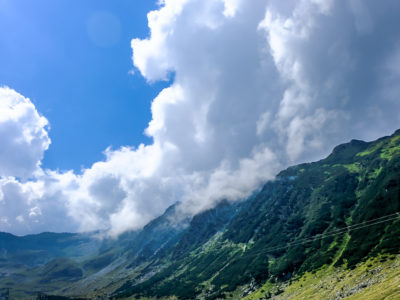 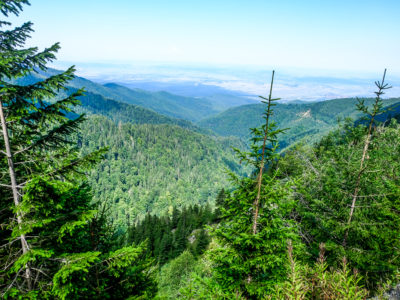 There was a point when cars started slowing down and we realized we arrived at the lake (Map). You can’t see the lake from the road, you arrive at a parking area with many stalls. We parked our car at the lot, which cost 5 leu an hour. At the stalls we could buy local street food, such as a cheese filled Mămăligă ball, hot corn on a cob, different types of sausage, local cakes and more. Additionally, there is an Omega ride there (for those looking for some action). From the parking and stall area you walk up a short climb and reach the hidden lake.

The fun part about it is that you can buy the local food and sit by the lake, have a little picnic an amazing view of the lake and the mountains.
I highly recommend arriving on a weekday and relatively early in the day, as it’ll be much less crowded. The lake is really beautiful, we had a fun time sitting there, watching it and taking photos. 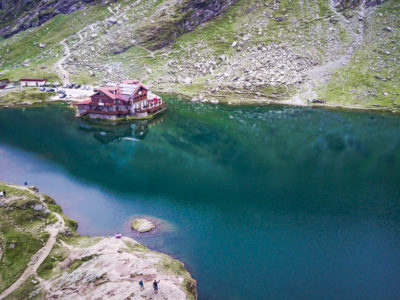 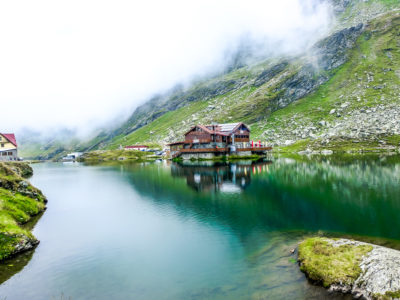 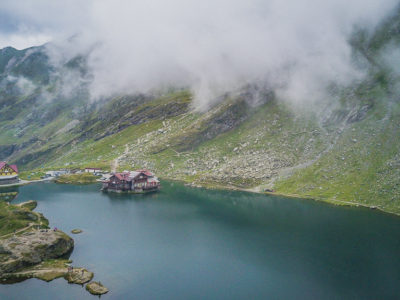 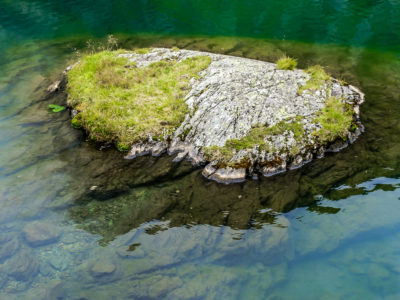 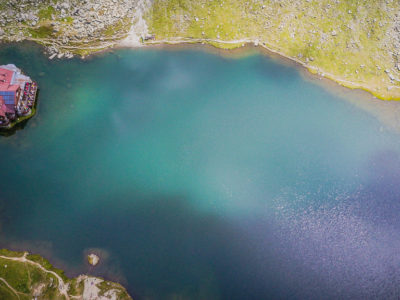 Things to do at Balea lake

The lake area has walking routes, so if you’re looking for a nice physical challenge, you can visit and do a walking track.
Another nice thing is two restaurants with balconies overlooking the lake. We visited the first restaurant from the top.

I ordered a cappuccino and Roman order Ciorba soup, as usual.
Although it’s a lake and the middle of August, since it’s located at a 2000m height, it’s relatively chilly up there, one might even call it cold. I wore a short shirt and scarf and was very cold.

So another recommendation is bringing long trousers and closed shoes, and bring a jacket (If you visit during another season, bring a coat and toque, since there are also strong winds).
There is also a cable car which goes along the road. We hadn’t tried the cable car, but it seemed a nice experience. There is also the aforementioned Omega ride. 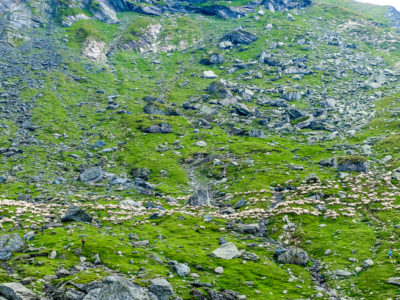 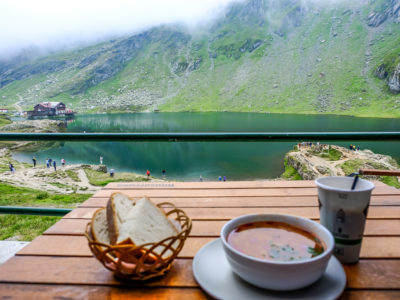 Silly experience we had at the lake

Before returning to the vehicle, Roman decided to buy some sausages and I bought a local dessert and paid in cash at the restaurant. When we came to the car we realized we didn’t have enough cash left to pay for the parking. Apparently, there aren’t any ATMs in the area and we had to look for a couple of Leu to pay for parking. Eventually the guard at the entrance let us go, but we felt quite embarrassed and it wasn’t very pleasant. Important tip then: leave some cash on hand to pay for parking and draw some cash before going on the trip 🙂

A lot of people come to this road and have picnics along the way, there are designated stops along the entire road. There are even those who choose to camp there. If you’re looking to do some trekking there, that is another nice option.

There is a guesthouse at Balealake if you want to stay in the road’s vicinity.
There are many bike and bicycle riders on t he road, so you should drive slowly and carefully. It’s recommended to visit on weekdays and during the morning hours, or there might be heavy traffic, especially in the area of lake Bâlea.

We went in the middle of the work week in the morning, and when we were on our way back (Around 17:00) there was quite a long traffic jam at the lake.
Bring warm clothes, even during the summer. I hadn’t and was really cold.
There are food stalls at Balealake and sometimes along the road. 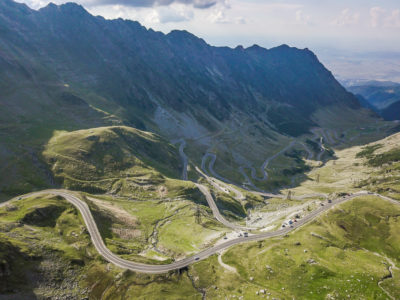 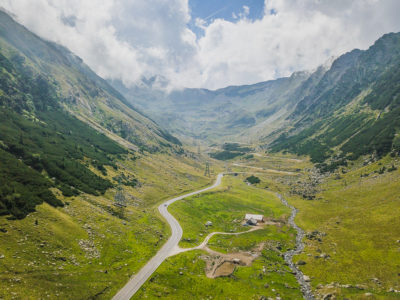 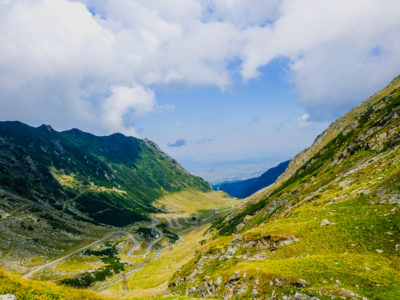 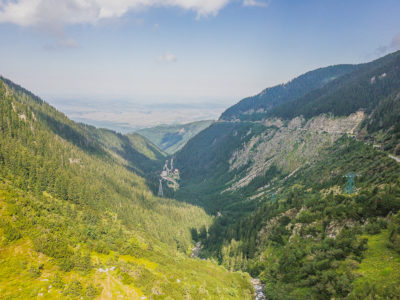 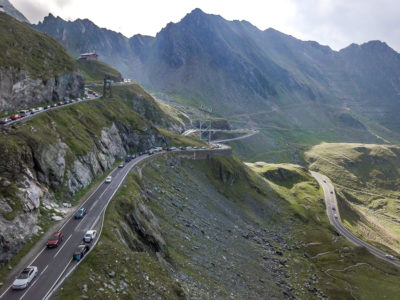 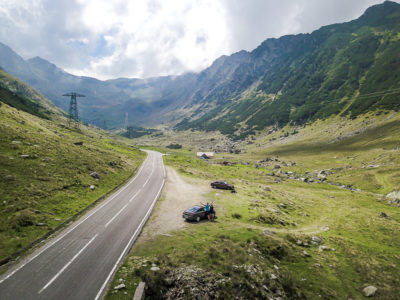 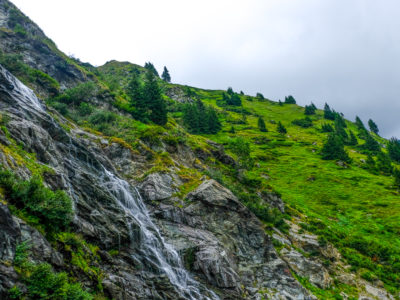 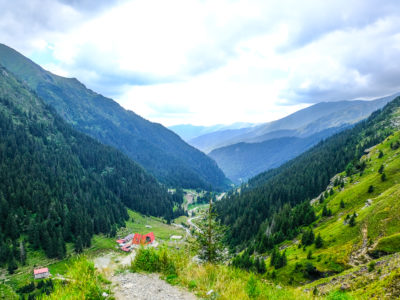