During our stay in Dublin we did a great day tour to the Malahide castle  & Howth with DoDublin company.

Following breakfast, we headed to the meeting point for the Day Trip.
This particular tour leaves at 11:00 daily, from the DoDublin offices (They offer many additional tours). 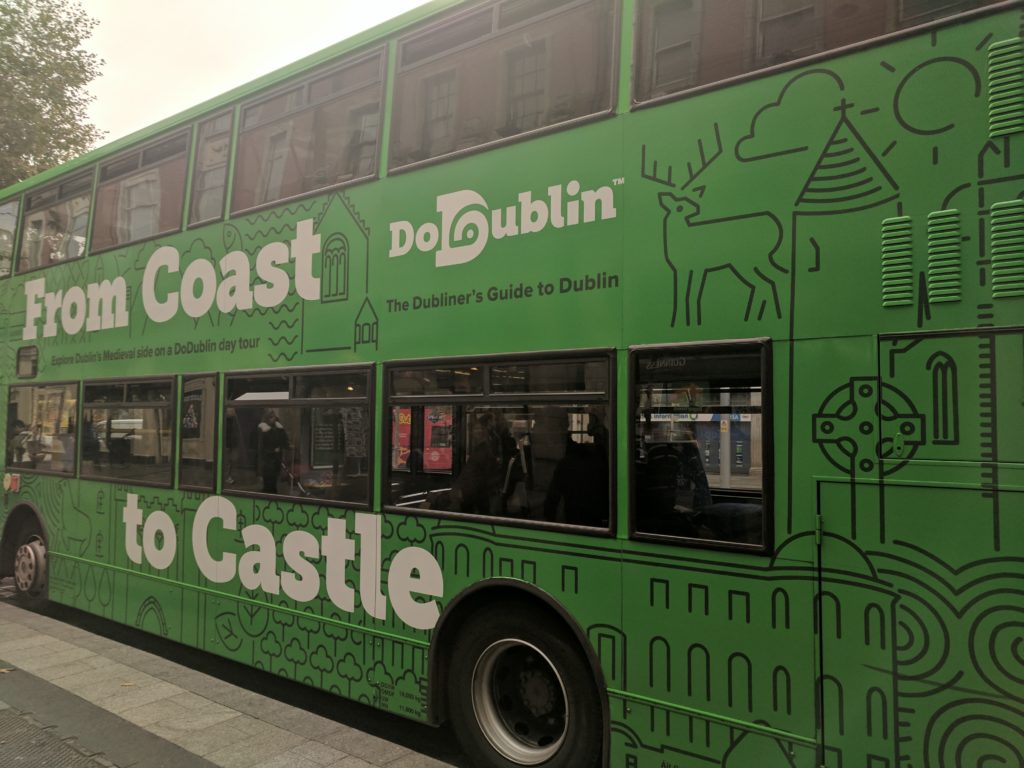 Ours was a nice green bus, who’s driver was also the guide, offering explanations and background for the sights along the trip. Initially we sat down at the back of the bus’s first floor, but the engine noise drowned out what the driver had to say and so we moved a few minutes later. We moved upstairs, where we could hear much more clearly – So I would recommend doing so immediately. After an approximately 45-minute drive we arrived at the castle.

With about 10 minutes before the castle tour kicks off, we headed inside to wait. The tour’s price includes the guided part within the castle. We walked from room to room down the castle’s corridors, as the tour guide told us of the family that used to inhabit it. The castle’s household had belonged to a single dynasty for the past 800 years up until no legitimate heir was left and it was abandoned. 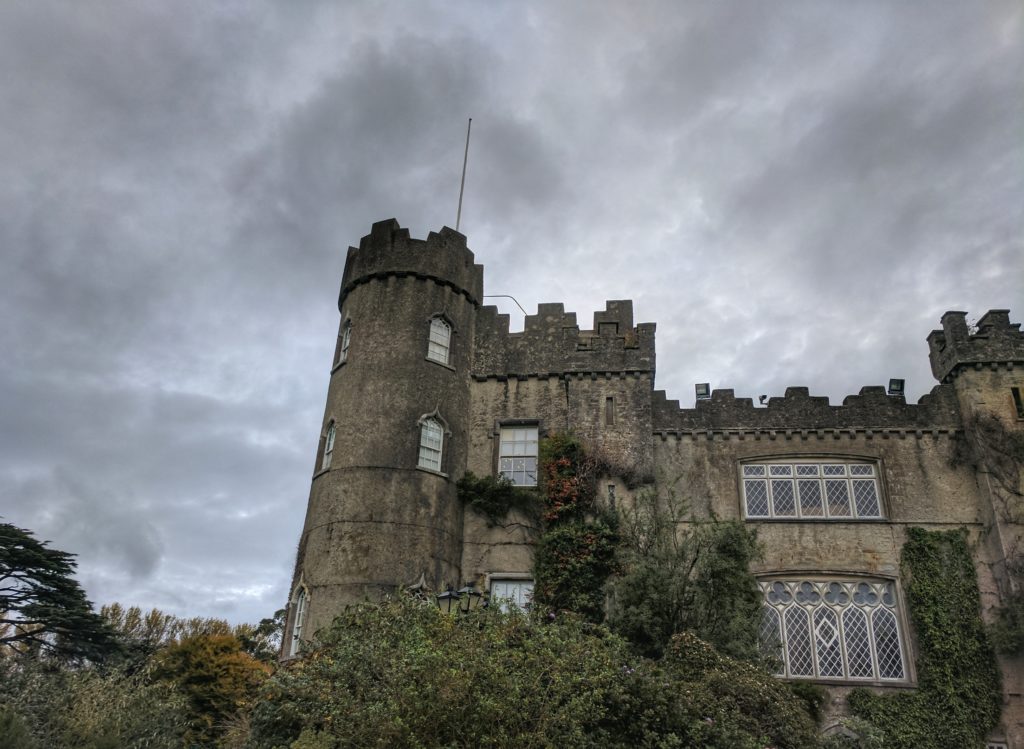 The castle itself is very impressive, yet has a homey feeling to it. I could almost see the family’s daily life in it, and to be honest I wanted to live there myself.

As the tour came to a close, we had about 45 minutes of free time. We walked the castle gardens and went over to a large shopping center on site which included a big food court. Roman bought a sandwich while I had juice. 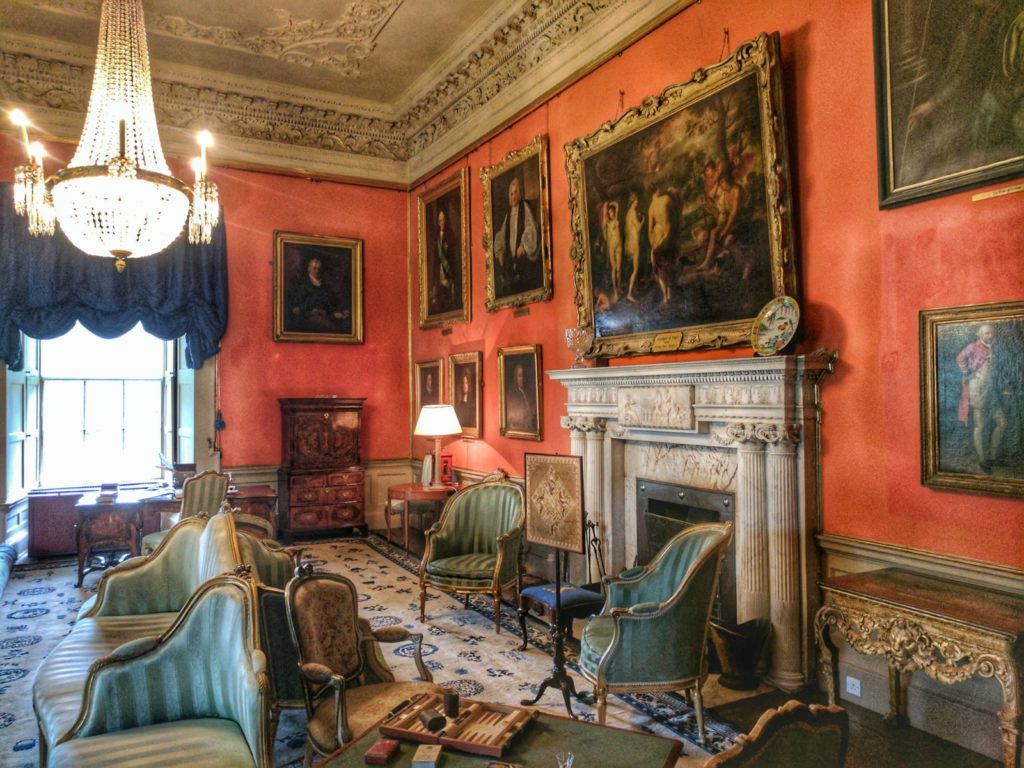 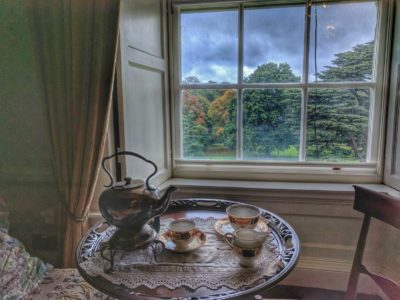 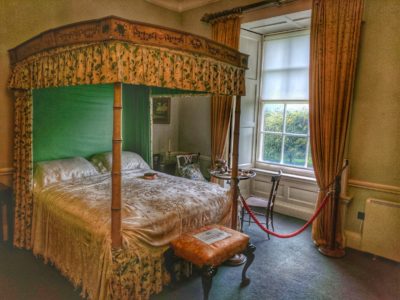 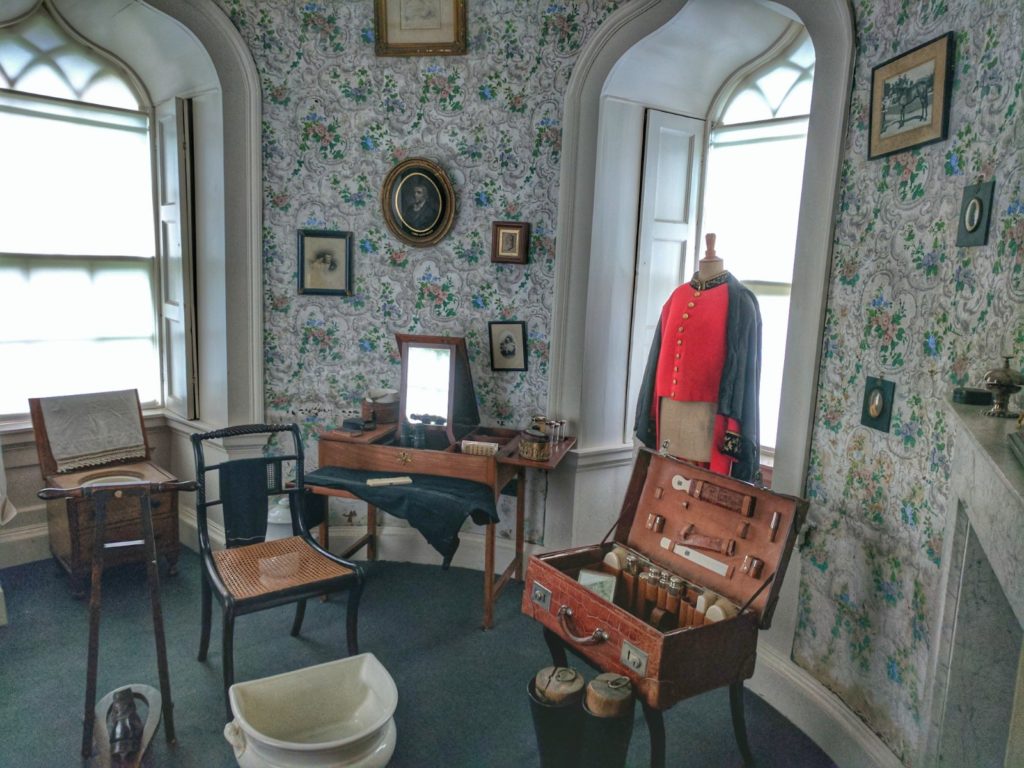 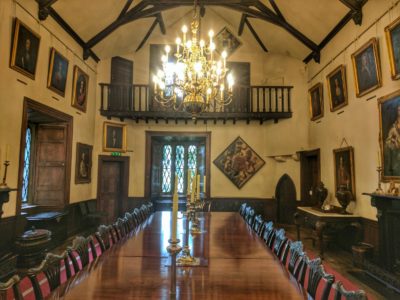 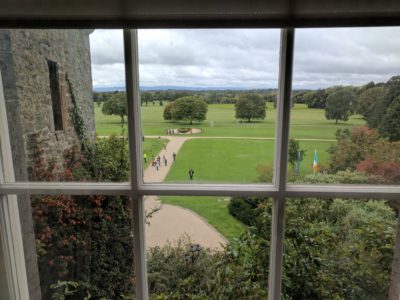 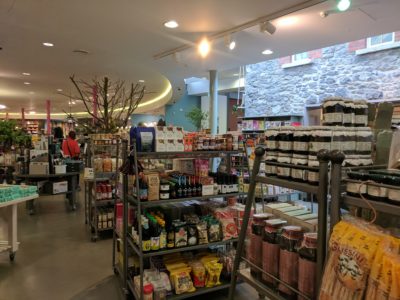 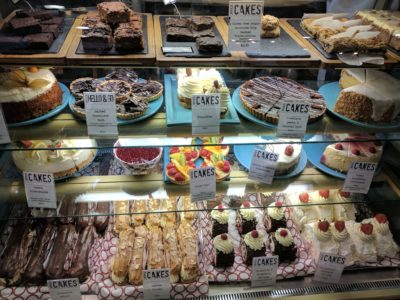 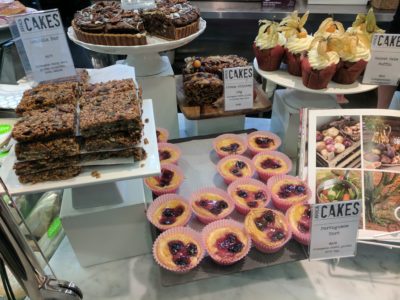 After the castle we rode on to Howth harbor, a lovely area with many boats – a beautiful place to take photos at. They had a huge variety of sea-food restaurants, as well as other cuisine and cafes. We had about an hour of free time there, and so walked around and took some pictures.

Roman got a bit peckish after a time, so we went into a simple pizza and wrap place Prego Pizza. Roman had a chicken wrap which turned out really good (I tried it myself, of course, and thought it was very tasty).  This is an awesome choice if you’re looking for something light for lunch in the area. 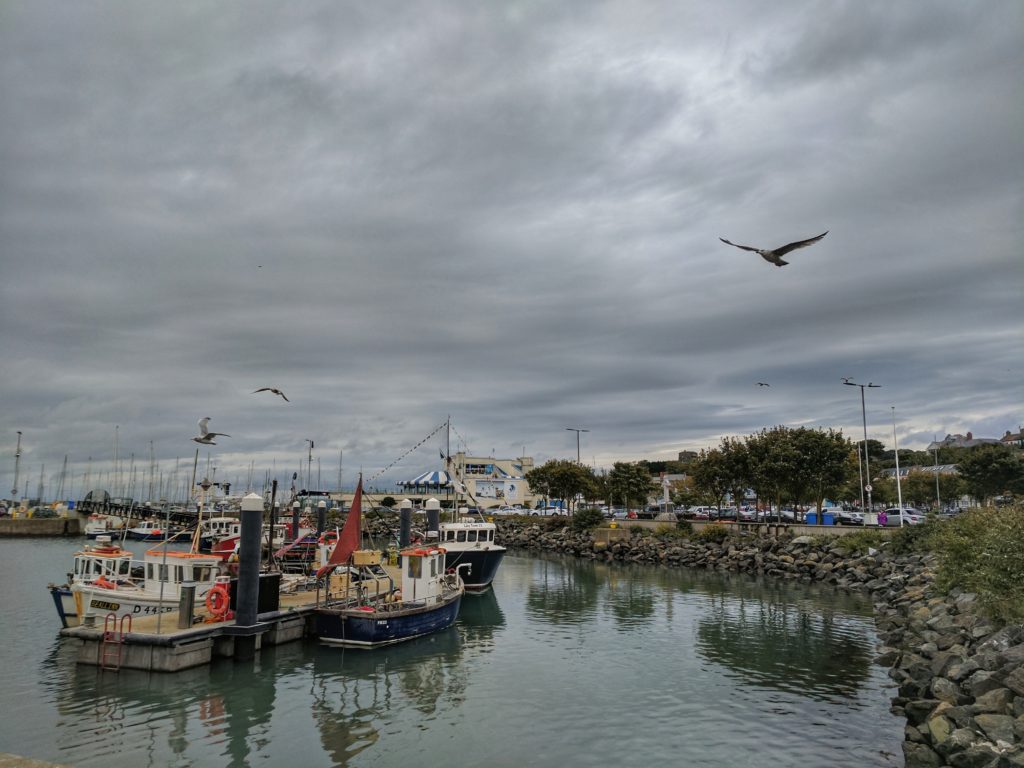 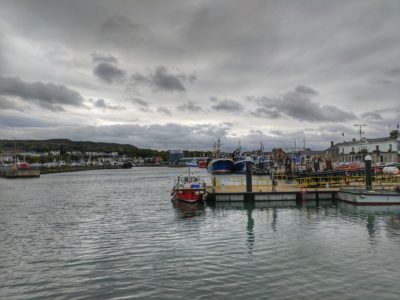 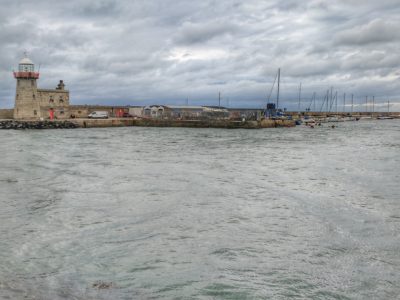 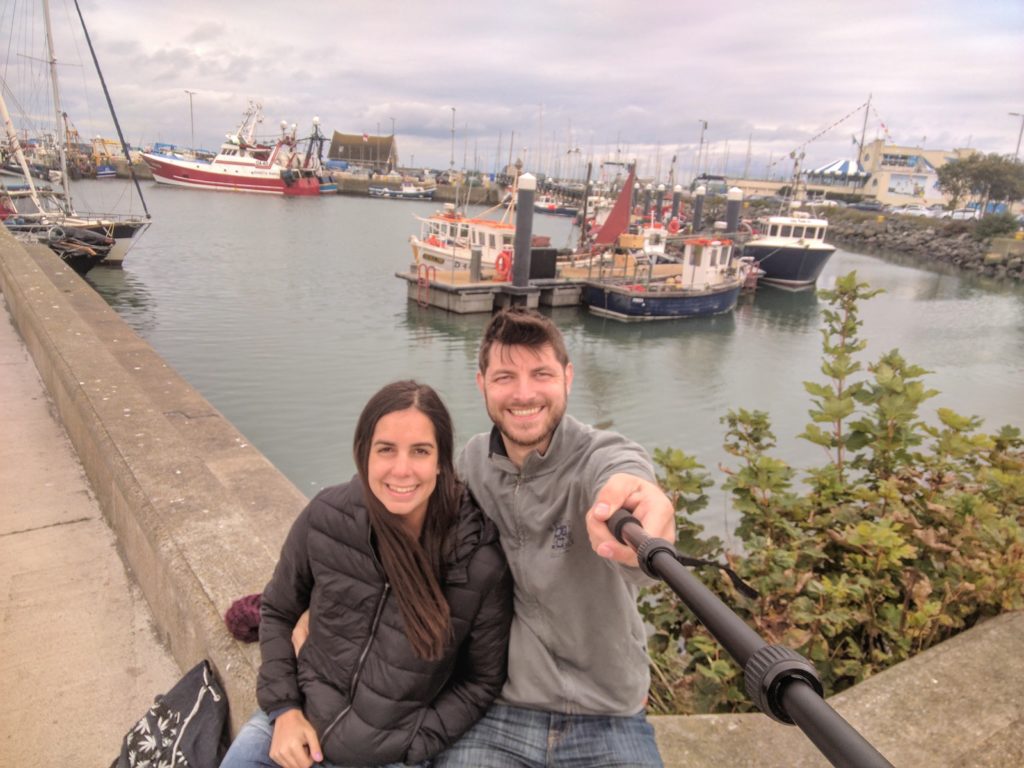 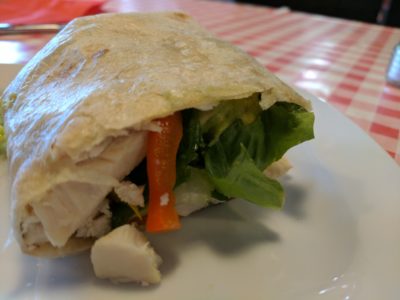 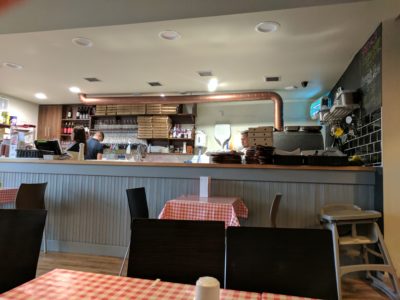 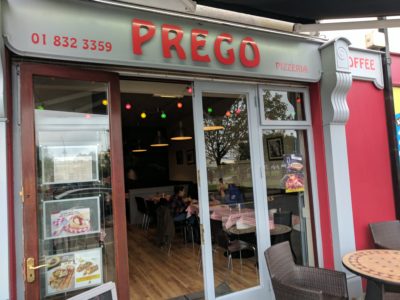 We started off back to Dublin around 15:00 and had practically finished the tour by 16:00.
Ordering a ticket online awards you a 20% discount. The tour ticket also doubles as a pass for the 17:00 o’clock “hop-on hop-off” bus and can be used to tour the city. 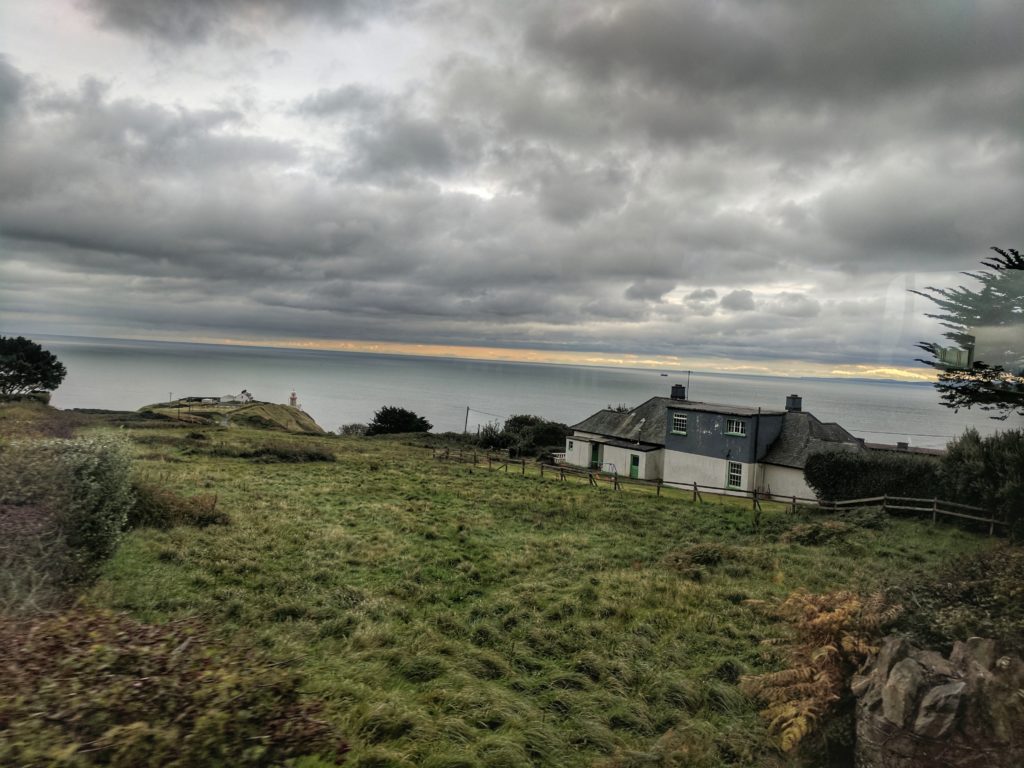