Our trip to Ireland was a while back (October of last year), but I didn’t get to write a post summarizing the route, and it was about time to do that.

We flew to Ireland following a bloggers’ conference that I wanted to attend, and I did not plan much when it came to activities there, the planning was done during the trip and turned out to be one of our most successful trips. I can’t wait to visit this country again, because there is a lot more to see and do there. We decided not to rent a car there, but to take public transportation and book tours, instead.

Our itinerary in Ireland

Killarney -> Dublin (with day trips out of town) -> Belfast

How to get to Ireland

Our itinerary started in Killarney because of the bloggers conference.

I took a flight to Dublin with a stopover in Amsterdam (no direct flights to Dublin). I booked the flights a few months in advance and it cost about $ 400 both ways (Search engine for cheap flights). I started the trip alone (at the conference) and Roman joined me later on in Dublin.

From Dublin, I took a train to Killarney, which took about four hours.

You can rent a car (a post with tips on how to rent a car abroad), the truth is that we love to rent a car in the countries we travel, so we can explore more areas and have the flexibility of staying for as long as we want. However, since we had relatively little time to travel and due to Ireland’s left-sided driving and narrow roads, we decided not to rent one this time.

Public transport in Ireland has proved to be very convenient and inexpensive and there are also day trips to many places, so you can do a lot without renting a car. 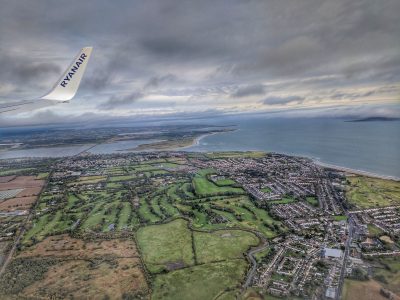 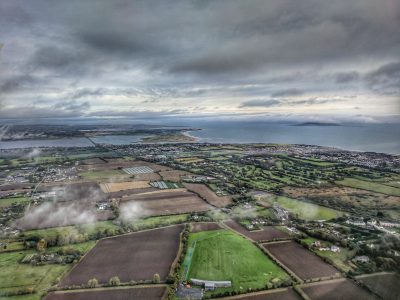 Where to stay in Ireland?

At Killarney, I slept in a small family hotel that was basic but at a good price and in a good location (a short walk from the city center). Harmoni inn Glena house.

In Dublin we stayed at a 3-star hotel with a prime location, Blooms hotel.

In Belfast we stayed at a charming Airbnb apartment (link to the apartment) in the city center (Link to a 150 NIS discount on your first Airbnb booking).

When is it best to visit Ireland?

The biggest drawback in Ireland (and, in my opinion, the only one) is that it is rainy most of the year, but if you’re lucky (like we were) you can enjoy a rainless week. The recommended months for a trip to Ireland are April-June and September-October. We were there in October and it had rained three times during our stay, never for longer than half an hour – after which, everything became very beautiful.

Our itinerary in Ireland

How long did I stay there? Five nights (two of which were for the conference).

How did I get there? By train from Dublin

Recommended things to do in Killarney

I really enjoyed the trip to the Gap of Dunloe. The excursion in the area includes an hour and a half long boat ride in the most stunning place and a three-hour walk through mesmerizing landscapes. The walking route is at an easy-medium level. There are ups and downs but this is not too difficult a route.

Other things to do are: the Muckross House, built in 1840, and situated opposite a beautiful lake surrounded by magical gardens. The Killarney National Park has lots of hiking trails and you can also take a bike ride there (unfortunately I did not have time to explore it) and there is also the Ladies View point, which requires a car to visit (I got there with another blogger who rented a car).

In addition, you can stroll around the town itself which has good restaurants, cafes, bars and shops. This is a small town and it’s really fun to explore. 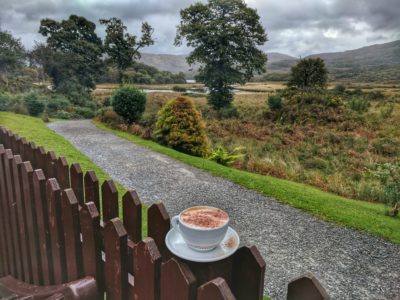 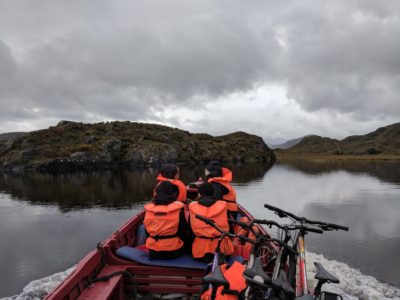 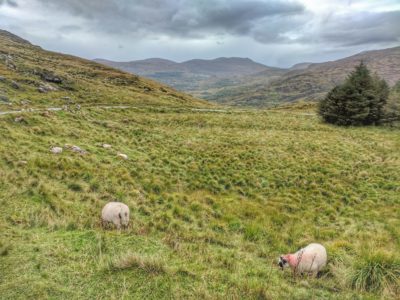 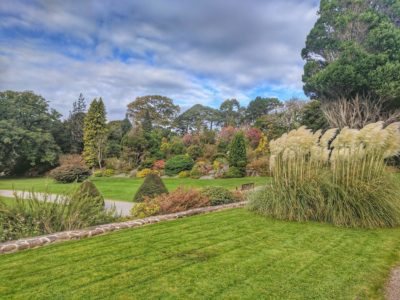 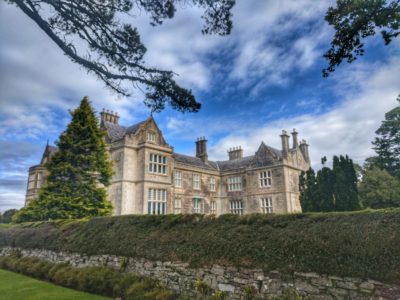 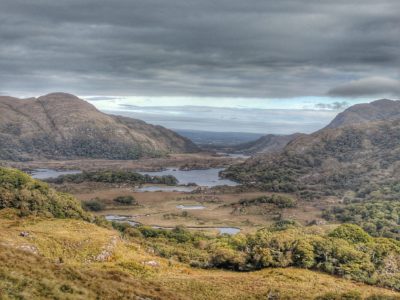 How long did we stay there? Four nights

How did we get there? By train from Killarney

Things to do in Dublin

From Killarney I took the train back to Dublin where I met Roman. We had a full schedule for Dublin and the truth is that I loved the city and all the tours we took in and out of town.

On our first day we took a free tour of the city (based on tips) and learned about the city and its history, from there we went on a tour of the whiskey museum with whiskey tastings and finished the day with an amazing Michelin star restaurant.

On the second day we took a half-day tour of Dublin itself, to the castle and the harbor area and ended the evening with a traditional Irish meal and a local bar.

On the third day we took a full day tour to the Moher Cliffs (a must visit, especially on a day with good weather) which also included a stop in Galway and a visit to Burren.

On the fourth day we did some shopping, walked around the city, went to two beautiful parks and finished with a modern Irish meal.

For our full route in Dublin with recommendations for places, restaurants, attractions and tours. 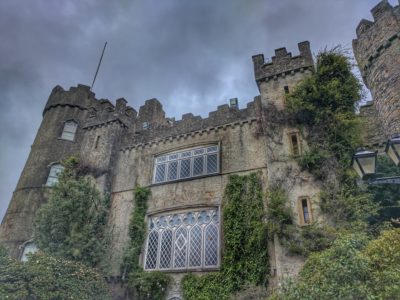 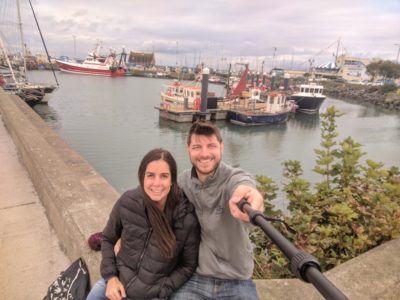 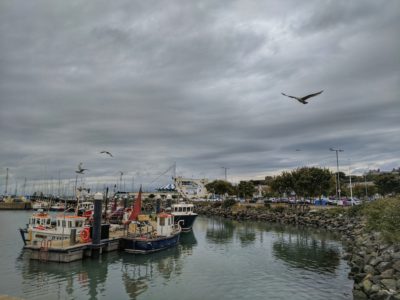 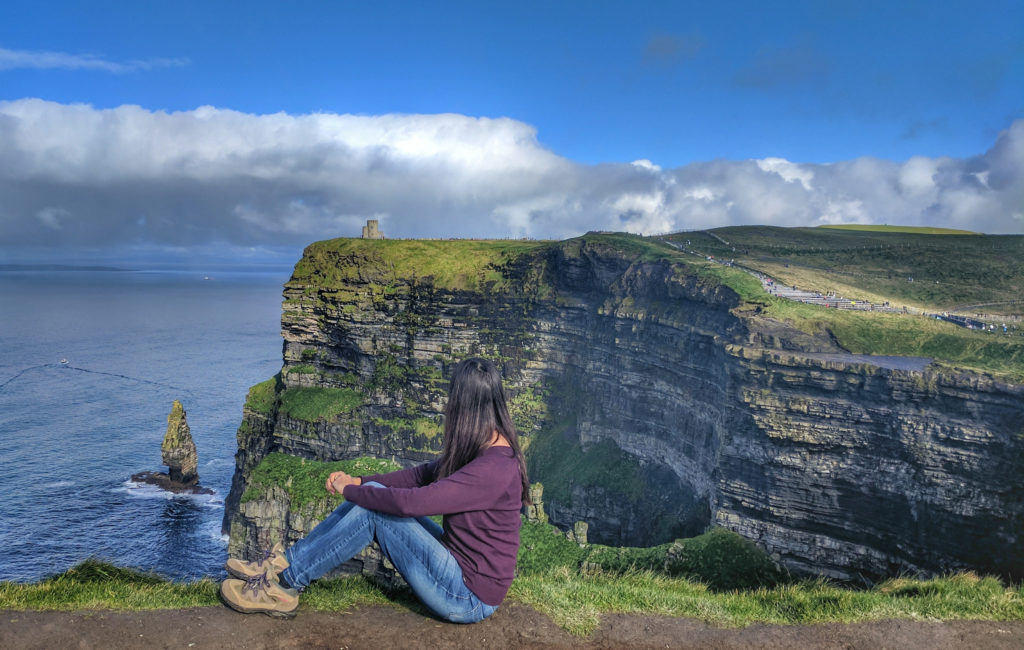 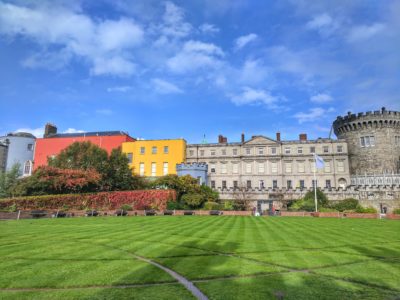 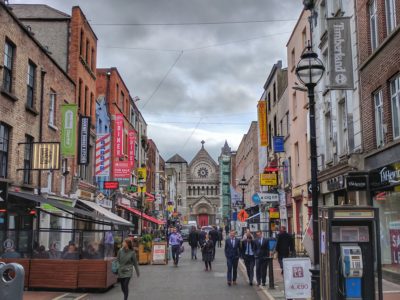 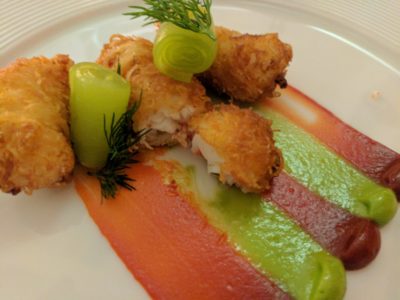 How long did we stay there? one night

How did we get there? By express bus from Dublin

Things to do in Belfast

The truth is that we hadn’t planned to visit Belfast at first, but then we heard about the Game of thrones tour originating there, and that was something we knew we had to do (as fans of the series). We went especially for the tour, for one night. The ride there was on an express bus and within two hours we arrived in the city.

We arrived in town in the evening and returned the next day after the tour, so we did not have time to explore the city itself. One of the things we did not get to do and wanted was the Titanic Museum (one of the city’s most famous attractions). But there was no doubt that the arrival to Belfast was worth it, even just for the tour, because it was amazing!!! And we got to visit the ​​Giant’s Causeway after the tour, an area of ​​about 40,000 basalt columns combined, the result of an ancient volcanic eruption (not related to the series, but it’s in the area and is highly recommended). For details about the Game of thrones tour and our experience.

The tour is also recommended for those who have not seen the series because the places they visit are amazing. 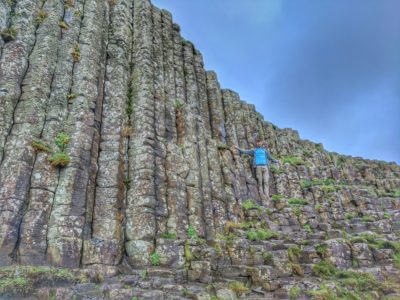 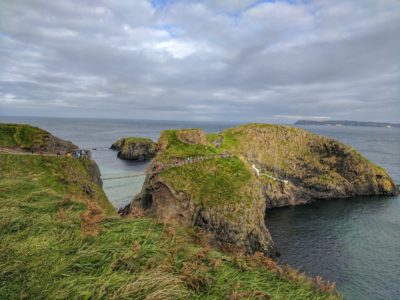 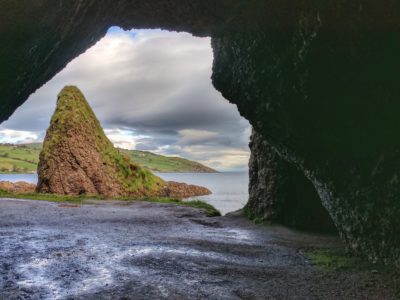 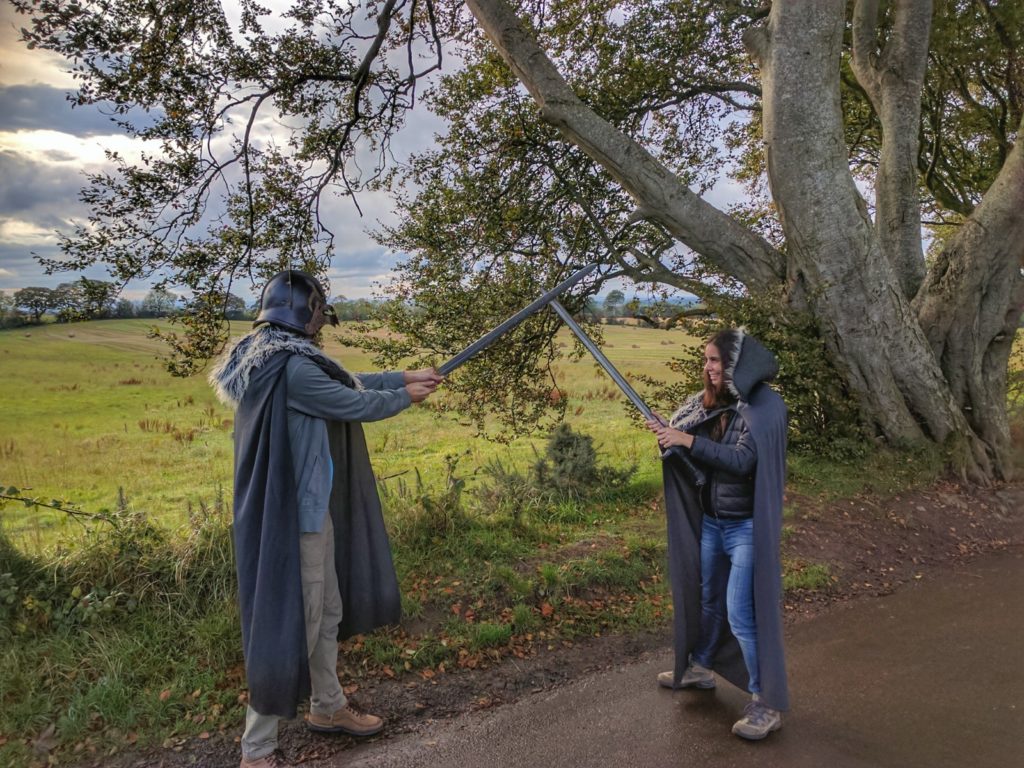