Back to Ireland 😃 This time I'm showing you another tour that we took. This one was from Dublin to the Cliffs of Moher. It was a full-day tour from 6:45 am because the Cliffs of Moher are almost 300 km from Dublin. So it was a long journey but definitely worth it. The tour also included a visit to Burren and the city of Galway. Which I will show you in the next pics. . . #irishdaytours #cliffsofmoher #amazingtour #cliffs #visitireland #ireland🍀 #irelandtourism #trvbox

We heard that visiting the Cliffs of Moher is a must while traveling in Ireland. So we decided to take a tour there from Dublin. We took this tour through Irish Day Tours company. We really enjoyed touring with them and our driver was very nice.

We had to have a very early start, as it’s a day with lots of traveling (Over 700 Km in a single day). Therefore, by 6:45 we were already waiting at the tour’s meeting point, by Molly’s statue. The drive to the cliffs is about three and a half hours long, although about an hour and a half into the trip scheduled stop at a restaurant where you can get tea or coffee and some breakfast. Coffee was vital considering our early start.

During the ride the driver doubles as a tour guide, giving detailed regarding each place we pass – This served to make the ride much more intriguing. Truly, the views were so beautiful that I’ve spent most of the ride hypnotized by Ireland’s grace. 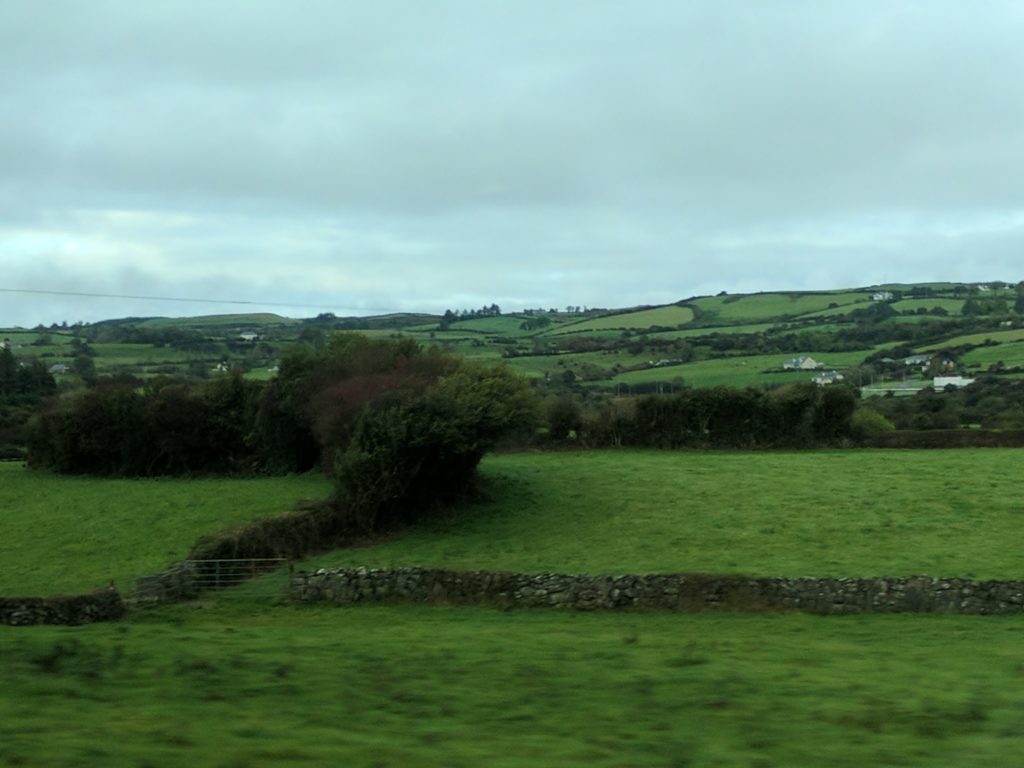 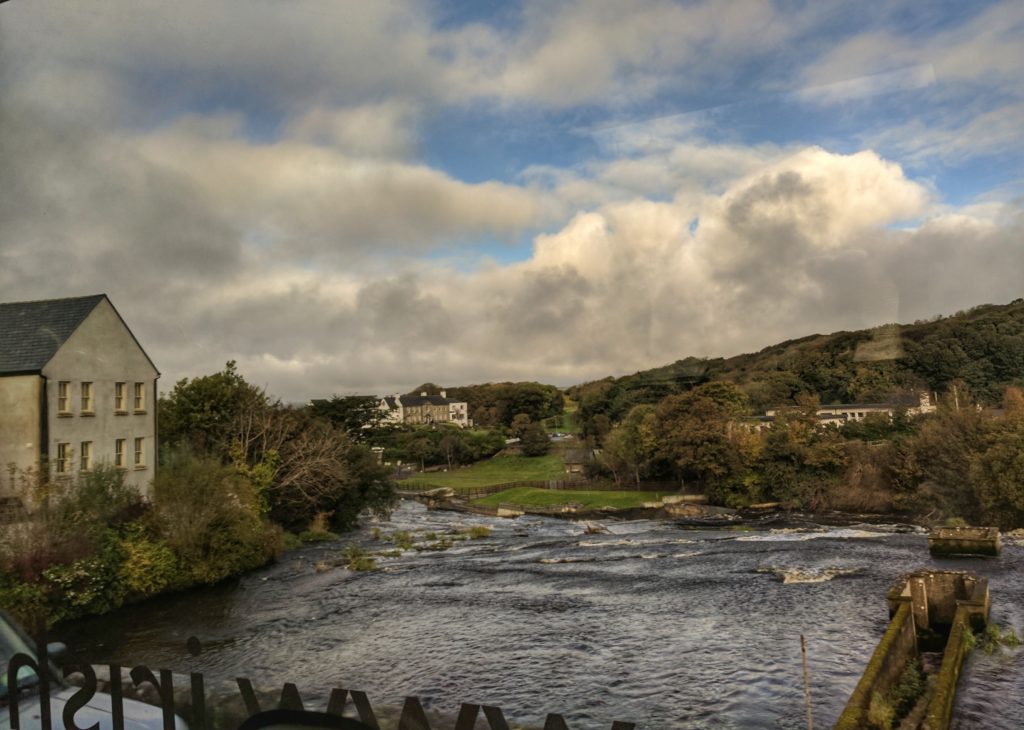 We arrived at the cliffs of Moher at around 10:30 and had some free time to roam the area. Luckily for us, the weather was amazing and visibility was great. We started on the right side and went up the tower (At 3 euros per person). The tower provided a good vantage point over the cliffs. Afterwards we continued to the left side. We had plenty of time to take photos (A ton of them!!) and explore both sides. 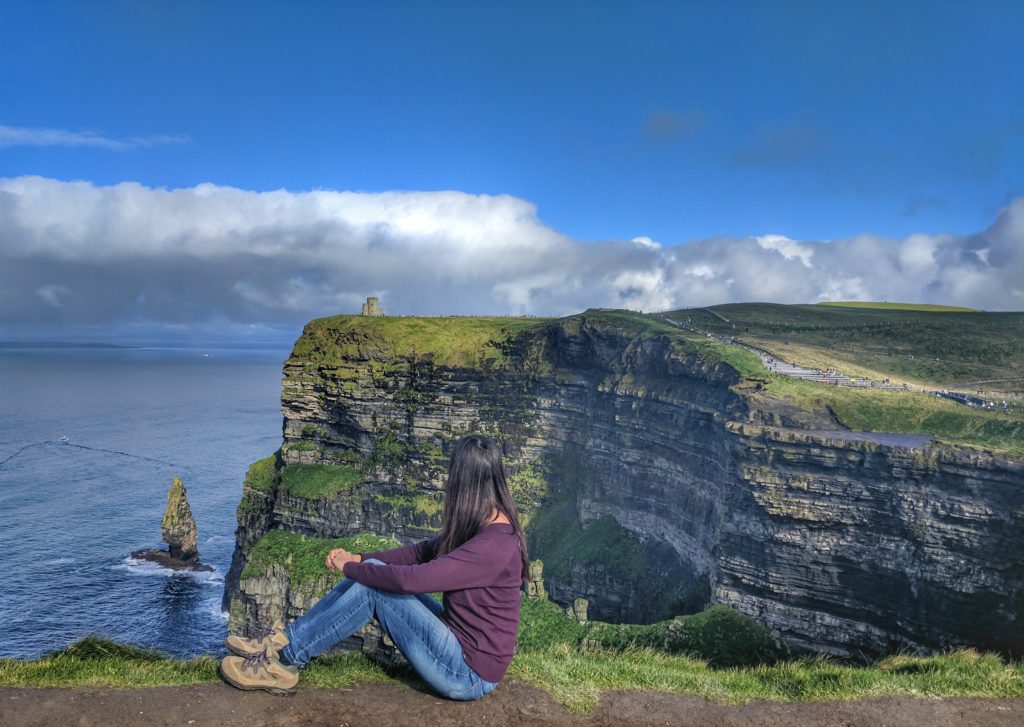 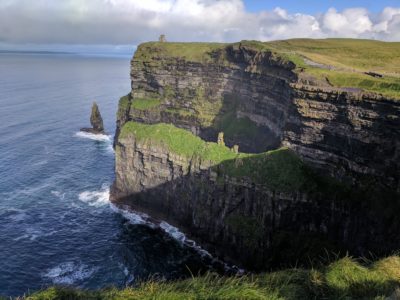 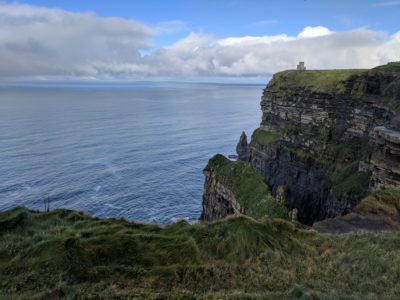 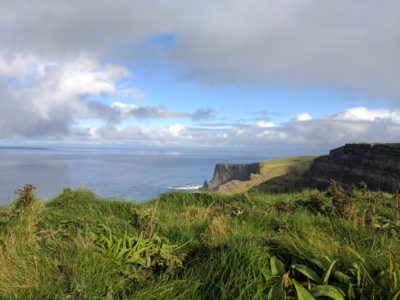 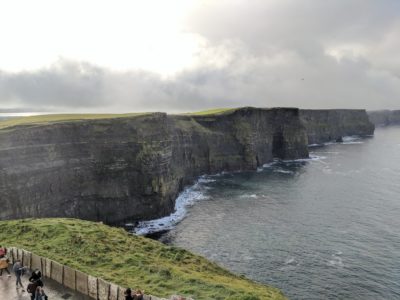 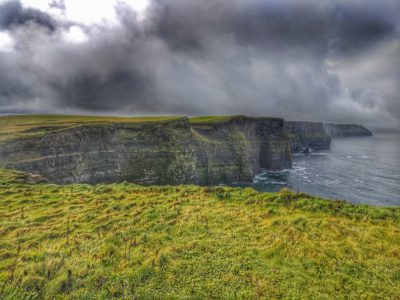 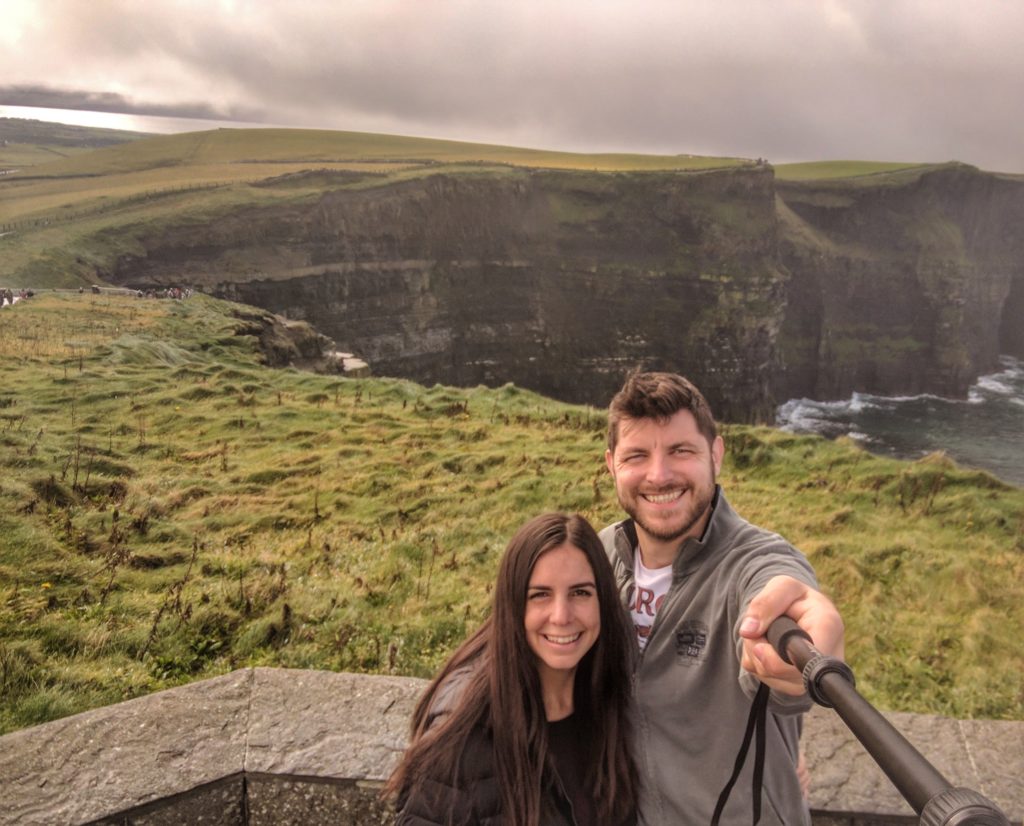 From there, we moved on to Doolin village where we had lunch. There were several restaurants at the area we were dropped off at. The driver told us about a fish and chips place named Chervil, and Roman led us straight there. It’s better to figure out where you want to eat ahead of time, as all the tours stop at the same area and restaurants are packed as a result.

I’d recommend heading straight for the restaurant and not dallying too long over where you want to sit.

While the line does move quickly and the food is quickly prepared, it would be better to sit as fast as possible if only to have more time to enjoy a quite meal. We ordered two servings of fish and chips there. There is also chowder on the menu, which is a creamed fish soup. Although I’m not really into deep fried food, I gathered that you can’t visit Ireland and not try the fish. 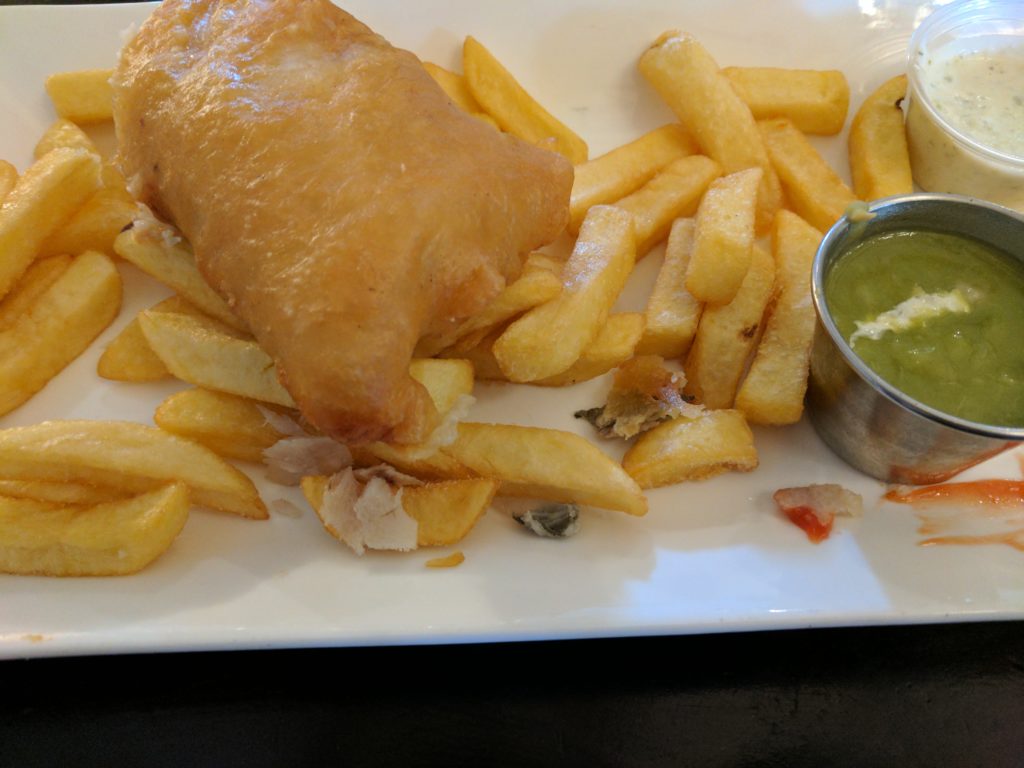 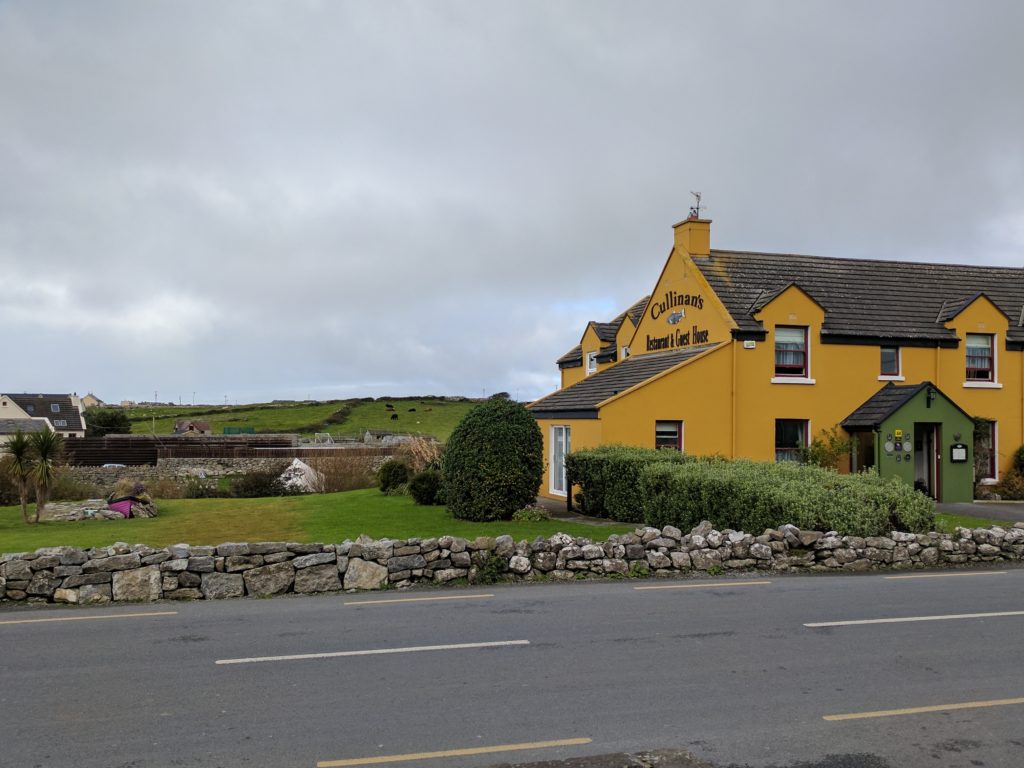 After lunch, we went to Burren – an area dominated by karst landscape, displaying large swathes of layered limestone which goes back to the ice age. We had free time to roam and take photos there. The area is quite slippery and should be traversed with care. 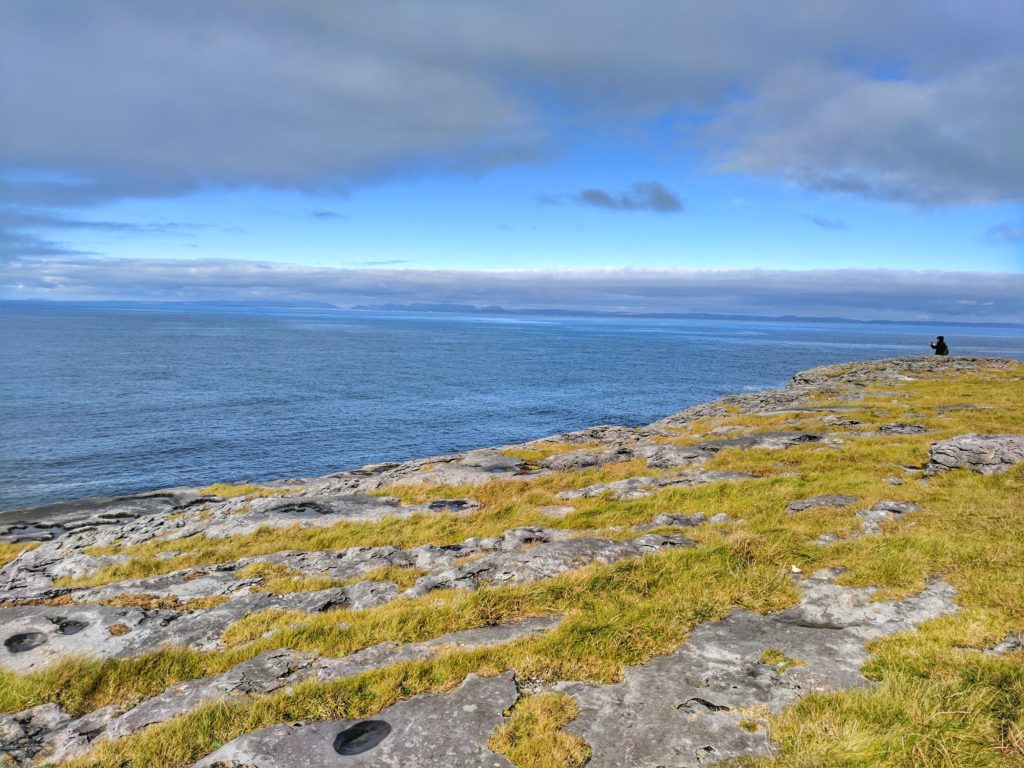 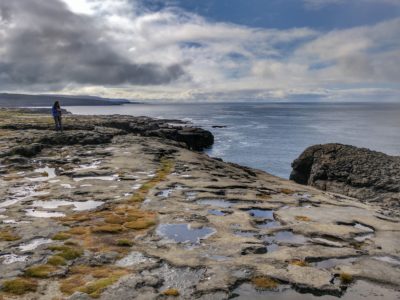 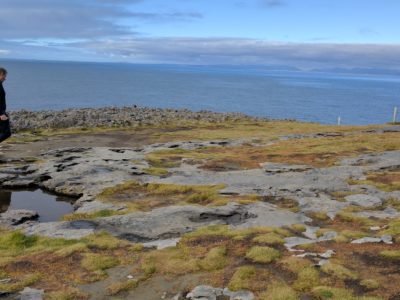 From there, we drove on to the city of Galway where we had about an hour to ourselves. The city was truly charming – if we had more time on our trip we might have gone there for a night or two. The central area is home to lots of shops, restaurants and cafes, as well as many cool street performances. We had a blast walking around and enjoying the jovial atmosphere. We also sat down at the Caffe Nero and had coffee with cookies. 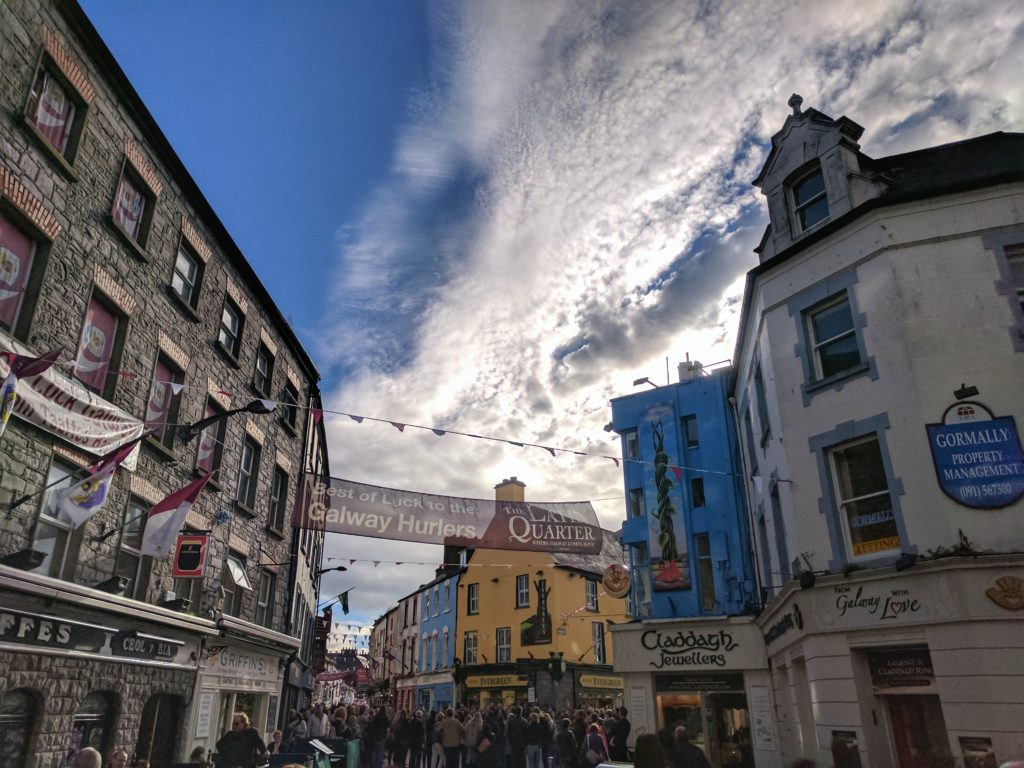 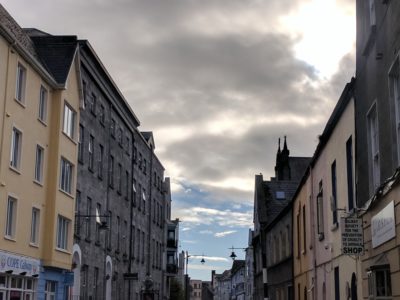 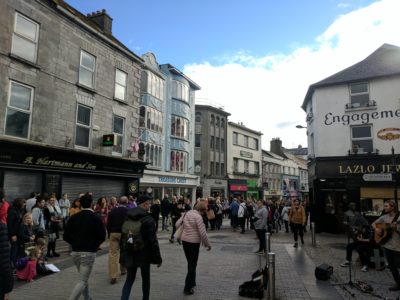 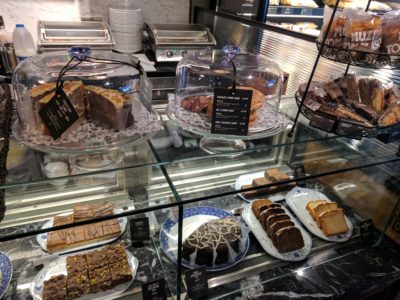 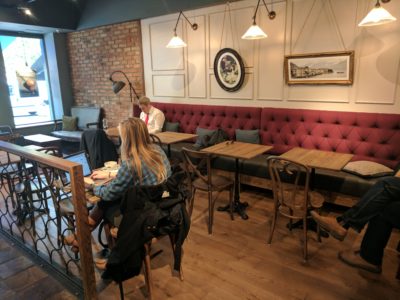 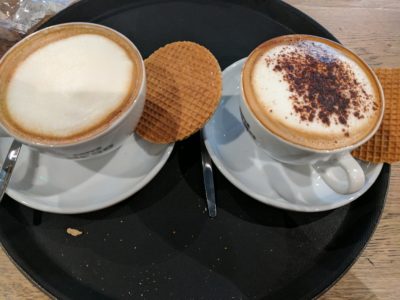 When we were finished, we walked over to the Spanish arch. It’s very pleasant there – lots of people took their coffee to go and just sat around it. 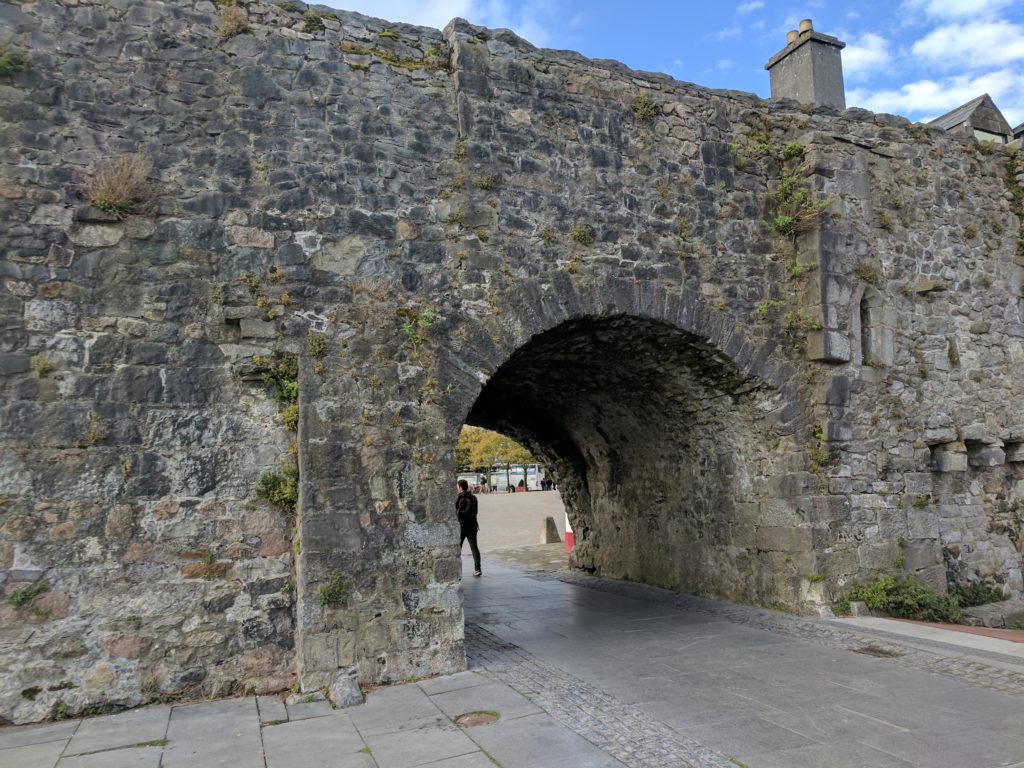 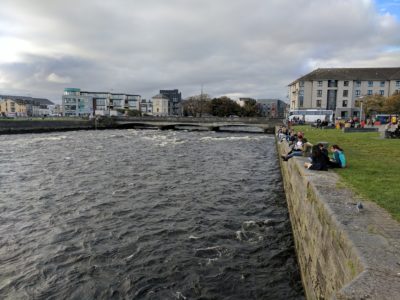 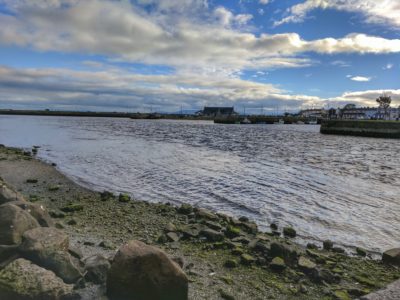 We came back to Dublin at around 19:30. This proved to be one of our favorite tours of the whole trip and we thoroughly enjoyed it. Usually we like to rent a car to travel but the rental costs in Ireland were high, the roads narrow and hard to drive on – not to mention that they drive on the opposite side of the road. We felt that the tours were a great way to explore Ireland that was also less tiring for us.