I’ve been on a graffiti tour in the neighborhood years ago, but it’s been a really long time since and I decided I want to write about such a tour in the blog, as a graffiti tour is a great way to learn about a city in a fun way. I found several companies offering graffiti tours in Tel Aviv. I ended up taking the tour through Abraham Hostel (Link to tour). I’ve been on a bike tour through them in the past and it was great. Additionally, they offer this tour frequently which makes it more readily available and accessible.

Me and Sahar (A Tel Avivi travel blogger) decided to go on this tour together and booked it for Saturday (Early November). We arrived at Abraham hostel, where we met Ye-ela, our guide. From there we continued together to a meeting point in the neighborhood to meet the other tour participants.
We were a relatively big group of around 10 people. Some were tourists (We met a Norwegian reporter) and some were local, coincidentally we were all girls 🙂

Ye-ela started the tour by asking “Who among you ever created graffiti?”
We all said we never have… But it turned out we have. How so? Because graffiti is a personal mark someone leaves in a public space. If you’ve ever signed your name underneath the school table or wrote something in a public bathroom stall, it means you’ve created graffiti 🙂
Yaella told us about the history of graffiti and when it became a popular global phenomenon and how street art became a global movement, including in Israel. 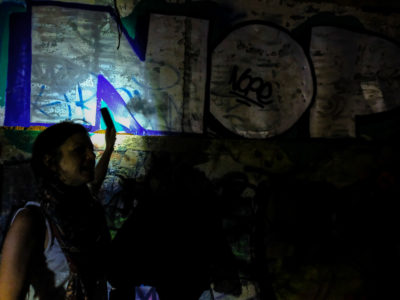 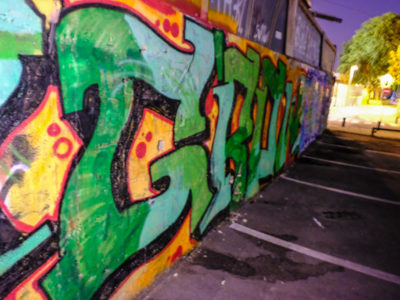 We then learned about the different techniques artists use to create graffiti, like the Throw Up technique – Which is rather self-explanatory, it means someone throws up his signature quickly on the wall. It takes about two minutes and its goal is to say “I’ve been here”.
There’s a technique called Masterpiece, which is essentially several artists working together on a single piece. There’s also the burning technique, where an artists burns his signature all over the wall and it’s usually colorful and without a tag.
Some artists use stencils to create more accurate artworks. It also helps them work faster.
Anyway, there are many more techniques, but you can hear about that on the tour itself 🙂 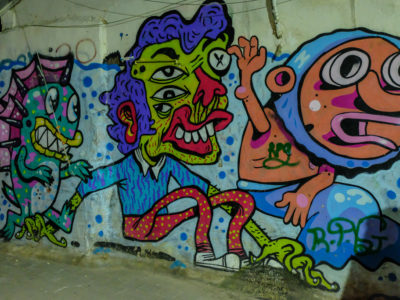 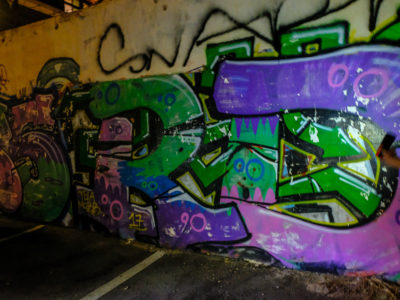 Throughout the tour we’ve learned about different artists in Israel, such as Dede who likes to use the eye motive to question who watches whom? He likes creating the illusion of 3-Dimensions.
During the tour we walked through the neighborhood and stopped every few minutes by another piece of art, where Ye-ela told us the story behind it. What’s nice about street art is that anyone can interpret it his own way. There’s no right or wrong.

Usually the artist wants to express a social or political stance, or just get exposure for his art.
Some artists have unique signatures to identify themselves by, like Dede’s band aid signature, and some prefer to stay anonymous and don’t leave a signature at all. Sometimes you can recognize artists by returning motives they use, like an artist who always draws a Lego figure. 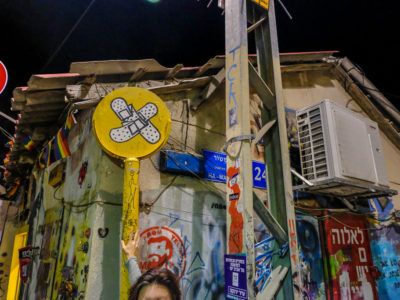 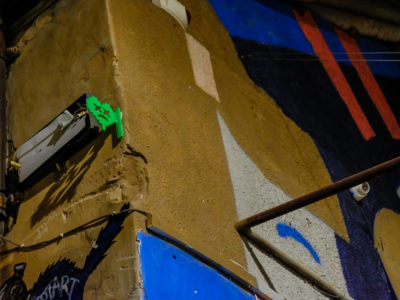 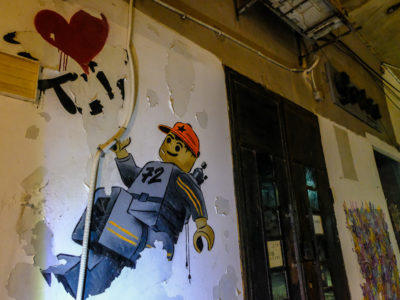 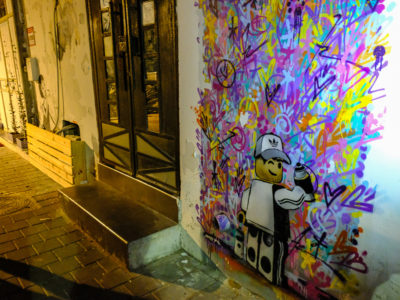 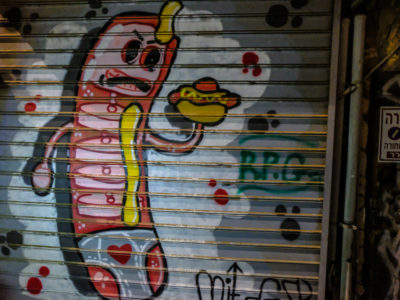 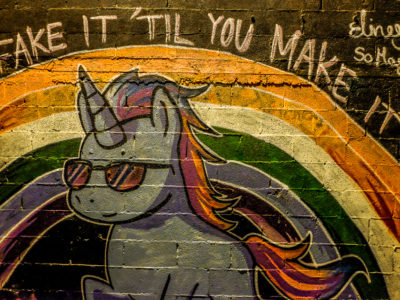 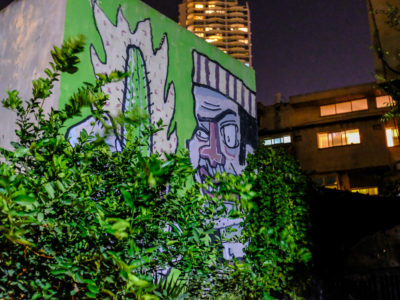 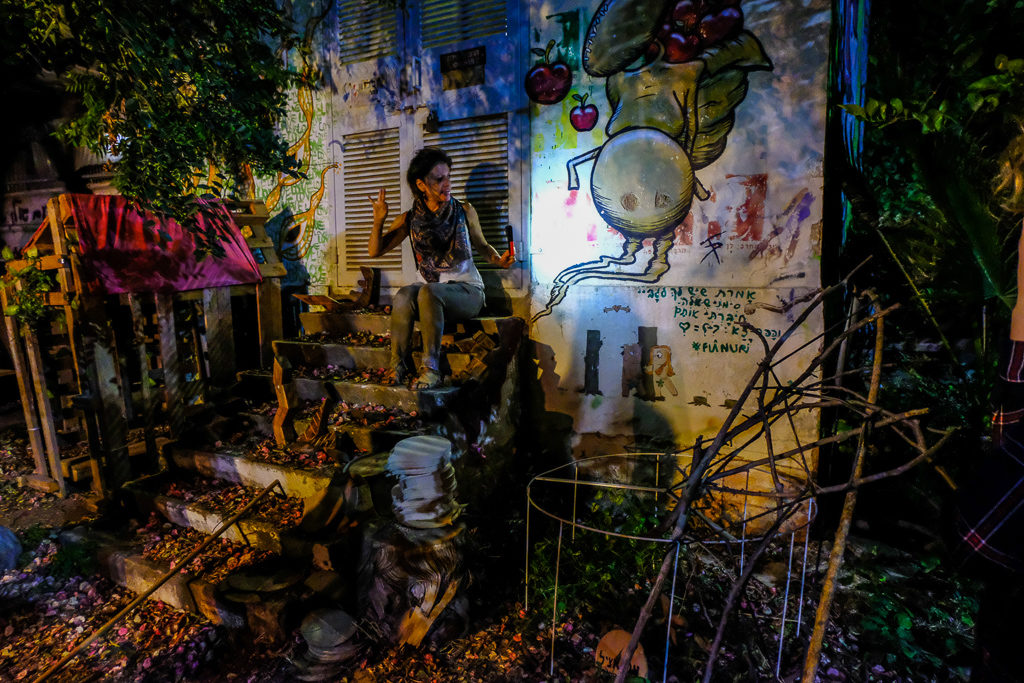 More about the graffiti tour

To summarize, the tour was just over two hours. It let us learn about the culture in Tel Aviv, the opinions of the citizens, the city’s future and more. Ye-ela raised interesting topics during the tour, like why the municipality doesn’t paint over the graffiti despite it being illegal. She spoke of struggles between different artists, about protests by women, vegans and more.

The tour was during the afternoon and at some point, it became quite dark (Due to daylight savings time), so Ye-ela used a flashlight to show off the graffiti we saw. It added to the graffiti experience, as artists usually work at night so as not to be seen and it felt like we were part of that experience.
Ye-ela lead us among hidden alleys (I’ve been in the neighborhood many times but have never been to them), alleys where the artists come to practice. We also passed through a community garden that residents nurture, as well as create art in.

In Florentin you’ll come across different graffiti every second, and on the tour we couldn’t learn about all of it, but every time we came across something that interested us and asked Ye-ela about it, she elaborated on the subject. There were also creations made for a once-off project to create some buzz and exposure and is now mostly gone.

Those who enjoy street art, are looking to learn about the city in a different way, like discovering hidden corners and hear the stories behind the art – Will love this tour 🙂 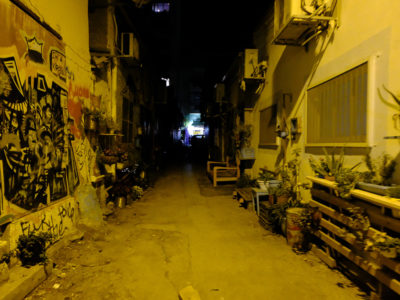 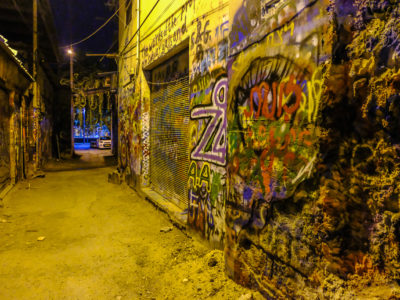 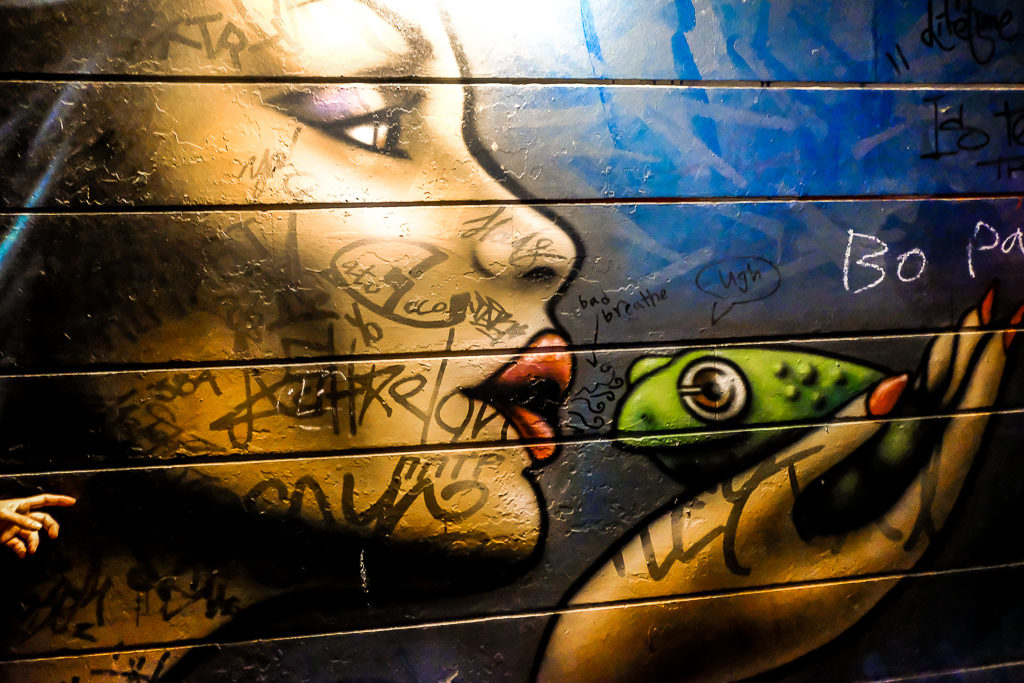 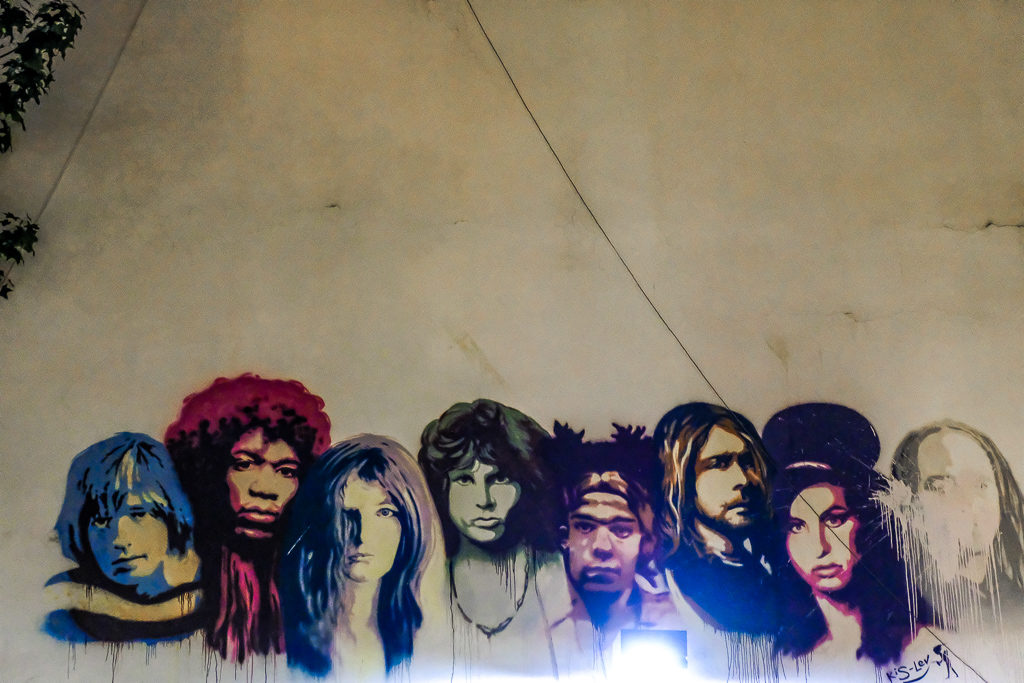 We are Nofar and Roman, and we are travel bloggers from Israel. About two years ago we both quit our jobs so we can start traveling. Our motto is “Combining the good life with local experiences” We enjoy the good life! But unlike all the other luxury travelers, we think a trip cannot be complete without trying some local experiences. Nothing like returning to a 5-stars hotel after a 5-hour walk in the mountains!
Continue reading About Us