One of our favorite things to do while traveling abroad is to try local food, and if possible, go on a food tour, so we can try as many dishes as possible. Lately it struck me that I’ve never been on such a tour in my own country and I’ve decided it was time to change that. I began searching for food tours in Tel Aviv and found several companies offering food tours before coming across Bhuka tours, which excited me a lot. Why? Both because of their many comments and recommendations and because they offer food tours in many areas of Tel Aviv.

Since I live in Tel Aviv, I’ve been to the Carmel market and Jaffa often and even Neve Sha’anan. However, I’ve never been to Schunat Ha-Tikva. It was immediately clear to me that I want us to go on a tour of Schunat Ha-Tikva, and after the fact I can say it was an excellent choice.

We met Moni, the guide (One of the founders of Bhuka tours) and two more couples (A couple from Ra’anana and a couple from Gadera. It turned out the girl from Ra’anana had a birthday and her husband brought her on the tour as a surprise, and the guy from Gadera had a birthday and his wife brought him on the tour as a surprise, and we were simply there because we love food :)).

Moni came with a specially designed cart (They built and designed the cart especially for the tour), at first, I didn’t understand why he needed a cart – but it turns out it’s considered the symbol of the tours and it was one of the factors which made this such a fun experience.

The cart’s top part is a wooden plank which serves as a table and the bottom holds a cooler with a ton of wine bottles (Red and white), as well as water. Despite the tour starting at 10:30am, it didn’t stop Moni from serving us each a glass of wine. At first, I felt weird drinking wine so early, but let me tell you, that glass almost never stayed empty for long for any of us (Every time we finished our wine Moni hurried to refill it). Thus, we ended the tour full and very drunk, although it was only 1pm. 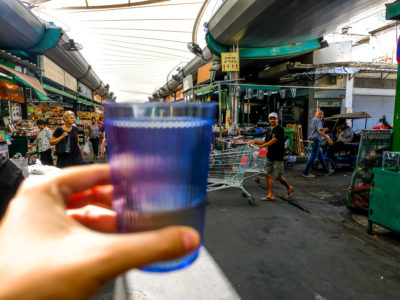 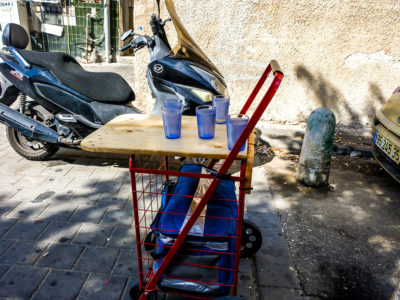 First off, Schunat Ha-Tikva is so cool and I now feel like coming back there more. The market there is the most authentic of all of Tel Aviv’s and the atmosphere there is that of a real market, with shouting merchants, jovial people and lots of food. What I liked about this market is how wide it is, you can easily walk in it without feeling crowded, even on Fridays.

When we started the tour, Moni warned us that the food tour scene isn’t know in this market and people don’t understand the concept, so we he serves us food we need to watch our plates, as people might think he’s giving out free samples for everyone. We thought he was kidding but he really wasn’t!! We found ourselves closing a circle around our table to prevent people from taking the food. It’s a really funny experience.

Moni started the tour with stories of the area’s history, he told us many things I never knew, and it was really interesting. Also, he lives in Schunat Ha-Tikva so it’s great to hear his stories and experiences as a local. We spoke of the neighborhood’s stigmas and the point of the tour was to change our perception of it and show us it’s in a period of growth and development.

I don’t want to say too much about the food itself, as being surprised by the dishes is a major part of the tour. I will, however, add a couple of photos and say we had dishes from different origins, such as Armenian, Yemeni, Persian, Iraqi and others. I will also say that our first stop was a place which started as a hole in the wall and is now one of the most sought-after locations, which people come specifically to visit due to a writer who has written about the place (There’s a good reason why this was our favorite dish of the tour). 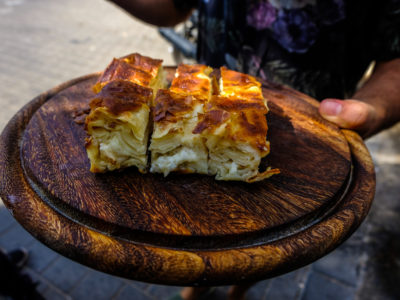 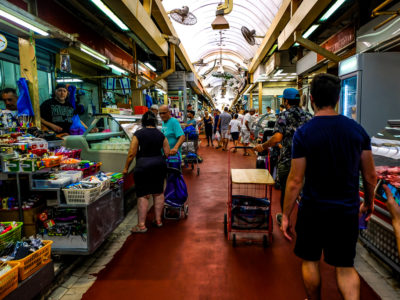 There were several stops during the tour and each time we ate different food and of course had more wine. I must admit that by the end of the tour I was really full, as were everyone else. Besides Roman who always manages to surprise me with his stomach’s capacity and could finish all of the food offered to us. I think he represented us well, as I couldn’t have any more and had to take two meals to go for later. 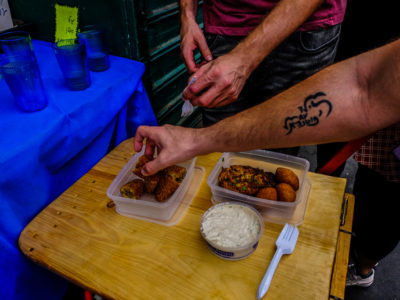 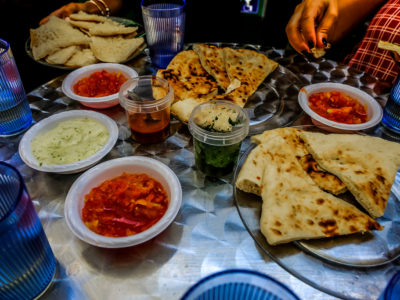 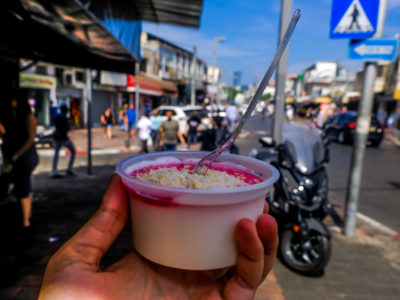 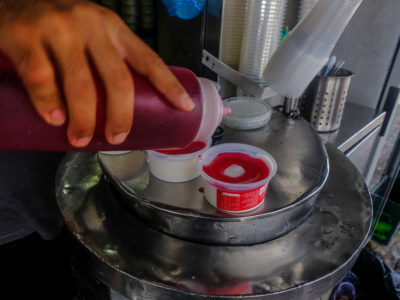 A bit more about the tour

Moni was one of the funniest, most interesting tour guide I ever met and lead the tour in a really fun manner. Both of the couples with us were charming and it was a special kind of culinary, intoxicating hangout on a Friday morning.
It’s an activity fit for friends, couples, singles and families and is definitely one of the food tours I’ll remember fondly. To be honest, I’m already considering joining Moni on his other tours of Tel Aviv, since this one was simply great. 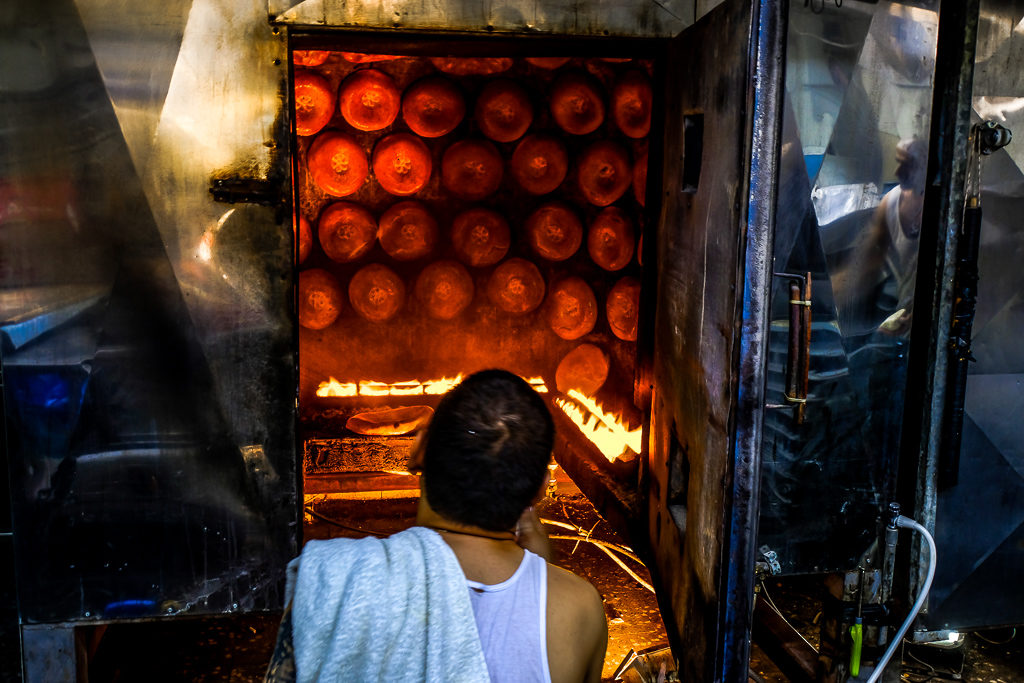