Since I’ve lived in Tel Aviv for many years, I decided it’s a good idea to write more about it for the blog. I started exploring the city, the cafés, restaurants and markets, as well as the tour scene – looking for the most recommended tours. I found several good tours, like the food tour in Ha-Tikva neighborhood and a free tour in Jaffa. A few weeks ago, I got to know Avital.

Avital is a super cool chick who leads bar tours in Tel Aviv on weekends (Website link). Although Avital only recently started doing this, her energy made it obvious she was perfect for the job. Me and Sahar, another Tel Avivi blogger, decided to join Avital on a tour to see if it’s worth putting on our blogs and as you can see, the answer is yes!! A firm yes!!
Besides Avital taking us to amazing hangout spots, the tour also rewards you with skipping the line of people (Which is long) and includes the entrance fee to places which require it and a chaser at each location (Four different places) and your first beer for free!

I must admit that it’s been a while since I’ve gone partying in Tel Aviv. Maybe it’s the traveling around the world, or just me getting older, but the tour with Avital brought back the desire to go out more often and I hope now I’ll start ripping the town again or, at least, go out more 🙂

We met Avital on Rothchild street by a pizzeria, Avital arrived happy and smiling. At first, it was Sahar and I, a guy from Mexico and two girls from Australia. Avital explained a bit about the tour and that there’s another group of 6 from a local hostel who will join us later during the night.

So, we started the tour.

Our first stop was at a cool bar with seating inside and out. We wanted to sit outside but unfortunately there were no empty tables, so we went in. There was good music and we chatted among us. It turns out the guy from Mexico wasn’t even planning on visiting Israel but met an Israeli in Munich and they became friends, and the Israeli told him that Tel Aviv is a great destination for nightlife, so he decided to come to Israel.
The two girls from Australia were cute and we talked a lot. One of them DJ’s as a hobby and they both really liked Tel Aviv. At some point Avital returned with a mug of beer for each person and a chaser of Arak (Included in the tour price). We spent about an hour at the bar and the guys from the hostel joined us. Among them were a couple from England and a guy from Guatemala, and together we moved on to a dance bar. 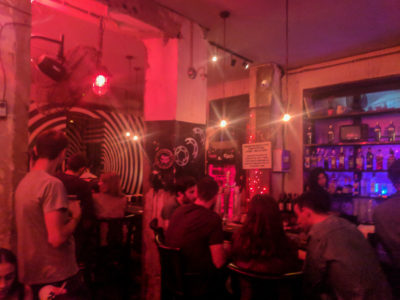 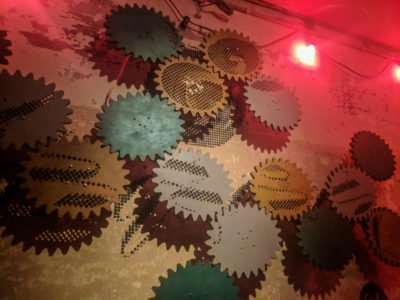 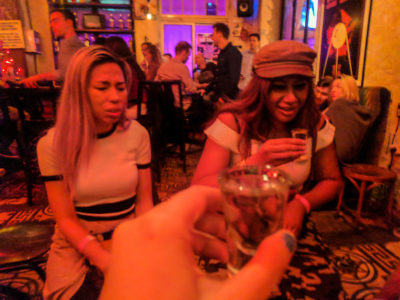 This is one of my favorite places in Tel Aviv and a great place for those looking to dance. Since it was a stormy weekend I came wearing pantyhose which was a mistake, as it was really hot there. I enjoyed this part immensely, as I like dancing and it was great timing as we already got to talk at the bar and were enjoying dancing together at the bar. There was great atmosphere. Avital brought us chasers mixed with Mango or Lemonade. Where we were dancing there was great hip-hop music and there was also an 80’s room. 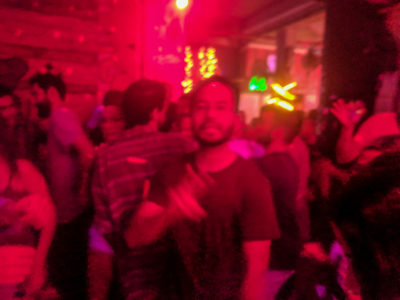 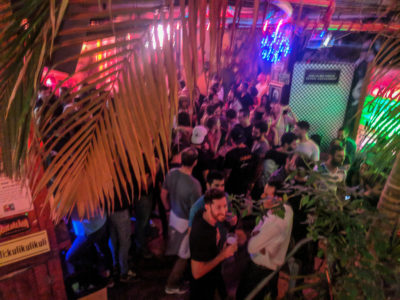 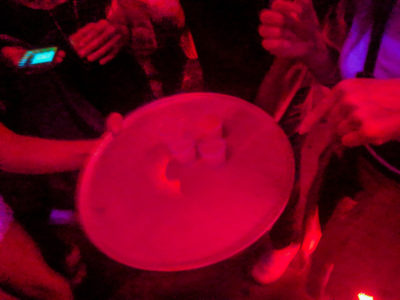 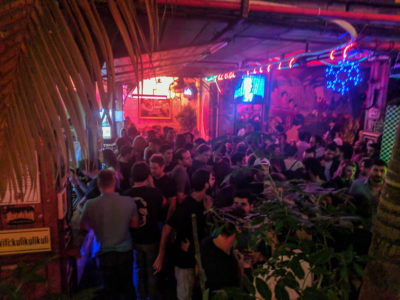 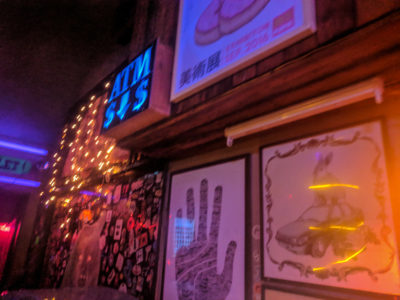 After getting into the dancing mood, we moved on to an actual club. Walking in there was immediately popping music, playing all the latest hits. In a second, we were dancing like mad and it was a ton of fun. Avital brought us coupons for a free chaser. We all danced together and sometimes Avital danced with us. 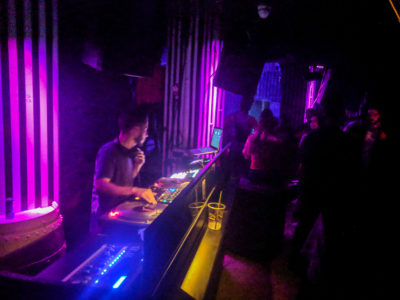 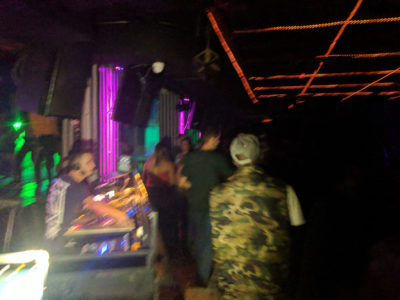 There was actually another stop after this place, but we decided to retire home as we had plans for the next morning. This tour surprised me for the better (Roman and I did a bar tour in Berlin and it was a total fail, so I didn’t have any high expectations).

I think anyone looking for a fun night out in the best places in Tel Aviv with great people will enjoy this tour. It’s great for locals and tourists as one.