A month prior to our trip to Finland, I just finished planning our route when I ran into our neighbor. I told her about our trip to Finland and she said they were there last year on an organized trip, and that one of the trip’s highlights was swimming in ice water on an Icebreaker ship.

I got excited right away and decided we had to do that too, if it’s such a great, unique experience. I’ve began researching for a way to book the cruise and found the Experience365 website, belonging to the office of tourism for the town of Kemi. I mailed them and said we’d be glad to join the cruise and share the ice-breaker experience with our followers. To our joy, they loved the idea and so we got to partake in one of the craziest attractions in Finland.

How to reach the icebreaker ship from Rovaniemi, Lapland

Sometimes there are organized rides from Rovaniemi to the ship, but that wasn’t the case when we were there. However, the way is very simple. We took a train from Rovaniemi to the town of Kemi, through the VR website. The train ride was 13 euros a person and lasted about an hour and twenty minutes.
Riding the train was really fun, as we sat in the train’s restaurant the whole ride and had coffee there (There are reserved seats, but we preferred to sit in the restaurant that was both spacious and with hardly any people there).

We arrived an hour early to the train station in Kemi and were happy to discover there was a really good cafe there, where we sat there until our ride arrived. 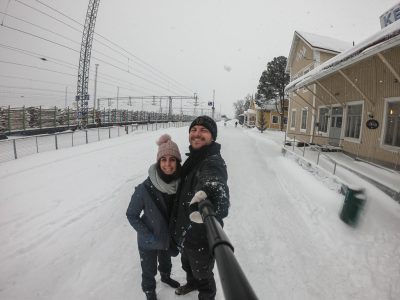 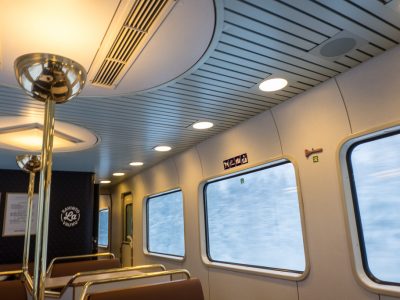 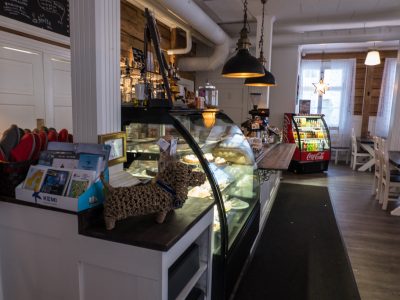 Our cruise was at one o’clock, it was the four-hour cruise. The bus picked us up at 11:50 from the train station. The ride to the ship was around 15 minutes. On the ride, one of the tour guides told us a little about the town of Kemi and the Lapland area, and then told us a bit about the cruise itself. When we reached the ship area, we went to the reception office to check in. We got the tickets for the ship and the ship’s schedule.

At first, we went into the ship and one of the guides accompanied us to the lounge area. She said that at one-twenty she would come back to give us and two other couples an English-speaking tour of the ship (it turned out that apart from us and the two couples, there were three other organized tours from China and they had a tour in Chinese). We went out to take some pictures (and it was very cold outside, but we were mentally prepared for it) and we waited for the guided tour. 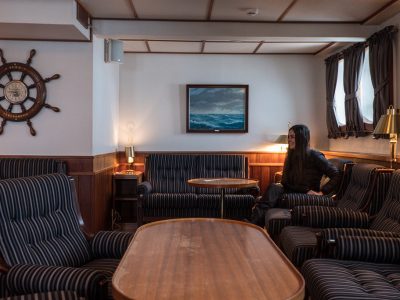 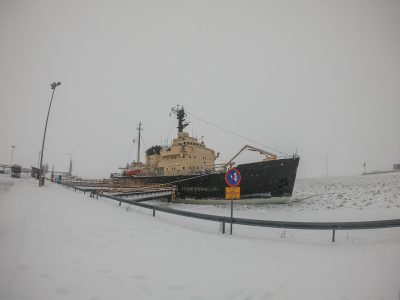 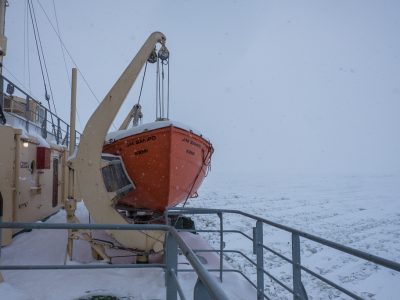 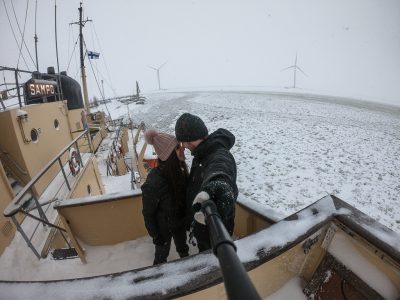 Guided tour of the ship

At first, she told us about the ship itself. For example, how does it break the ice? It turns out this is due to its structure and weight. The ship weighs 5000 ton and actually rises above the ice with the front part and because it weighs a lot, its weight pushes it down and that’s how it breaks the ice. After a bit of history and technical explanations about the ship, we went on a tour. We went through different rooms on the ship like the control room, the engine room, a radio room (which is no longer in use) and the guide showed us where to stand in order to get the best view of how the ship breaks ice and makes its way through it.

The tour lasted about half an hour and it was really interesting. This is a good way to learn more about this special ship. After the tour the guide led us to the dining room. 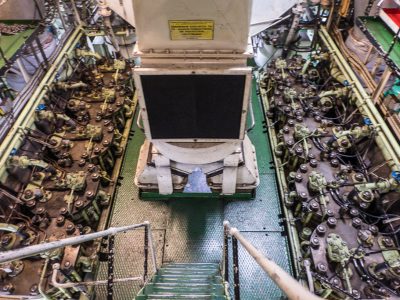 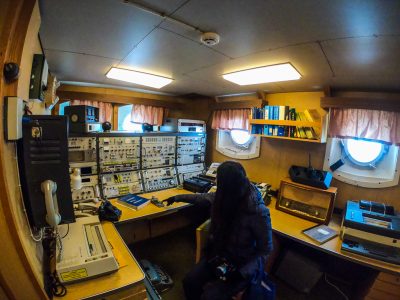 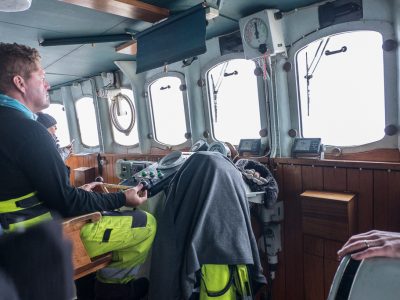 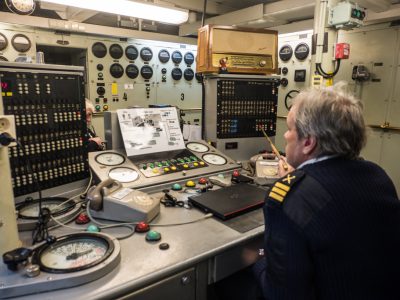 Buffet lunch on the ship

Lunch was a bit crowded, since the ship was at full capacity, but the crowds let up within a few minutes. On the menu were two soups, one was vegan with carrots and coconut, which was excellent, and the other was a Salmon soup Roman really liked. For mains there was the option of a vegan or meat stew, steamed vegetables, as well as several salads and breads.
The meal was excellent and delicious. 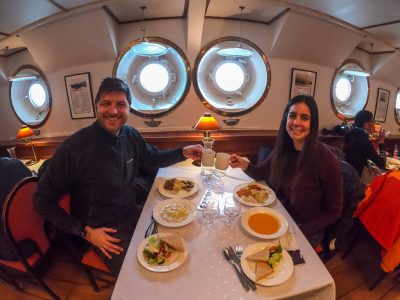 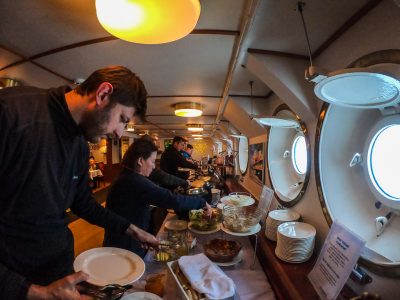 After the meal we had free time on the ship, and we went to get some more pictures and videos, then proceeded to the lounge. At three twenty the shop stopped, and we could go experience swimming. I must admit I was apprehensive from what I was sure would be really tough and that the special suit they give you won’t do much good. But, somehow, it truly gets the job done!!
We went down to put on the special suits. There are employees that help you.

We recorded it all on our go pro, a souvenir from an embarrassing moment in our life, since with the suits on you look like giant, red frogs. They let a couple of people in at a time, but the team there worked quickly and in an organized fashion and so there wasn’t a long line.

We climbed the stairs of the ship and then got off the deck. To get down to the water you sit on the ice and one of the employees there pushes you in. You can be in the water for between 2-4 minutes. I do not know how long I lasted but it felt long enough to me :). I swam a little when I wanted to turn around and go back to the ice so the worker would help me out. This attraction is suitable for anyone above 1.45 m. It’s not scary and the truth is that it’s not that cold and it’s really funny and fun. I was a little stressed before I entered the water but very quickly the fear disappeared because I felt that the suit really well sealed and I didn’t feel cold on my body, except for my hands. 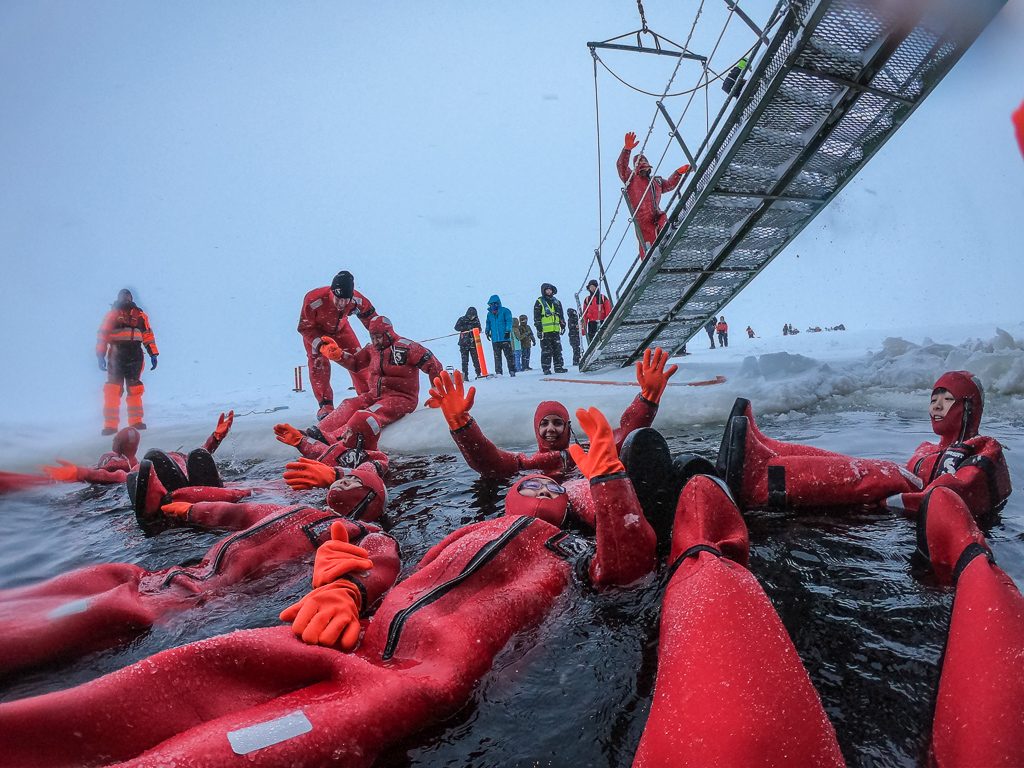 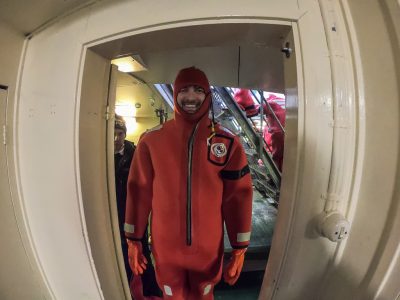 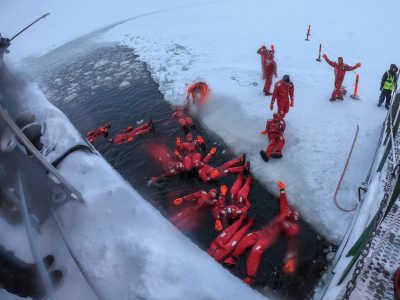 Walking over the sea

After our refreshing swim, we went back to the dressing room and switched back to our regular clothes, then got off the deck again – this time to walk over the sea!! It’s a really exciting feeling to know you’re walking on the sea. Everything is frozen and white (Even the sky) and the ship is the only thing in sight. It was an amazing experience. We had some fun with snow sleds and took a few pictures, until finally the cold prevailed and we went back inside the ship. 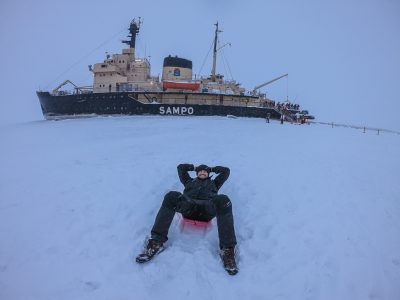 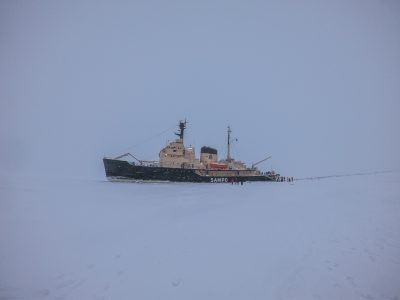 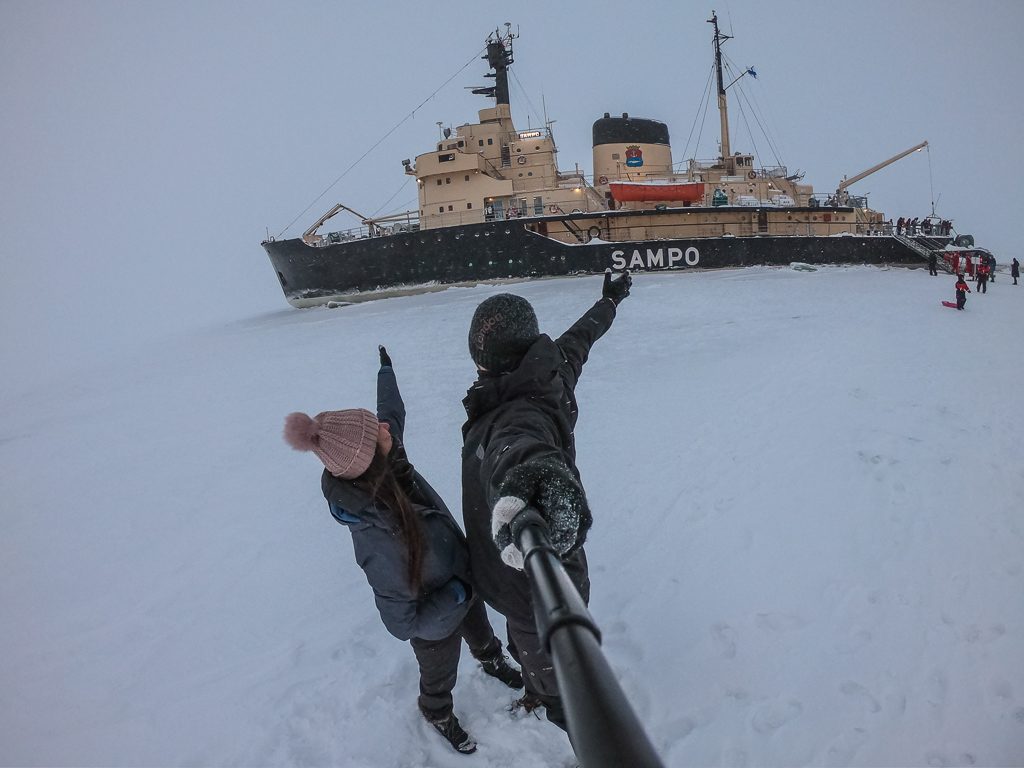 Hot drink in the lounge 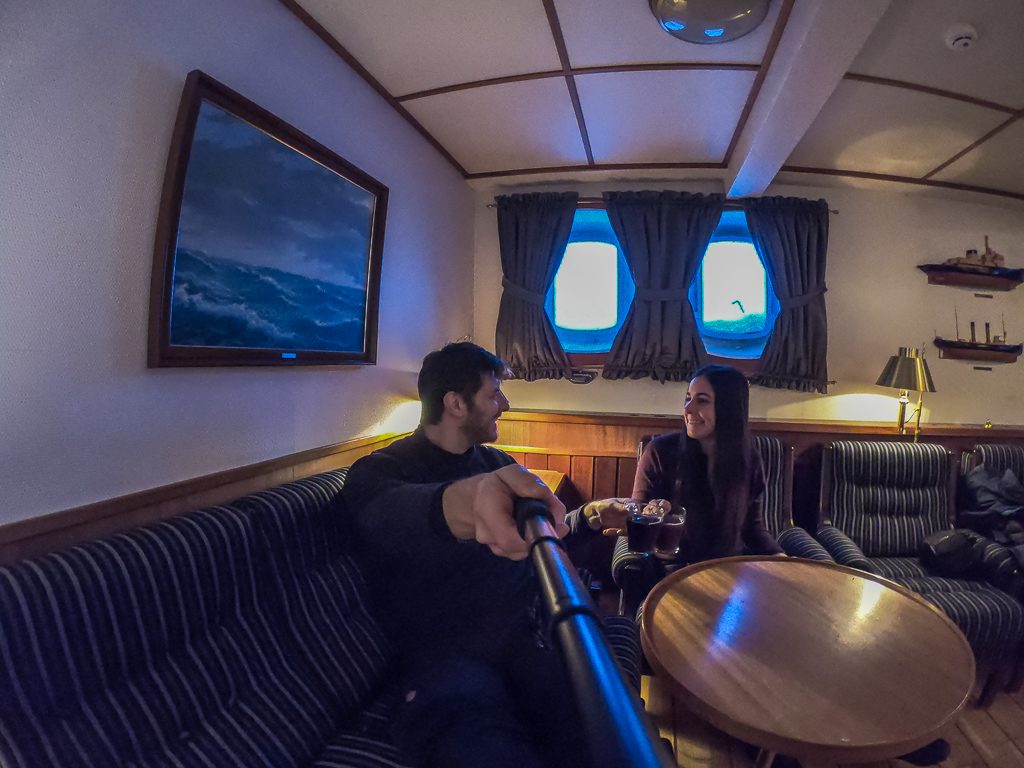 At five o’clock we docked back at the Kemi port and headed outside. It was snowing hard and before we boarded the ride to the train, we received certificates of appreciation for swimming in the ice.

We had an hour and a half to spend before the train back to Rovaniemi, so we used it at a nice coffee shop at the train station and ordered coffee and toast.

I highly recommend going to this café, as it is really great.

The icebreaker experience is an extraordinary experience and definitely enjoyable. This is something I never thought I would do, and I feel lucky to have experienced something so special on a trip as magical as this one was.

There is no doubt that the cold we’d experienced on the trip was tough at times and I had moments when I missed the warmth of Israel, but I will always be happy to return to this country full of unusual attractions, super nice people and beauty seemingly out of legends.