There are endless attractions and things to do in Las Vegas. I tried to write as many options as possible and the best things that we’ve done in Las Vegas

One of the best things was

We weren’t certain which show to see of Cirque Du Soleil. But after we read many reviews and because of the fact that we love Michael Jackson’s, songs we decided to choose this show. And I’m so glad we did.

It was undoubtedly the most amazing and exciting show I had ever seen. The combination between the dances, acrobatics, and Michael Jackson’s songs was absolutely hypnotizing.

The show brought him back to life and it’s something I never thought I would experience.
I can’t say enough to describe how good it was. I can just recommend it and say you must go see it.

The show is in the Mandalay Bay Hotel.
We ordered from the site Vegas.com. On the day itself there’s a 14% discount. But you need to take into consideration that maybe there won’t be any good seats left 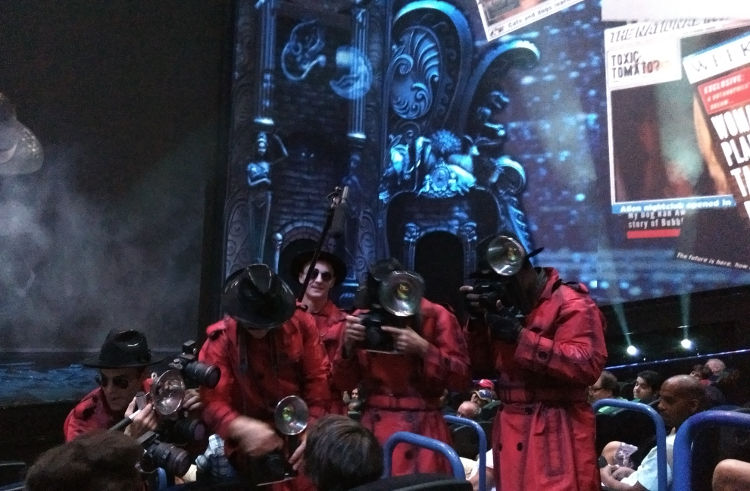 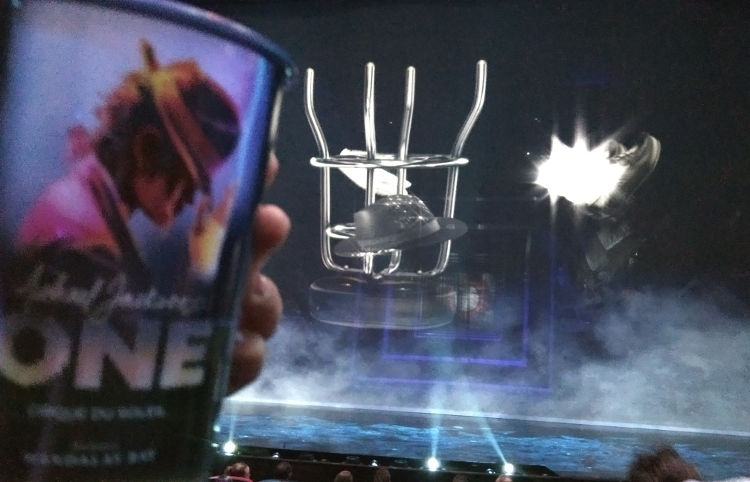 Obviously this is one of the main attractions in Las Vegas. For all the fans of lucky machines, poker games, roulette, and more, Las Vegas is the place to go to. Everywhere you look you will see a casino. I recommend to budget the amount you are willing to spend there. Otherwise you might lose a lot of money (or win a lot of money, of course ;))

Wandering around between Las Vegas Hotels

The hotels in Las Vegas are crazy!! Words can’t describe the huge size and luxury of each hotel. Every hotel is like a city. You can move from hotel to hotel for many days and still not see all. Many hotels have themes like Paris, New York New York, Venice, and more.

In the very big hotels on the main strip, there are many restaurants, bars, attractions, shops, and casinos. When you go into the Paris hotel you feel like you flew to Paris in a second and in the New York hotel you will get confused and for a moment you really can think you are there.

In some hotels there are trams so it’s really convenient to transfer between the hotels. If they don’t have a tram you can transfer by foot or by bus. You can but a one-day pass for it. 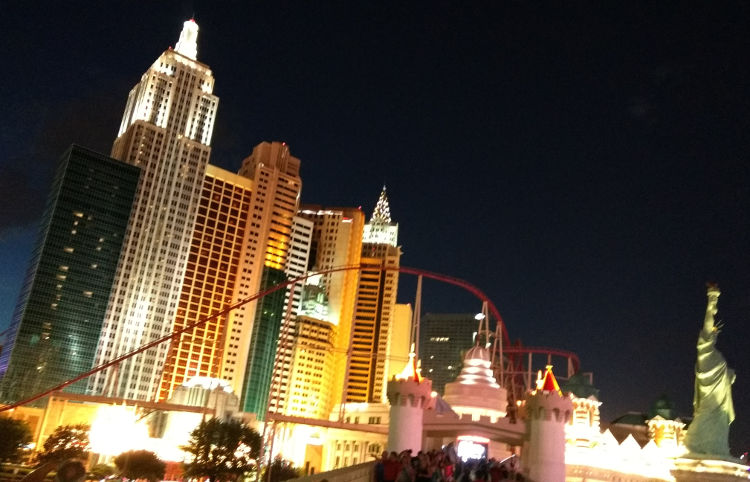 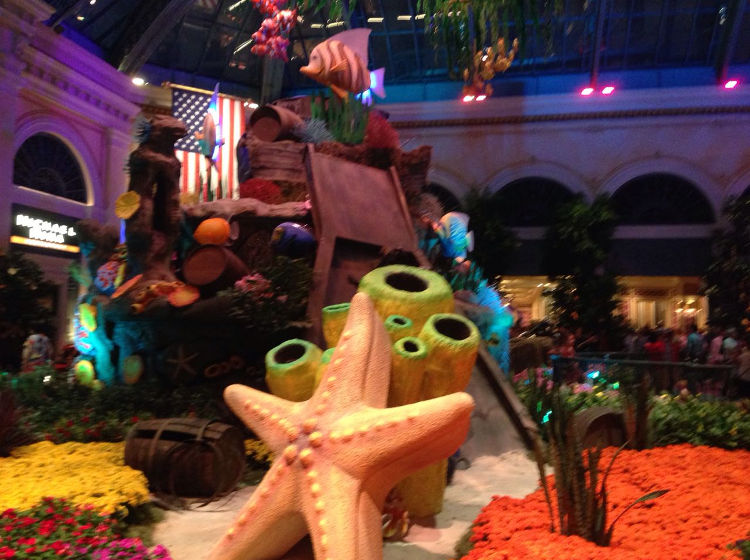 One of the most familiar attractions in Las Vegas is 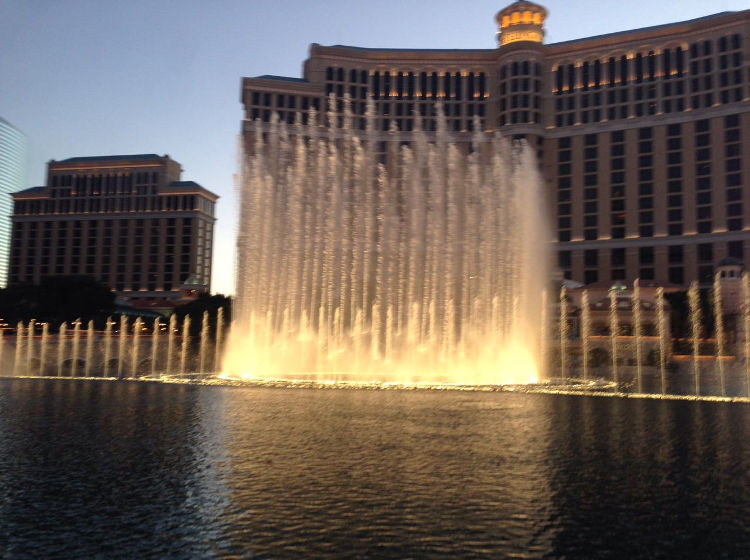 You can go up the tower with an elevator to get an amazing view of the city. We bought our tickets through Groupon so the price was reasonable. You can watch the Bellagio fountain from there. You will have a 360 degree city view so it’s awesome. The height of the tower is 540-foot 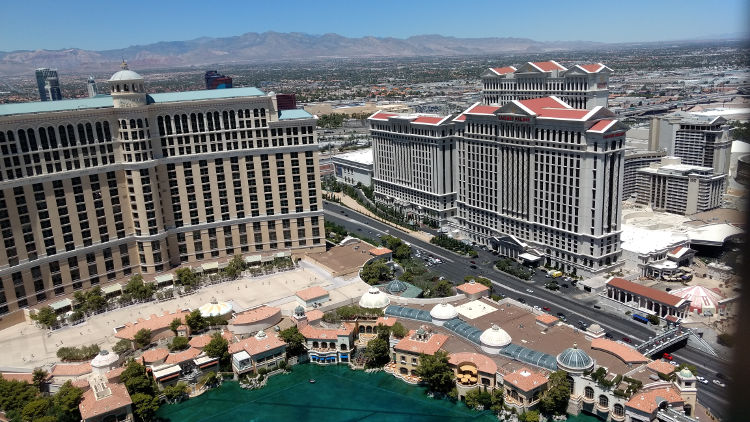 A roller coaster for the brave of you. When we went there the line was too long so we decided to skip it. The cost was 14$ a ride

It’s a huge and fun arcade that is suitable for children and adults. You can lose track of time while playing the games there.

The hotel was built as an imitation of ancient Rome and it has so many spectacular statues from Greek mythology. It also has a big entertainment and shopping center called “The Forum” 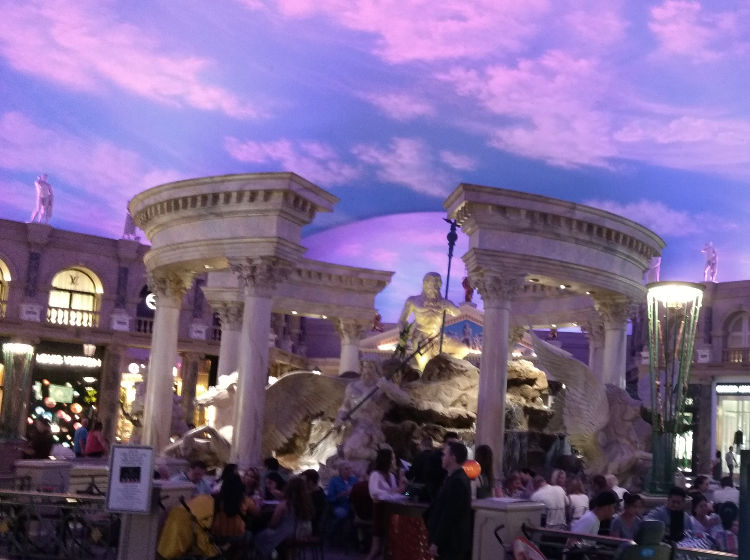 Sailing in a Gondola in the river in the Venetian hotel

A romantic sail in the river to feel like you are in Italy.
There are so many other attractions in the hotels like a circus and there is a huge wheel that you can see all Las Vegas from it.

If you don’t want to spend a lot of money on Las Vegas shows, there are many discounts and coupons for simpler shows. After spending our budget for shows on one show we decided to look for something cheaper and in Groupon we found the illusions show of The Mentalist. The show was about an hour and he did some cool stuff that I personally didn’t understand how. The ticket cost 21$. Coupon

A really cool and freezing experience. A bar with minus 5 degrees. The entire bar is made from ice and even the glass of the drinks is made of ice. And the chairs and everything. When you enter you get a coat and gloves, but I really recommend you to go there with thick socks and closed shoes because it’s really cold there. I personally didn’t succeed to stay there long because I froze but it was a unique experience. And again we bought tickets from Groupon at half the normal price.

I recommend you to check this site because it has many discounts to attractions in Las Vegas, as well as to go on a Helicopter to the Canyon and for tours and more. 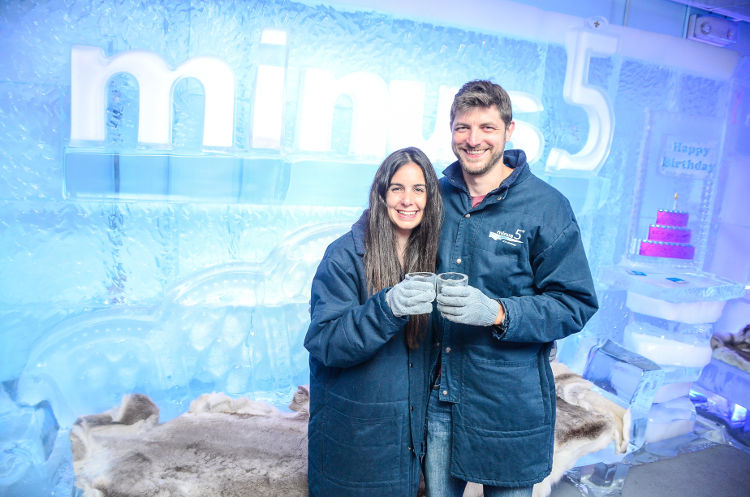 Pool in the hotel

Because what can be better than to be in a pool with a good cocktail on a hot day in Las Vegas? 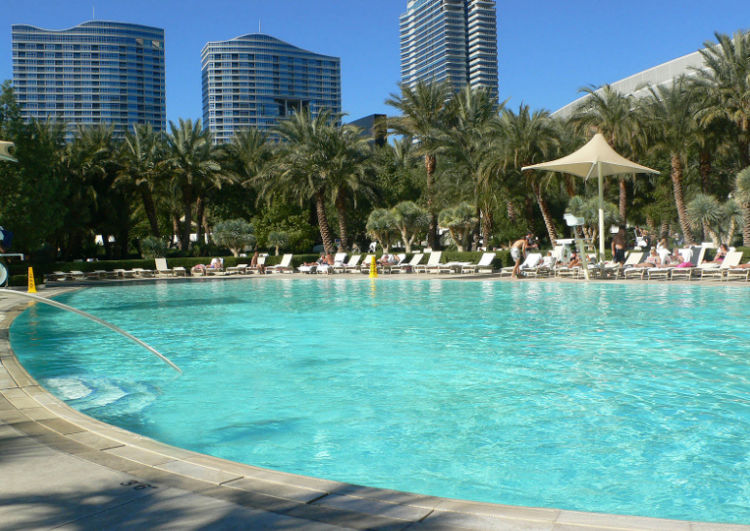 Las Vegas is known for its crazy clubs and amazing pool parties. Famous DJs from all around the world come to perform there. The easiest way to. know about all the parties during your stay is to sign with a public relations person who will update you every day what the parties are on that day and you can sign up for them.

On the first day we met a public relations person and he was dressed with an elegant suit 🙂 We gave him our whatsapp number and every day he updated us about the parties and we told him to which parties we wanted him to sign us up. 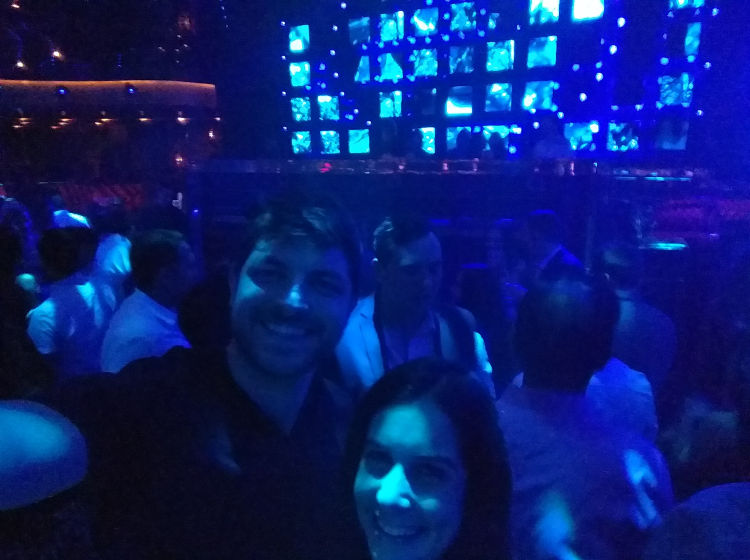 A good restaurant that experts in Ramen soups. We took two types of soups and both of them were awesome. If you want something filling, tasty, and at a reasonable price, this is a great option
Opening hours: every day 17:00-23:00 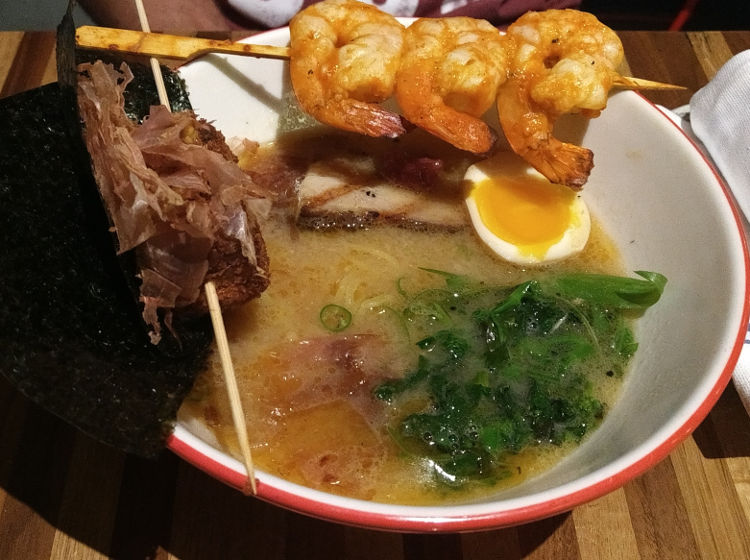 A thin pizza with a lot of cheese and a great combination of toppings. You can also take a slice take away instead of sitting in the restaurant if you want to save money and time (they make their specials also in take-away).
Opening hours 11:00-00:00 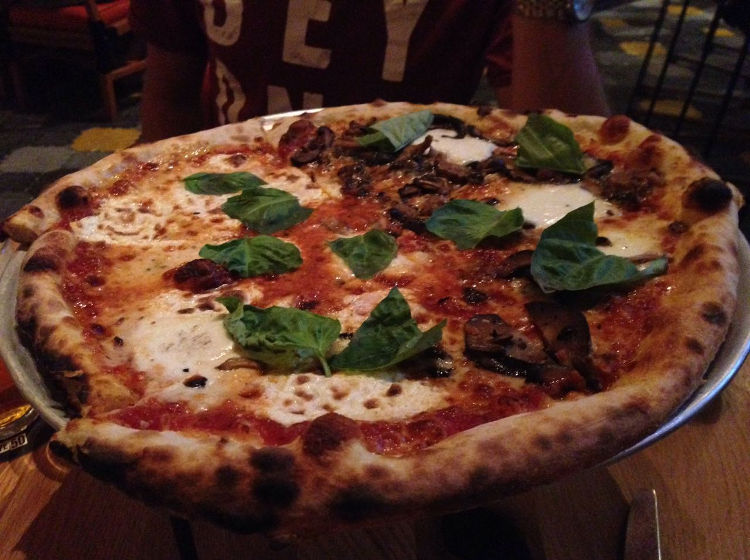 looking for a great hamburger? It is definitely worth eating there. We ordered hamburgers from the special menu, they both were excellent. We ordered chips with parmesan which after a few bites filled us, but was very tasty, and we ordered 2 cocktails. I didn’t have high expectations for the cocktails in a hamburger place, but they were so good.
Opening hours Sunday-Thursday 11:00-00:00, Friday-Saturday 11:00-02:00 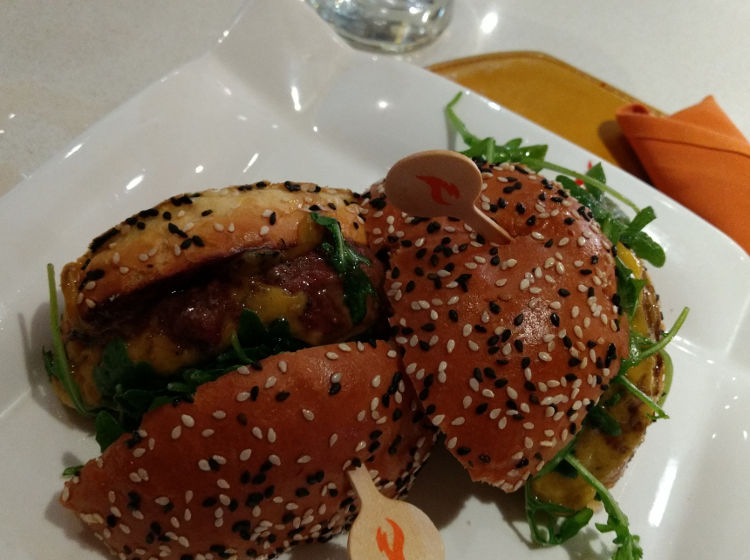 If you are looking for cheaper options you can eat in food courts in hotels like Monte Carlo, Mandely Bay, and more.

We stayed at the Aria Hotel which was great. It’s a new, modern hotel in a central location. The rooms are of the highest standard anyone can ask for. We were in the 48th floor with an amazing view.

For more reviews you can read here reviews of Aria.
There are so many restaurants of all types, bars, Jewel club, many pools, shops, gym, and a tram. 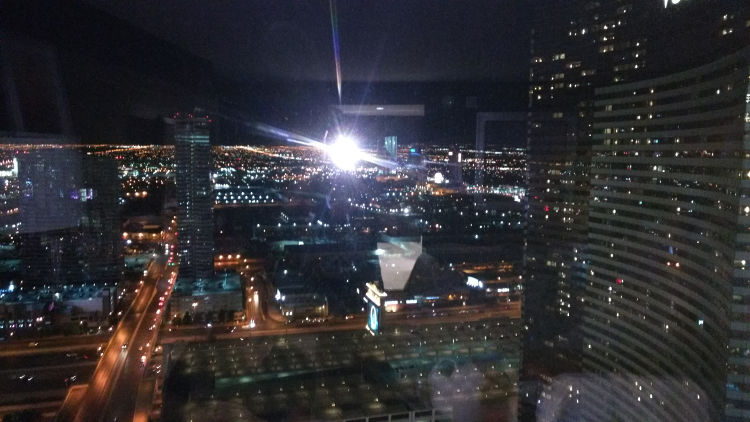 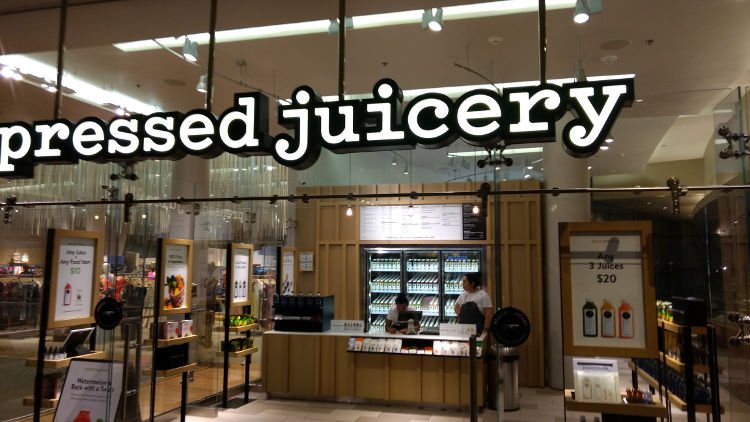 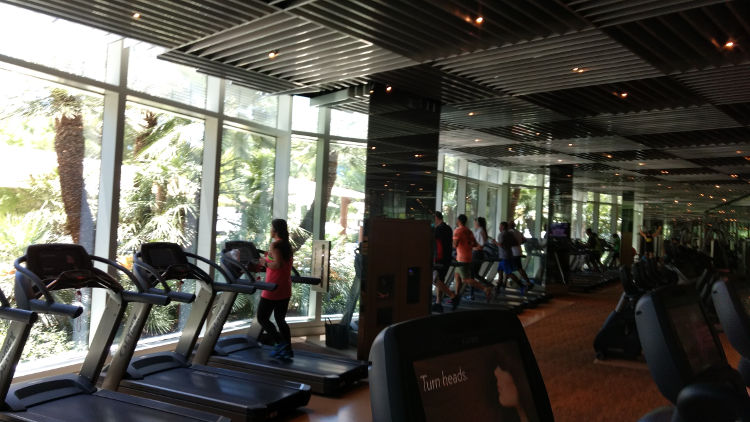 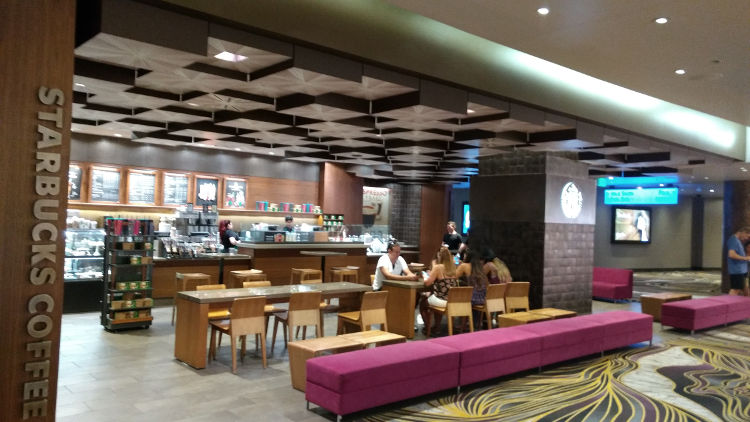