At the end of April 2021 I flew to Lisbon for five days and had a day trip to Sintra.

The truth is I flew to Lisbon to get my Portuguese passport and when I did so, there was no entrance for Israelis, so Roman and Maya couldn’t join me and I had to go alone. I was only able to enter because I had an appointment for the passport.

To my delight and sadness because of the coronavirus there were almost no tourists in Lisbon when I traveled and when I went to Sintra there were very few people there, as well.

In regular times, Sintra is considered as a very touristic place and there are thousands of people there every day.

This made the visit to Sintra more fun for me because I could be photographed and take pictures without people in the background. And there were no queues anywhere, and that is of course more convenient. 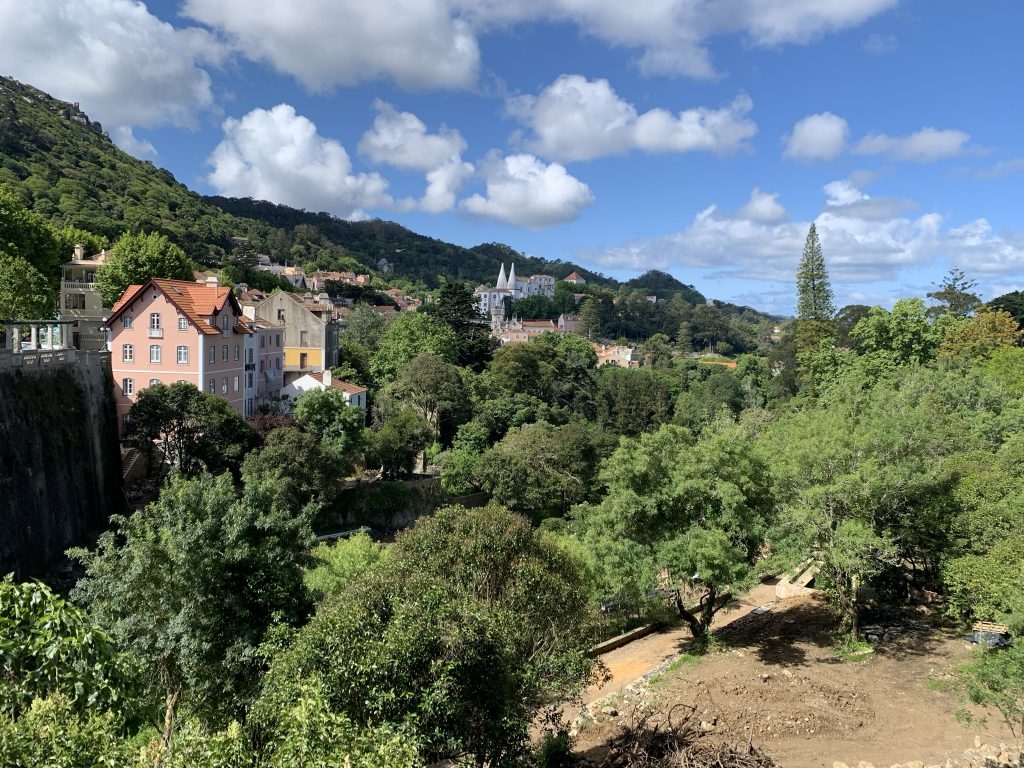 A little information about Sintra

Sintra is a town that is around 35 km from Lisbon. It is a magical place with castles and palaces and a stunning historic town center. It has crazy views and also special beaches. UNESCO declared the cultural landscape of Sintra a World Heritage Site in 1995.

I think it’s worth dedicating two or three days to Sintra and not just one. There is a lot to see and in every site you will spend a few hours for sure, so it is impossible to get everything done in just one day. On my next opportunity I will definitely go there for a few days. 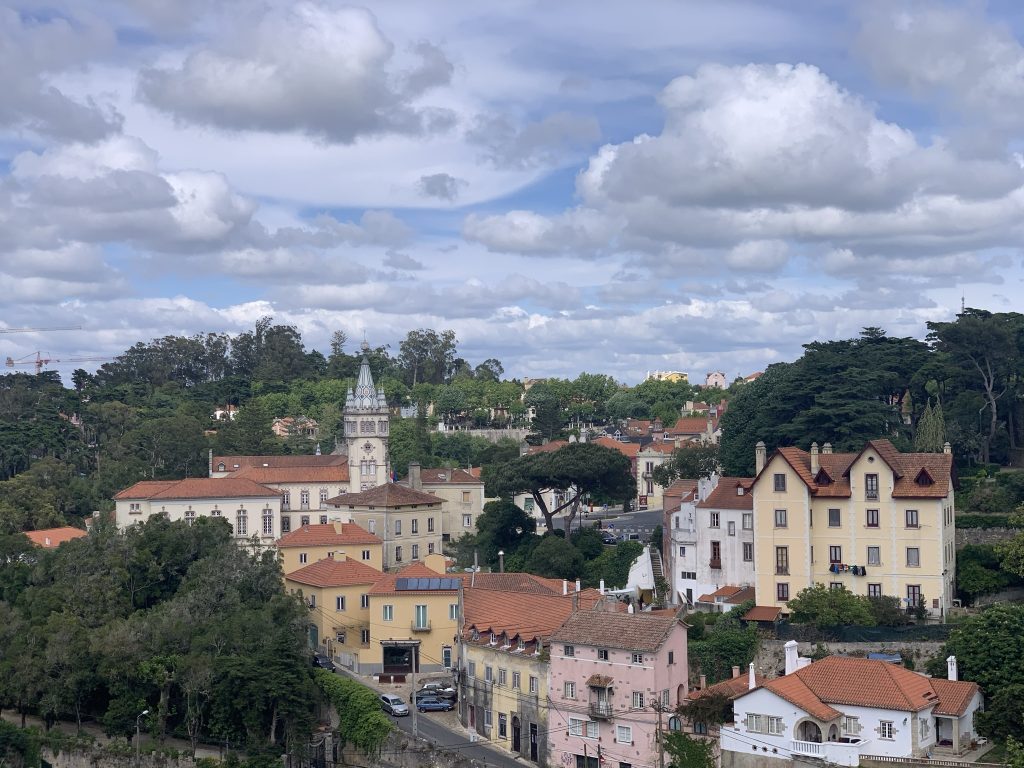 How to get to Sintra from Lisbon

The truth is that at first I thought of joining a tour out of Lisbon to meet people on the way (because I was traveling alone) but then I explored the options and realized that it would be best for me to travel there on my own and not be depending on tour times.

I knew it was a town I would like to photograph a lot and I do not like to be under the pressure of a group in such situations. lol

In any case, the options to get there are: take a taxi, take an organized tour from Lisbon, or get there by train.

**It is not recommended to get there by private car as there are some very limited parking spaces in Sintra and the castles have no private car entries and there are steep ascents.

I took a train. The cost of the train was really cheap and was about 2.25 euros for an adult.

The train ride was about 40 minutes on a line called Rossio-Sintra. There is another line that takes about 50 minutes to Oriente-Sintra. Because I was traveling during the coronavirus pandemic, it was really calm at the train station and there were not many people, but from what I heard, there are rush hours that are very busy there, so it is advisable to arrive as early as possible in the morning. 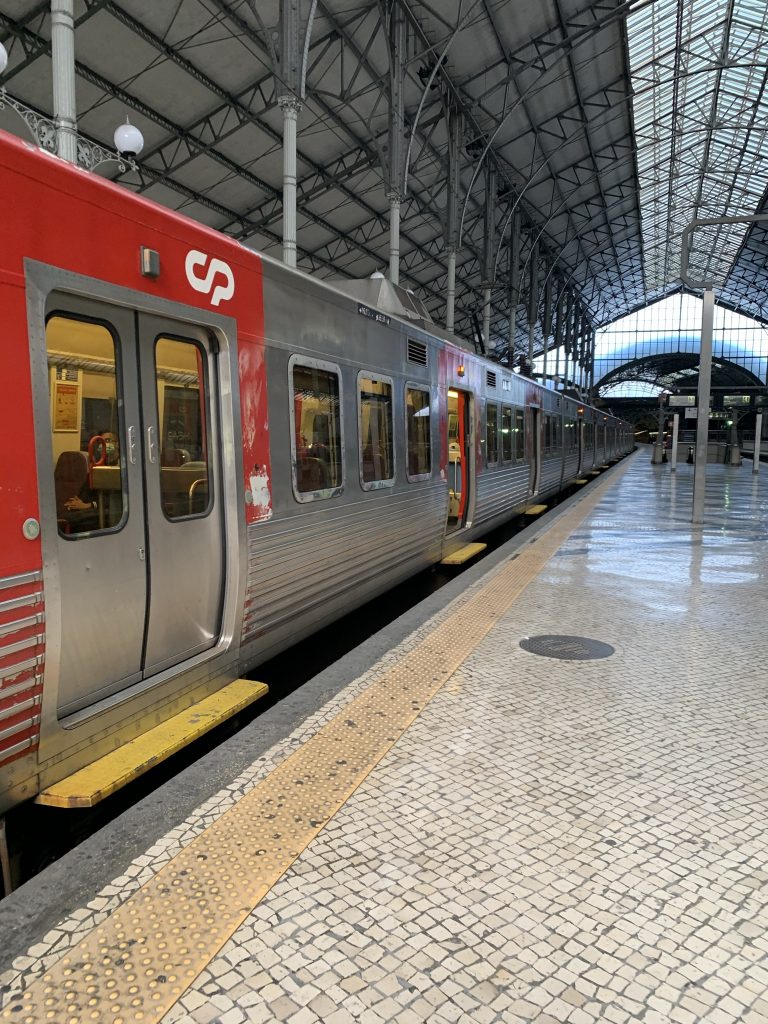 How to get around Sintra

The castles and palaces are up in the mountains and it is very difficult to access them by foot unless you are there for a few days and love a sporting challenge. You can easily get there by bus.

There are buses with a one-time fee for free daily. One line costs 7 euros and travels to three places, line 434, which passes through Dos Mouros Castle, Pena Palace, and the historic town center. The frequency of the bus is every half hour.

There’s a second line that makes a more comprehensive route and costs 15 euros per day.

I took the 7 euro bus because in one day I think it’s hard to get to more than three destinations, especially if you take a lot of pictures and stay for a few hours in each location.

In addition to the buses, there are tuk-tuk drivers (though I do not know what price they charge). Anyway, I took the bus. There is a bus stop close to the train station. 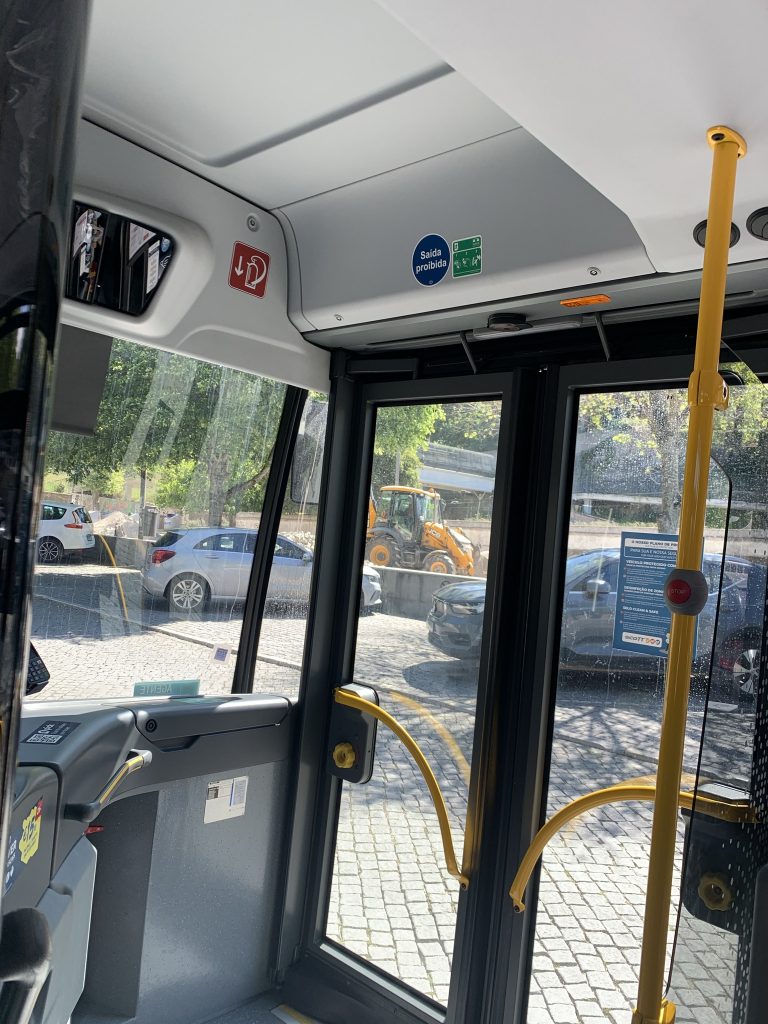 What to do in Sintra

The first thing I did when I got to Sintra was go for coffee. There was a cafe that looked nice near the train station, but it was crowded so I went to a calmer one.  It was a nice cafe with desserts and drinks and you can sit outside or inside – Garagem cafe (directions). There is a bus stop close to it so from there you can start exploring Sintra. 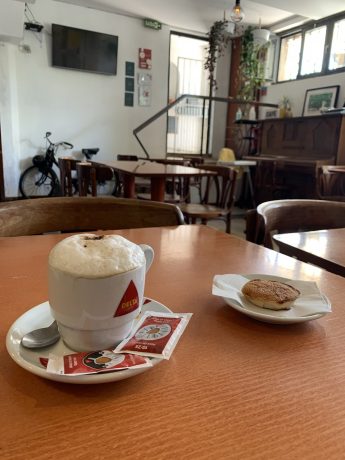 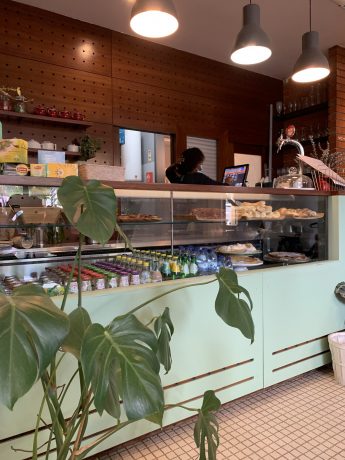 The road to the castle is impressive and special but when you enter it and walk into the area of ​​the walls and defense towers, then you are truly amazed. The medieval walls (and the view from them) give the feeling of being inside a movie.

I really recommend going to this castle and not missing out on it.

Tip: I started at the castle, but it is better to start at the palace and then go down to the castle because the palace is more touristy and the queues there can be very long. 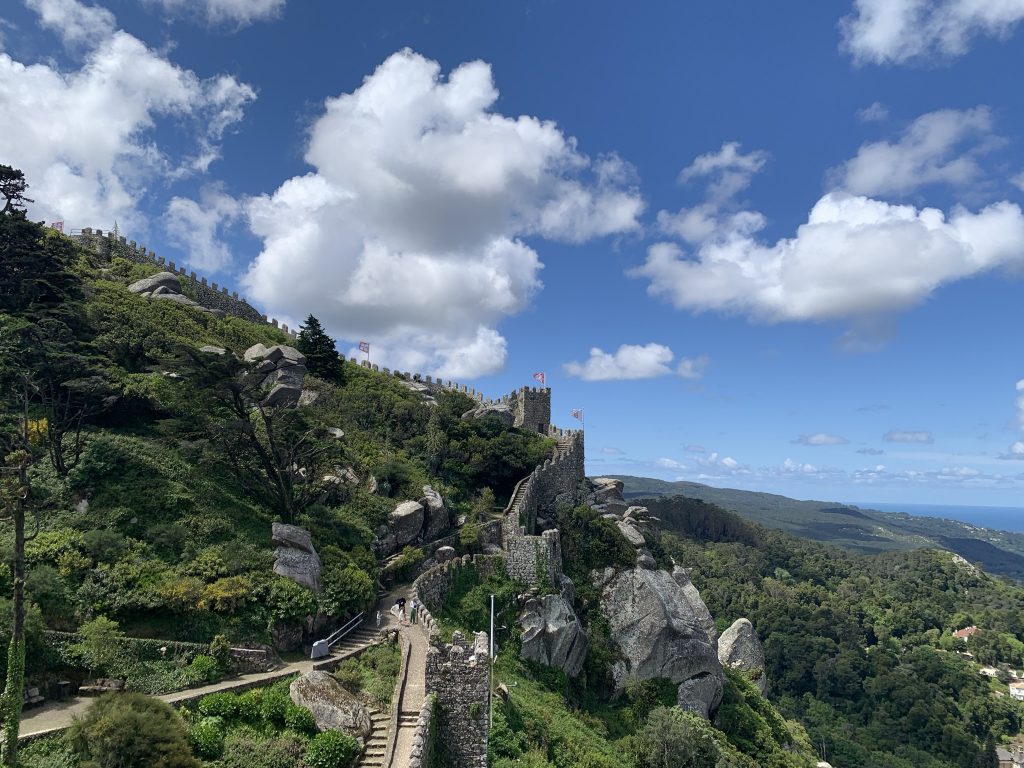 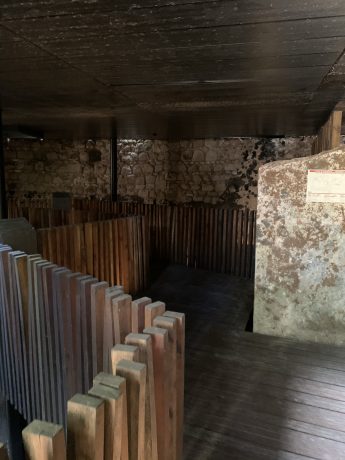 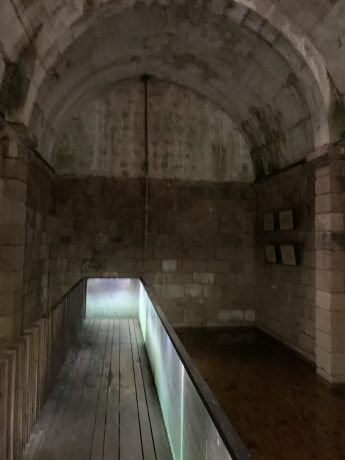 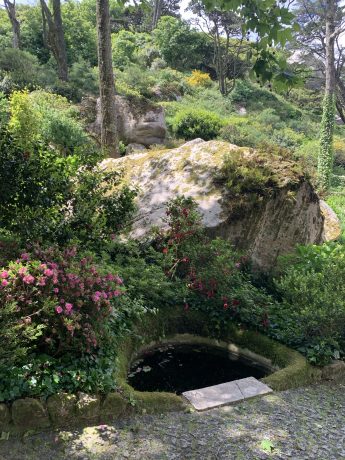 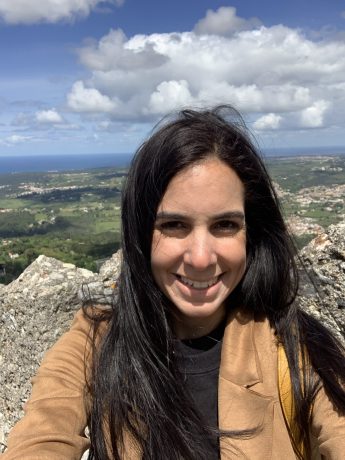 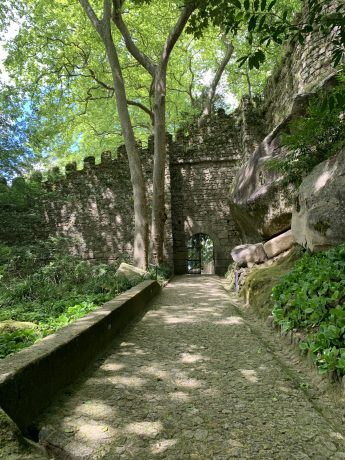 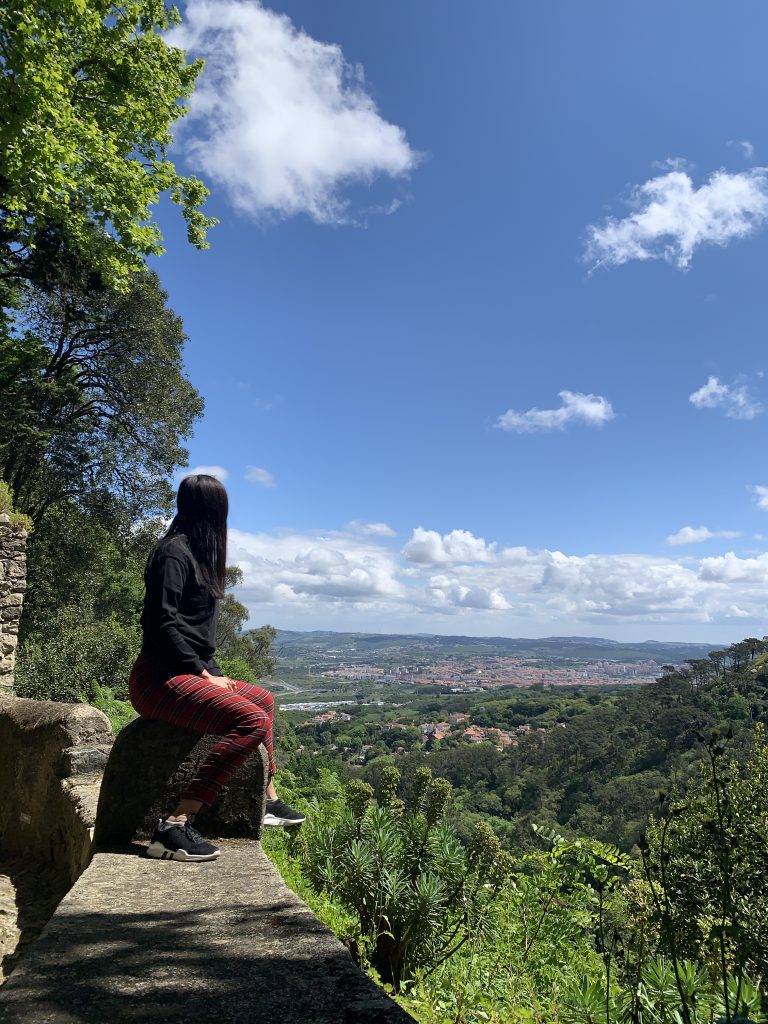 WOW! It really is the most beautiful palace I have ever seen and the truth is I think anyone who has visited it will agree with me. This palace looks like it was taken from a legend and is so colorful and special that you can’t believe that it really exists. This palace is known as the jewel in the crown of the Sintra Mountains.

The palace demonstrates the architectural style of the 19th century. Around the palace there  are wooded areas, continuing the design ideals of the palace’s romance, with hidden routes, mystical ornaments, and stunning views.

Entrance to the palace costs 14 euros.

It is advisable to get there as early as possible because it is considered the busiest place in Sintra. 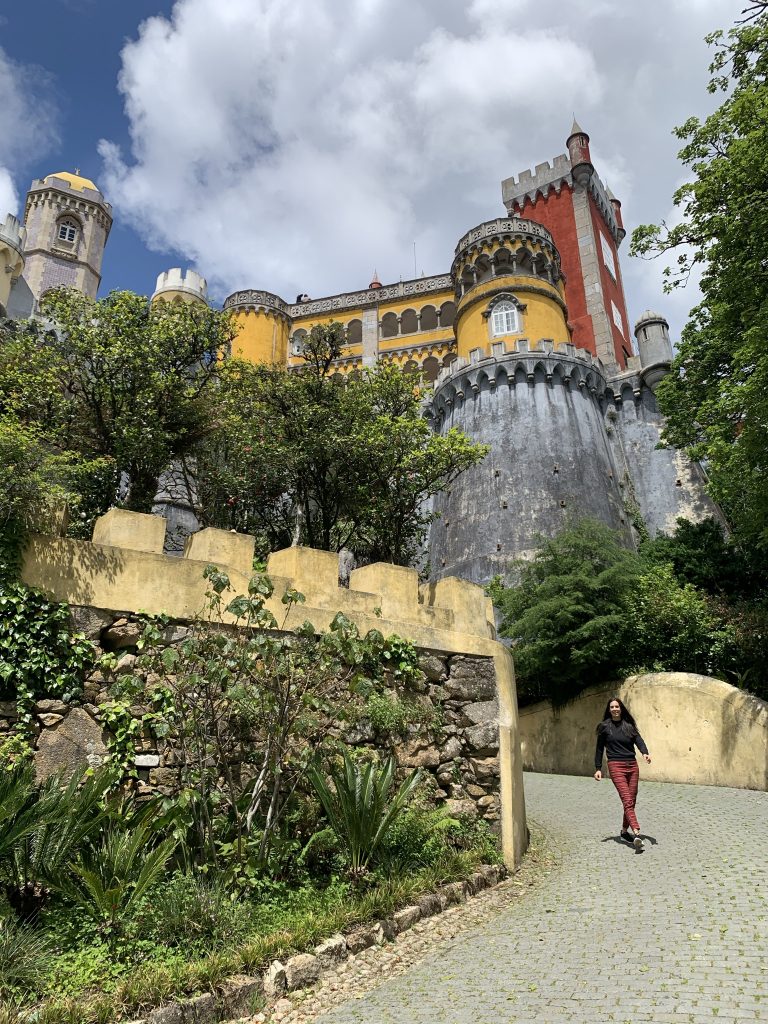 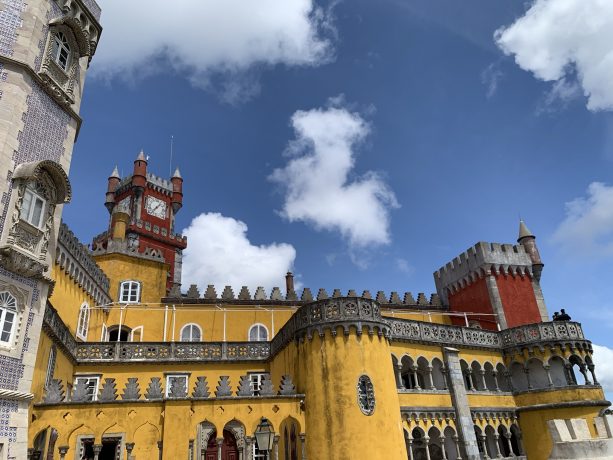 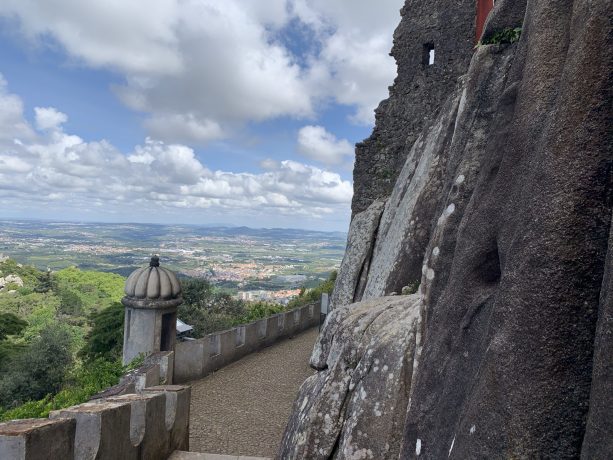 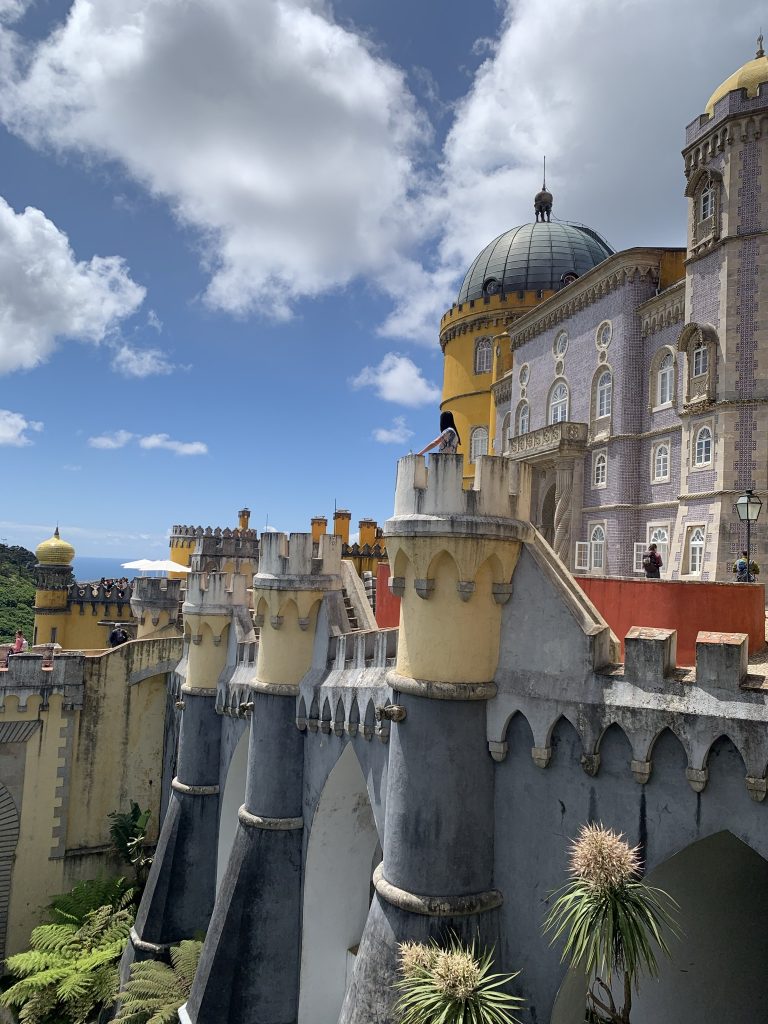 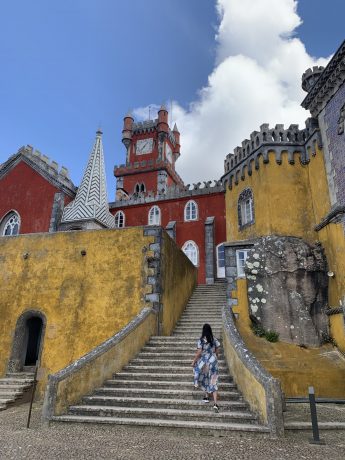 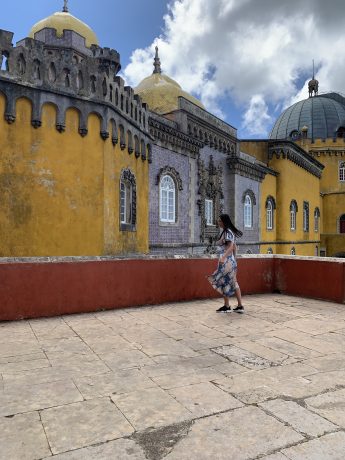 The historic town center of Sintra

When I got there I was already starving and exhausted from walking in the palace and castle so I did not get to walk around too much and it’s a shame because it seems like a fun place to explore.

I sat there in a cool restaurant outside whose highlight for me was their excellent and refreshing sangria that cost 3.5 euros – Tasca Saloia Restaurant (directions).

I ordered a portion of shrimp in olive oil and chips which were very tasty and, in short, I was very pleased with the choice.

Next to the restaurant there is another palace that I have not been able to enter yet and it is supposed to be very beautiful from inside – the Sintra National Palace. 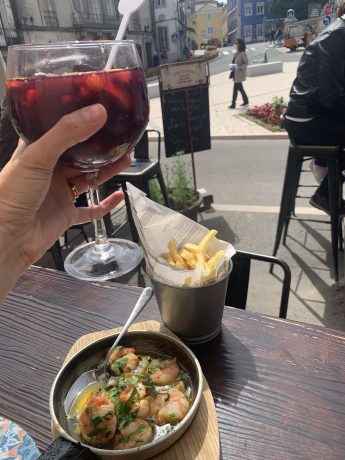 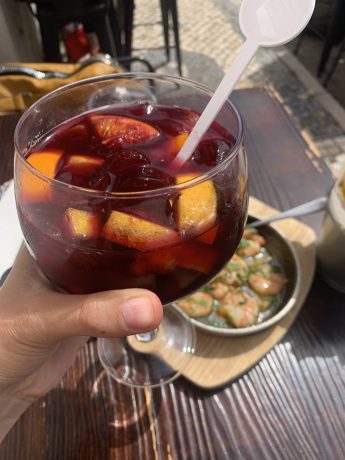 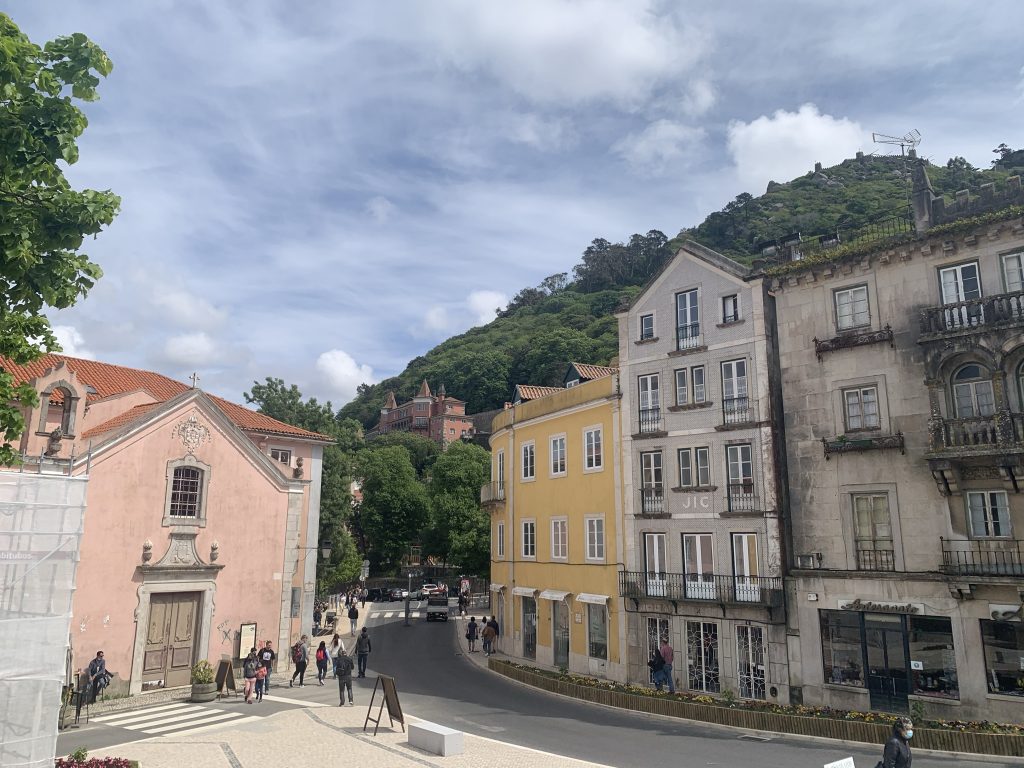 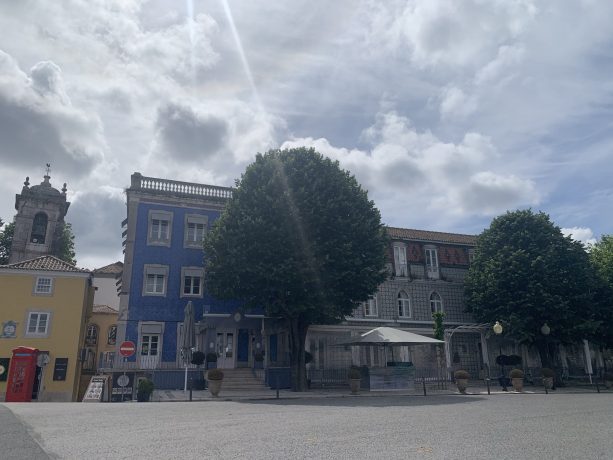 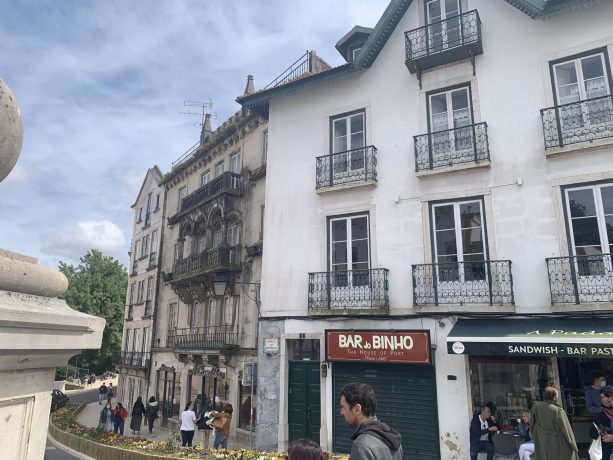 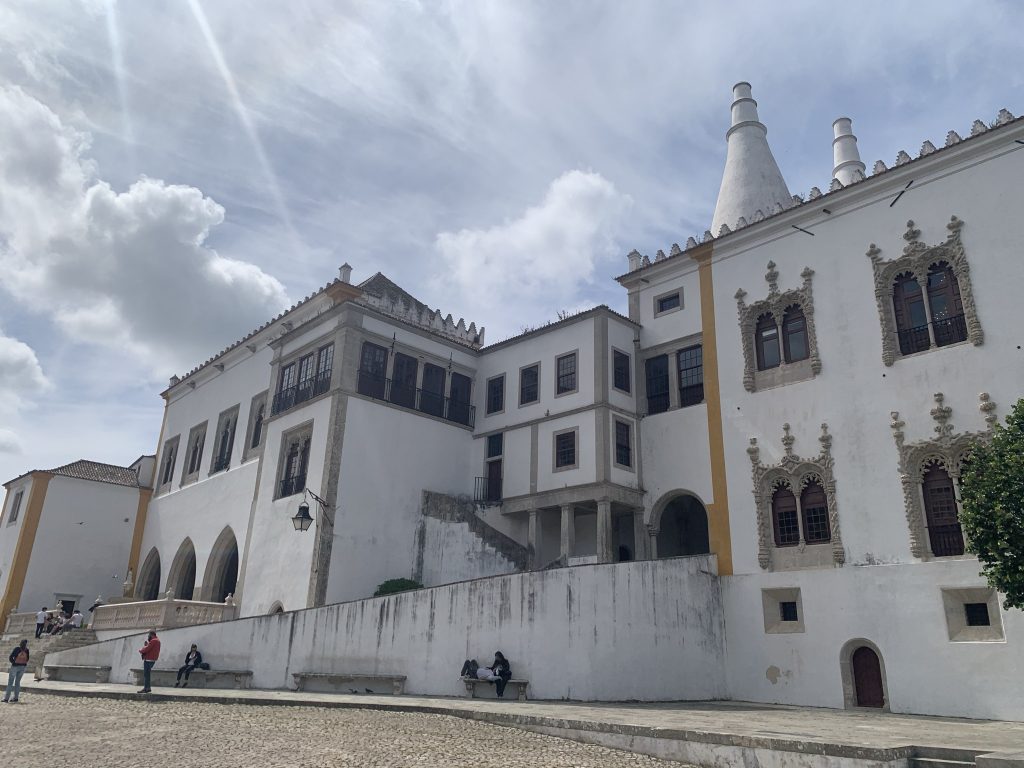