While planning our trip to Vienna, I came across the polaroid cameras tour. I’ve done some research into the companies offering the tour and found Instant Tours – Who, in addition to offering a tour of the regular sights, offer a more urban tour of cooler, hipster areas. I was immediately captivated and booked their tour.

Explanation of how to operate the camera

Upon arrival to the meeting point, we met the guide, Nora, and found out we were the only ones on that day’s tour – So we ended up getting a private tour and enjoyed ourselves very much. At first, Nora took us to a comfortable place where we sat down, learned about the history of the camera and were instructed by her on how to take photos with it.

The camera isn’t difficult to operate and ultimately only requires a single button push to shoot a photo – But when the photo comes out, it needs to be pulled out in a certain way so as not to expose it to light.

Nora brought a trial film for us to practice photographing and taking the photo out properly. The tour’s price includes an 8-photo film. You can buy additional film at the price of 20 euros. I thought a part of the fun was the need to think a lot before taking a photo and considering whether it’s worth taking a picture or not. Nora also told us not too look at the pictures we took, so we could unveil them at the end of the tour. So, we were curious how they turned out for the duration of the tour. 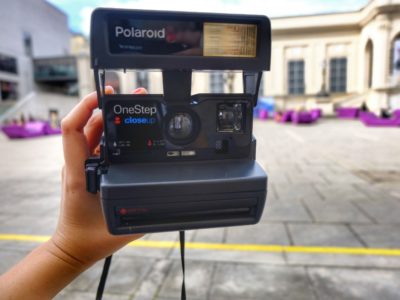 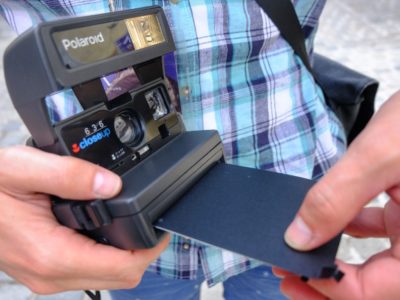 After the explanations were done, we started the tour. At first, we went to a cool, hipster place and looked for unique things to take a photo of. Roman had taken the first photo within 5 minutes, but I was greedier with the photographs and held off.

One of the stops we had was in a lovely garden where, in the summer, movies are shown on a projector. It also houses a little circus. It’s a colorful area and had many cool features worth taking a picture of. There we asked Nora to take a picture of the two of us with the camera. Nora is a professional photographer, which added to the tour as she not only took really pretty photos of us but also gave us tips of what we should photograph and at one angle. 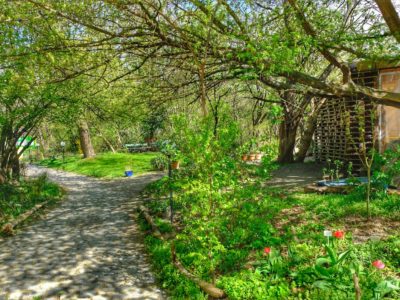 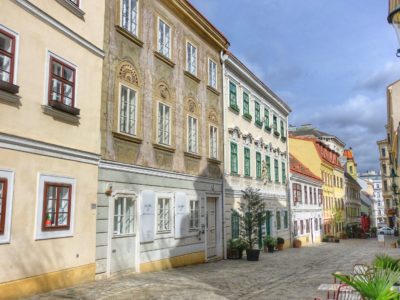 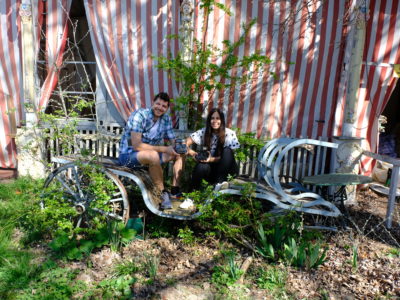 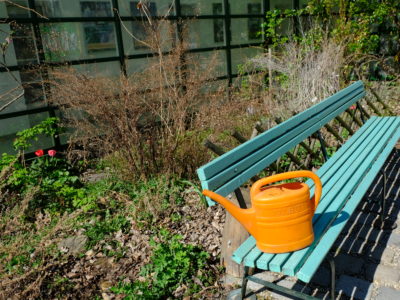 From the garden we moved on to a local market which is open on weekends, but when we arrived there were a few stalls open as well. Roman insisted on taking a picture of potatoes there claiming it’ll be artistic and unique. Hint: It turned out ugly! 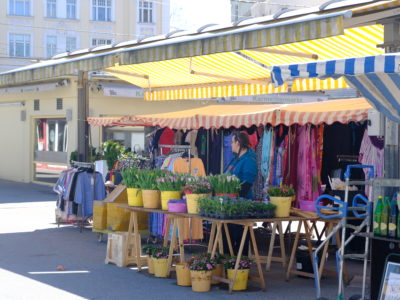 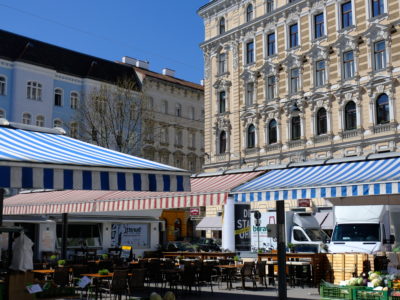 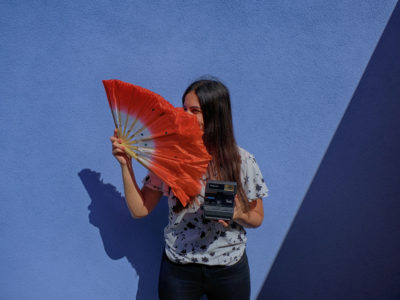 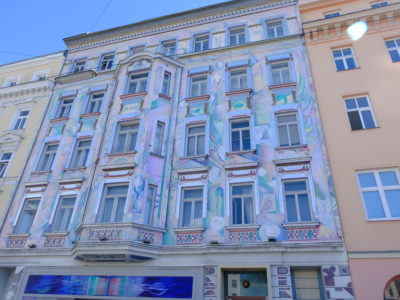 After the market, we went on to an area with graffiti and street art by a water canal. This was my favorite area, as it has a ton of graffiti and interesting statues and is where we took most of our photos and thought of created and original ideas. 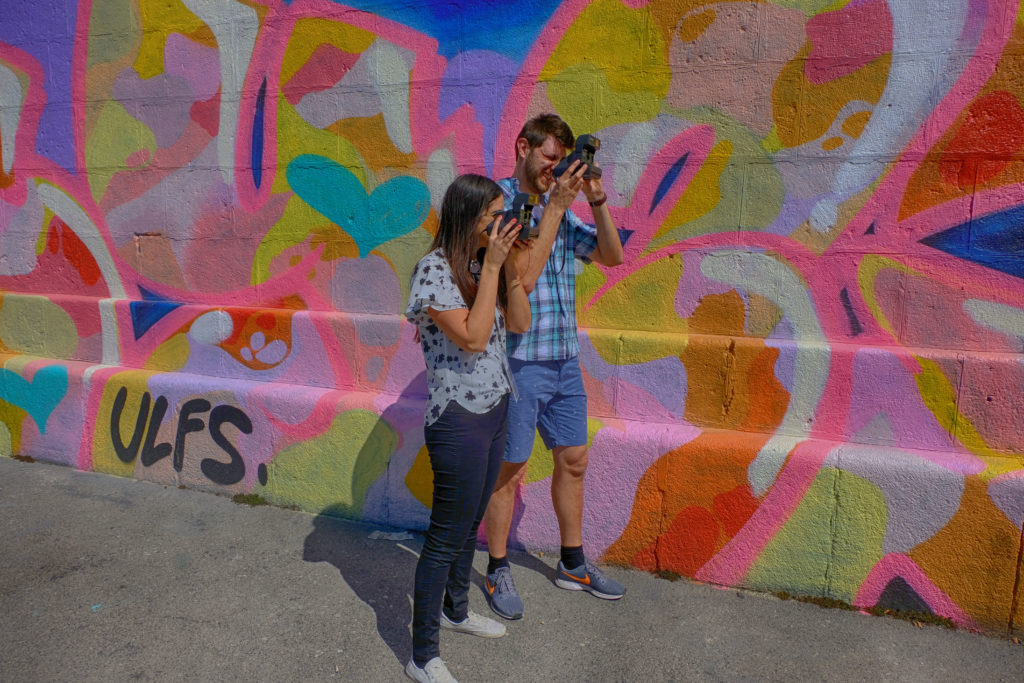 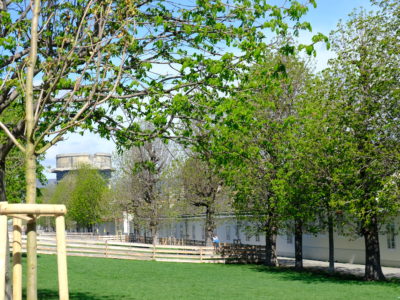 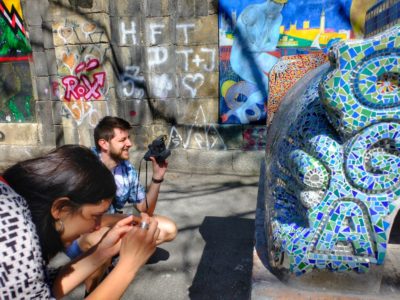 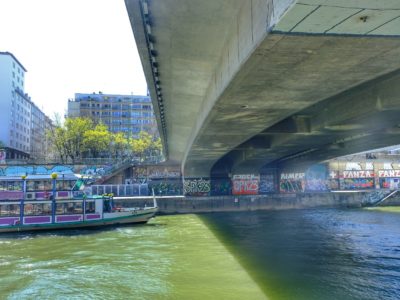 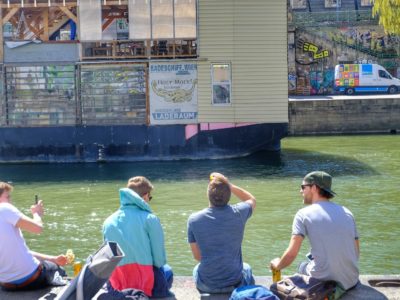 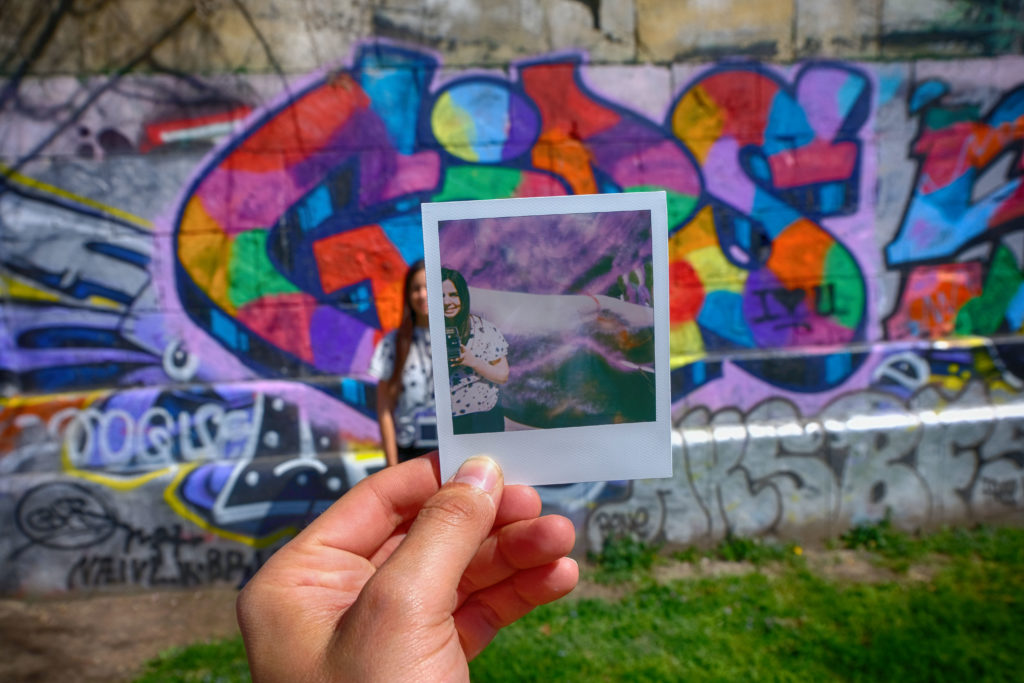 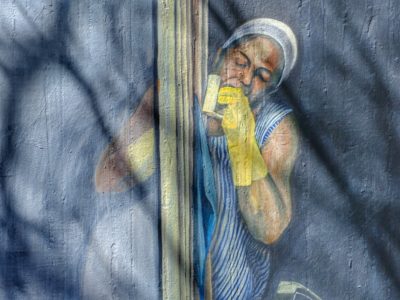 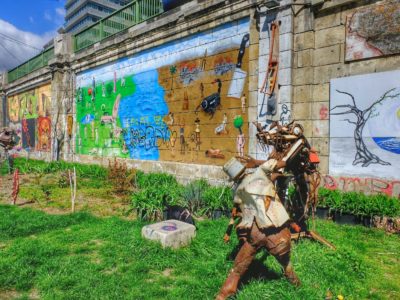 The tour was approximately three hours long, at the end of which we sat down and unveiled the photographs we had taken. Most turned out unique and beautiful, and we photographed a collage of them. Using the polaroid camera had reminded me of the film camera we used to own – It was truly a special experience using it in place of a digital camera. The fact you only have a single try to take a photo emphasizes the thought and creativity in taking a photograph, which I liked very much. 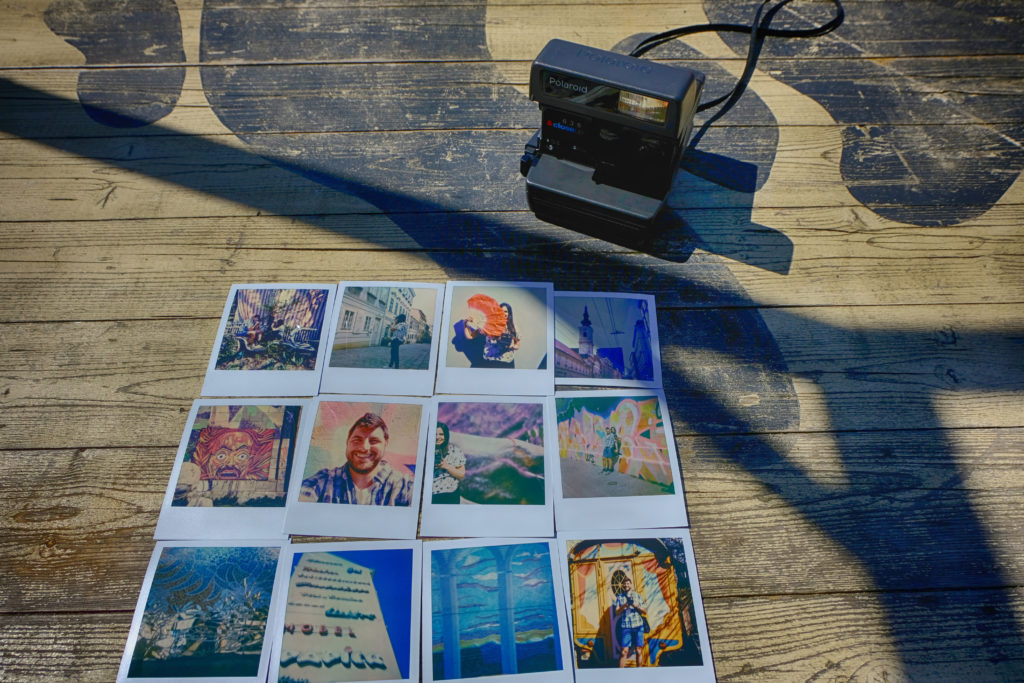 Points regarding the polaroid cameras tour

* We had a very pleasant time with our guide, Nora, who was lovely and helped us take wonderful photographs

* During this urban tour, we enjoyed seeing places in Vienna which we wouldn’t have otherwise

* You may purchase a polaroid camera

* You may purchase an 8-picture bundle for an extra cost