Austria is known for it’s amazing views, so before going on our trip to Vienna, I searched for a day trip in the region, so we can experience some nature, as well.
Going through pictures of Austria, I came across some photos of the famous town of hallstatt. It looked so beautiful I decided we must visit it. Upon further inspection, I found out it’s quite far from Vienna, a 3 and a half hour drive.

Since we had a tight schedule for our trip, I knew we’d only have one day we could dedicate to this excursion. So, I’ve decided that rather than renting a car and exhausting ourselves driving – We’ll book an organized day trip, which will show us more beautiful Austrian sites along the way. I found the trip through the Happy to visit company, which offered a day trip to hallstatt as well as a visit to Admont. The route seemed great to us and so we booked it.

Day trip to hallstatt and Admont

On the day of the trip we arrived at the meeting point at 07:50, by the tourist information on Albertina platz. At precisely 8am we headed out on a minibus. We were a group of about 15 people. The group consisted of English and Russian speakers, so the tour was in both languages. The guide switched between English and Russian periodically.

About an hour and fifteen minutes in there we stopped for coffee, food and a bathroom break – all in all for about 20 minutes. Then we continued to Admont. 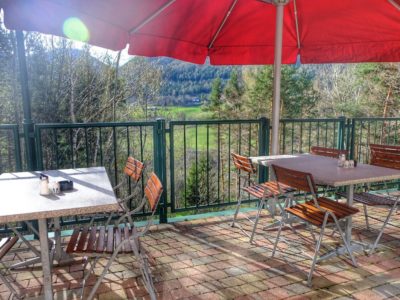 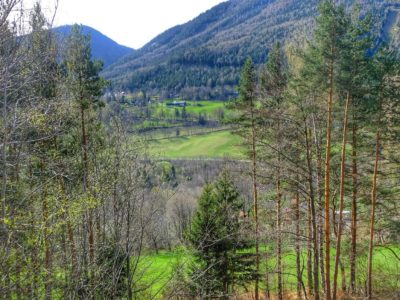 We climbed to a height of 1100m and stopped at Admont’s national park for a few minutes to take pictures of the astonishing lake.
We then drove on to the abbey, which hosts a museum and to Admont’s library. The library – Admont Abbey library, is the world’s largest library to be found in an abbey.

I have to admit that beyond just being large, it’s also the most impressive library I’ve had the pleasure of seeing – with stunning baroque architecture and beautiful wall paintings and statues. The coolest part about the library is that it has a second floor, but no apparent stairs to get to it.

At one point an employ came around and pulled on a “fake book”, suddenly – a mysterious door opened and the disappearing stairs were revealed. Just like in the movies 🙂

To take photos within the library, a special pass is required costing 5 euros.
The abbey itself exists for 1000 years already, but the library was only completed in 1776.
Afterwards, we had a tour of the book museum. The books are exchanged periodically, and there are some really ancient books contained there.
The view by the abbey is amazing as well, so after the tour inside was done – the guide gave us a few minutes to walk around the perimeter and take photos. 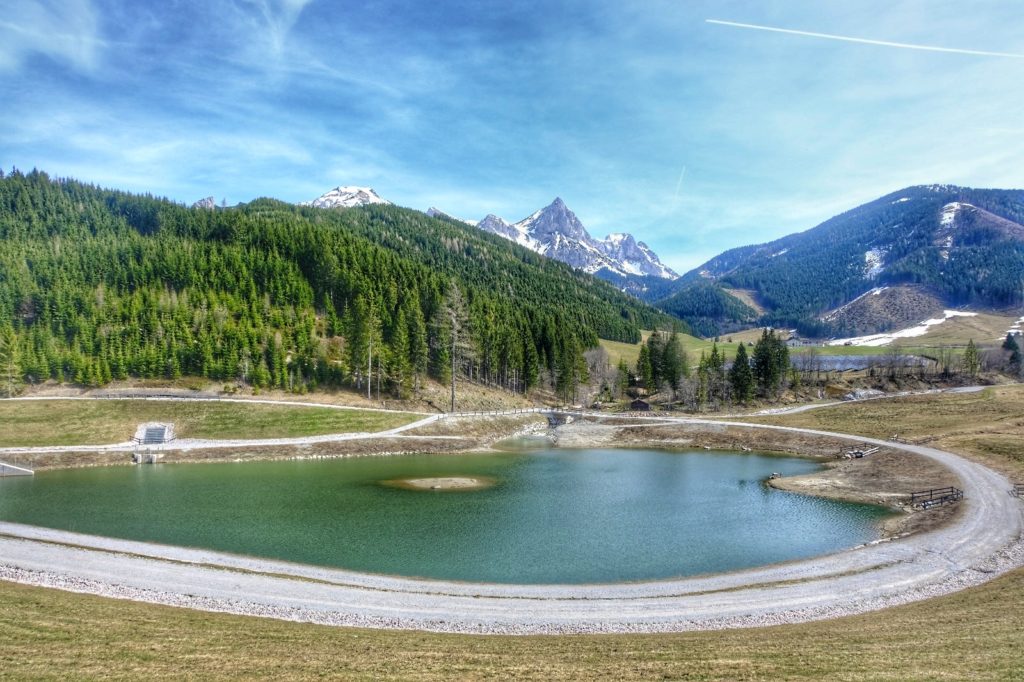 This is another picture from our day trip to Admont and Hallstatt. This is the library in Admont; it's the world’s largest monastery library. It was really impressive and one more cool thing about it is that in order to go up to the second floor you need to find the "fake" book that opens a secret hidden door to the stairs 😮 . . #admont #bestofaustria #happytovisit #daytrip #library #impressiveplaces #monastery #trvbox #greattrip #austria🇦🇹 #secretdoor 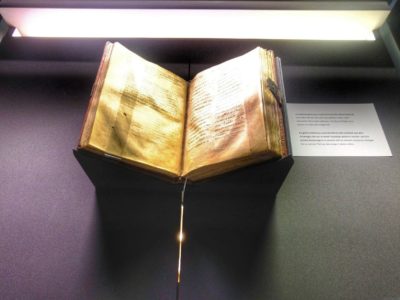 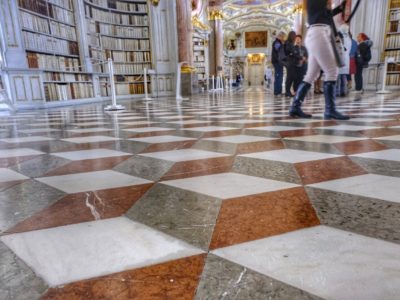 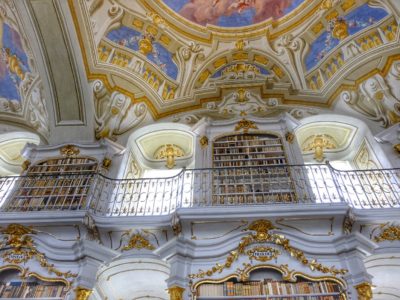 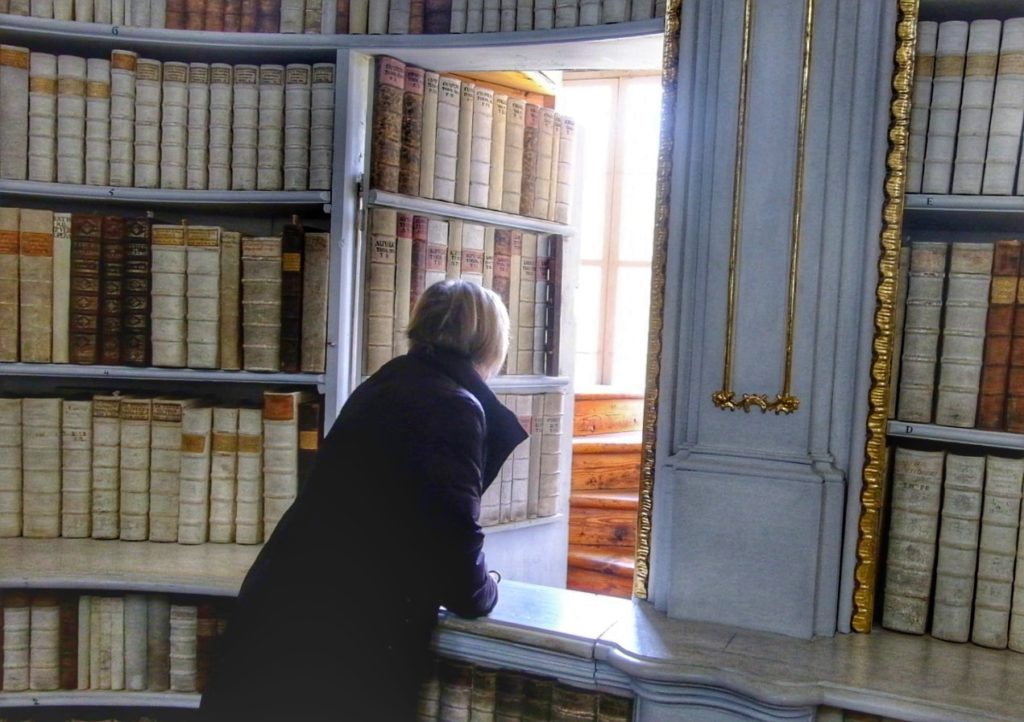 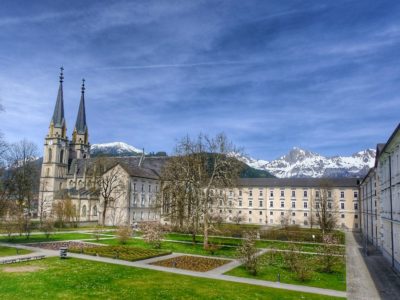 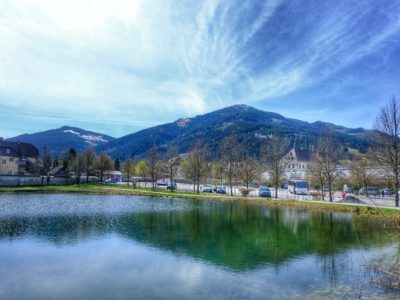 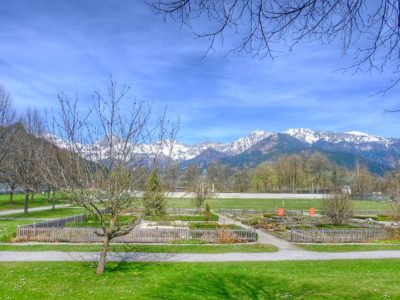 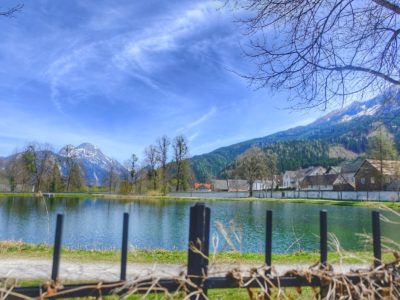 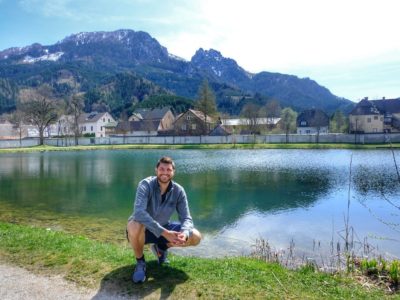 We then continued our journey and arrived at the crown jewel: hallstatt.
We had two hours at hallstatt. There was the option of doing a tour and then having lunch or instead opting for two hours of free time. We decided on the free time, so we could properly photograph and videotape, as well as enjoy, this amazing town.

There’s a reason it’s considered one of the most beautiful towns in Austria and possibly the world.
First, we went to get lunch. There’s a relatively large variety of restaurants. They are all touristic and comparatively expensive, as it’s a very famous and touristic town. We went to a fish restaurant and waited in line for a bit.

From the moment we sat down, service was very quick and efficient. The food was good and sitting outside allowed for an amazing view.
After finishing lunch we decided to go and rent a motor boat for an hour and enjoy the view from the center of the lake. We had a small picnic in the boat and took many photos.

Time flew by so quickly we didn’t get to sail all that much. We paid 20 euros an hour. There’s also the option of renting for half an hour, and pedal boats. There are several locations at which you may rent a boat to be found along the lake.
The town is also known for it’s salt production, in fact, the name hallstatt is comprised of the word for salt – Therefore, you’ll find many stores selling salt related products, as well as many varieties of salt. 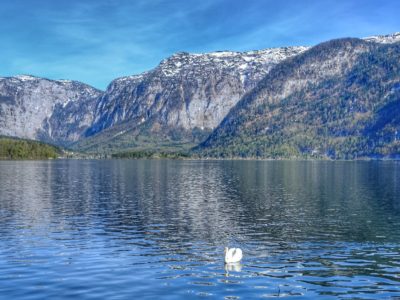 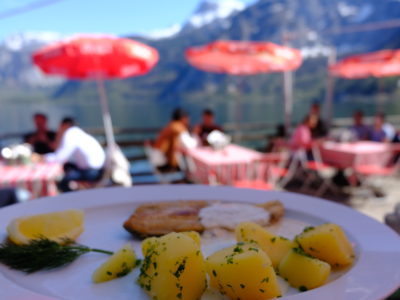 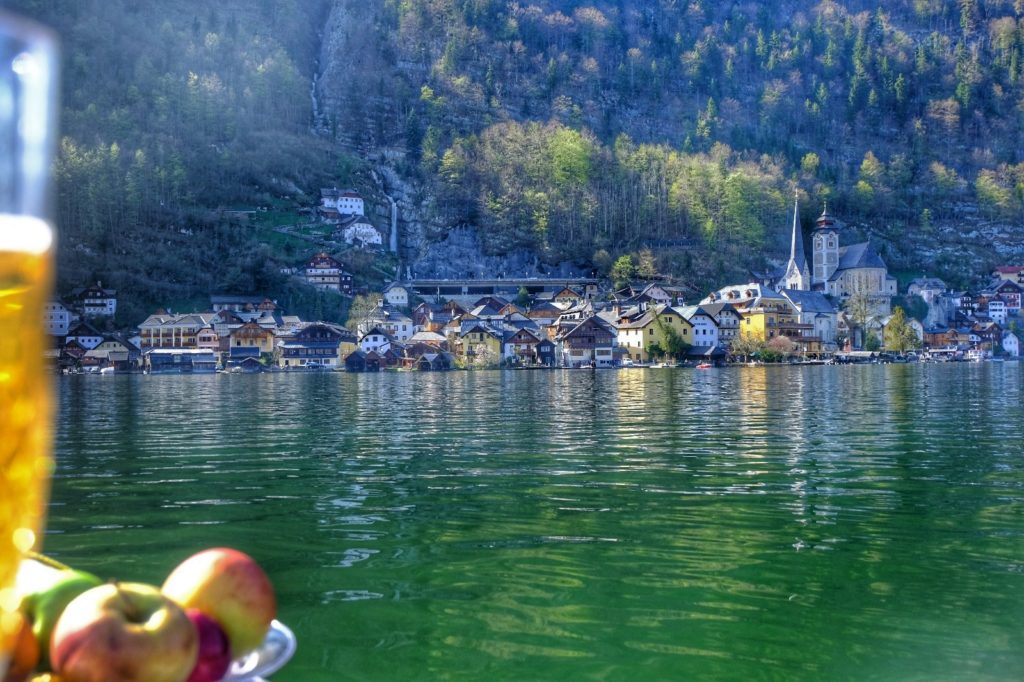 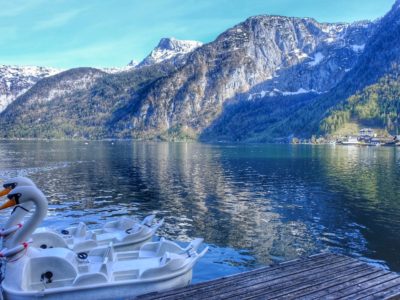 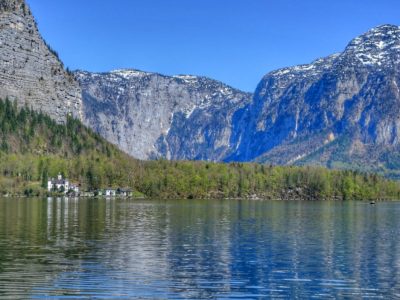 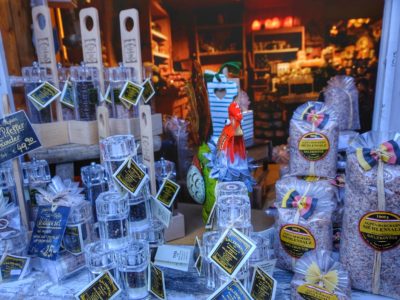 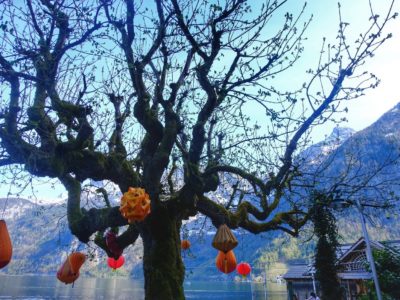 From hallstatt we drove a bit further and stopped at another nice town for a 15-minute break. There we found coffee and ice cream, as well as restrooms and photo opportunities. Afterwards, we began the ride back to Vienna.
About an hour and a half prior to arriving in Vienna we had another 15-minute break for bathrooms, food and drinks. We arrived in Vienna at 9pm. 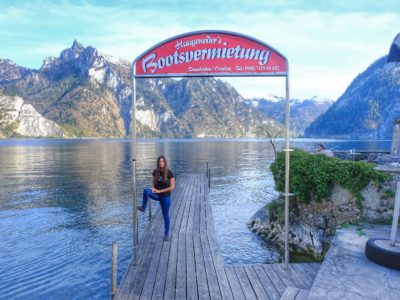 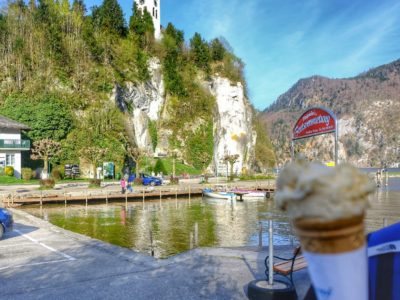 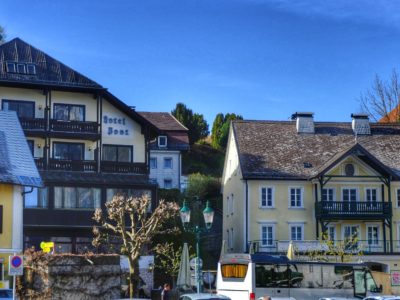 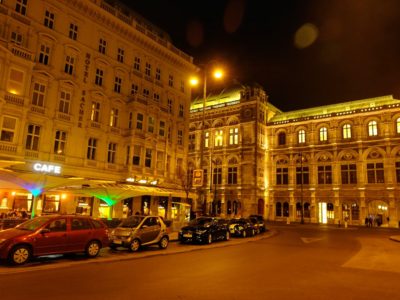 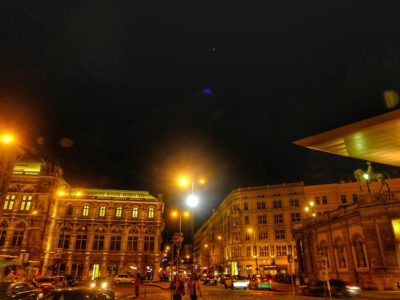 A few points regarding the trip

*  The guide was very nice and knowledgeable about Austria’s history

* If your schedule isn’t as busy, I’d recommend renting a car and driving to these locations independently, perhaps spending a night or two in the hallstatt area. These areas are so beautiful we regretted not having more time to enjoy them.