We have had an amazing time in New York and I decided to write you the itinerary we followed for 3 days. Every day is a separate post so if you would like to read the others you can click on those links: part 2, part 3

The itinerary is for all day long with a lot of things, if it’s too intense for you, you can split it into more days. Every day we started our day at 08:00 and finished around 01:00 🙂
So let’s begin…

Breakfast at Soho in Balthazar restaurant

Balthazar restaurant is considered as one of the top restaurants for breakfast. The food there is amazing and the service and atmosphere are great. My brother recommended us this place (he works in Manhattan). Roman ordered eggs benedict and we both agreed that it was the best we had ever eaten.

The eggs were cooked perfectly and the sauce was delicate and creamy. I ordered toast with guacamole, tomato, and eggs which was a great dish but the eggs benedict were my favorite. 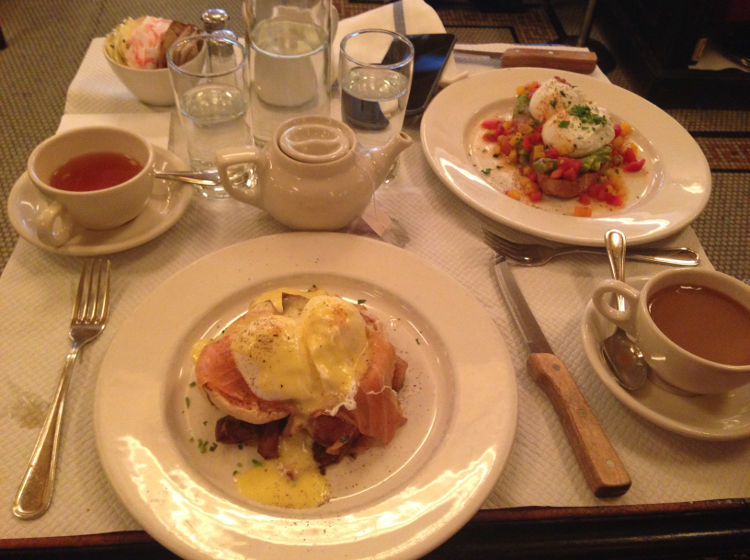 After breakfast we continued by foot to Chinatown. When we arrived there we certainly felt like we had arrived to China. We decided to buy bubble tea and to wander around. China town is full of Asian restaurants, shops, and has a great atmosphere. Because we had a very, very long flight (we travelled from India to NYC and it was a 16-hour flight) my neck and back hurt a little so I decided to have a Chinese massage for 15 minutes for my back and head for 10 USD. We saw it while we walked in Chinatown and it sounded like the perfect solution for my pain; and it was. The massage really released my muscles and I felt like a new person. I definitely recommend this break for a massage especially if your back hurts.

The place where I had the massage is called “Foot reflexology & body work”. 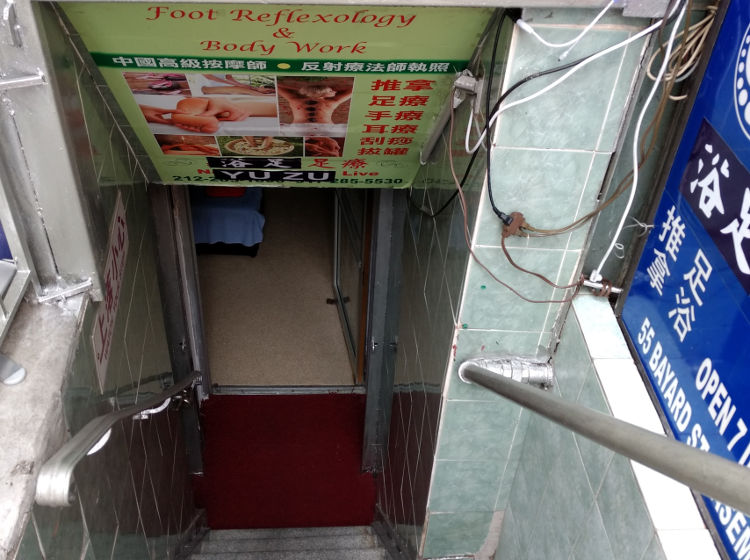 After two hours of walking, Roman got hungry. We passed near a Ramen restaurant  Bassanova ramen and saw an article in google that says that it’s one of the best places for Ramen soup in Manhattan. So, of course we had to try it.

It was so good that we thought about ordering one more soup but we wanted to leave room for the cheesecake. 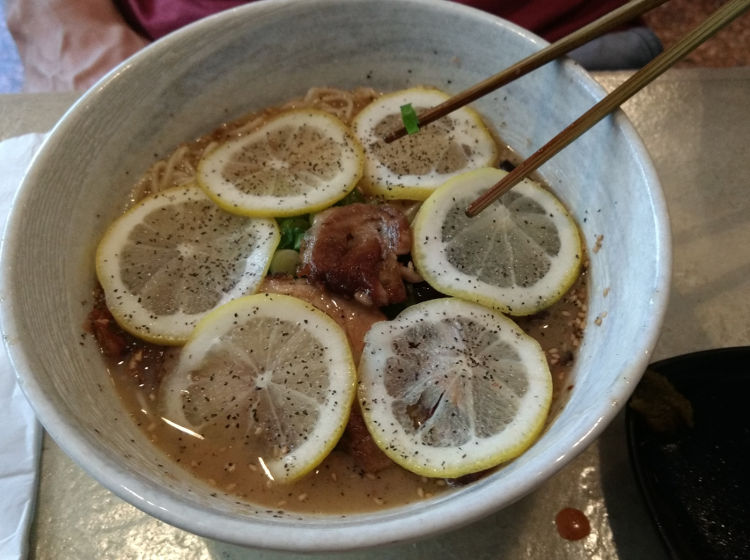 One of the best cheesecakes in Manhattan

I looked again in google where the best cheesecake in Manhattan is, and I found several options. One of them was close to Chinatown and the reviews about it were amazing so we went there.
We walked to Little Italy and there was the bakery Eileen’s Special Cheesecake

There was a big variety of flavors and everything looked so good. I chose the salted caramel cheesecake and Roman chose the coconut cheesecake, and we ordered two cappuccinos. Both of the cakes were so delicious, they were in the right size (not too small and not too big). It’s definitely one of the best cheesecakes I have eaten.

The salty caramel added to the flavor but the cheesecake itself was so tasty. The price is very reasonable: it cost 3.5 USD for a cake. 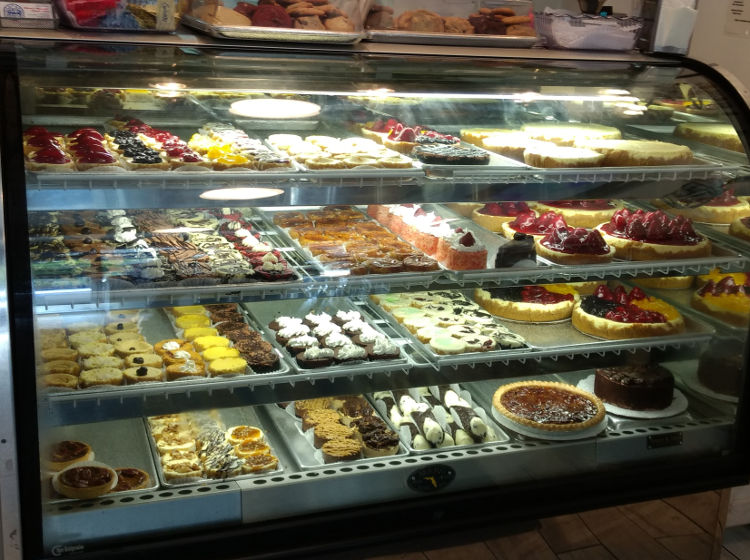 After the cheesecake we continued by foot to the 9/11 memorial. It was about 30 minutes walking. The monument is so impressive. I think one of the most impressive memorials I have seen.

There is also a memorial museum. The line there was too long so we decided to spend our time watching the monument and to think about what happened in that place. I think that this place is a must to visit. Even if it’s for only a few minutes. 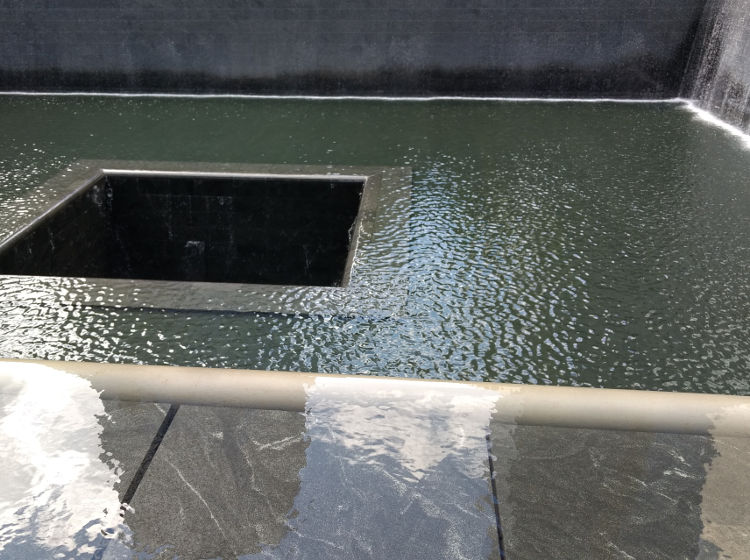 From the 9/11 memorial we continued by subway to Central Park. This is the most famous park in Manhattan and it’s so huge. You can spend hours there just sitting and enjoying the park, without even having to do a picnic. You can also rent bikes and travel in the park with them. You can find a coupon for it in Groupon. 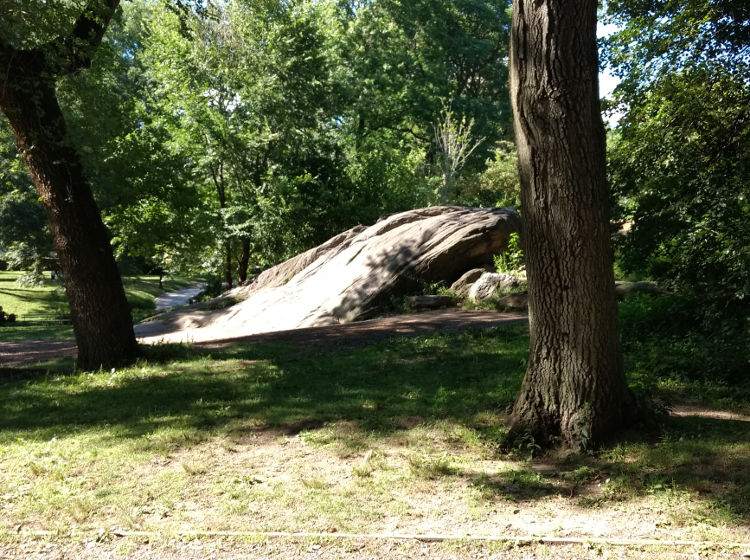 After the park we went to the AMNH museum which is a few minutes from where we were. We paid 22 USD per person for a ticket but you can also pay as much as you want. We arrived at the museum around 16:00 and it was closing at 17:30 so we were disappointed we didn’t have enough time to be there, because there are so many things to see.

We tried to check out as much as we could. And of course we didn’t give up on the last floor where the dinosaurs reconstructions. I was very impressed by this museum. No doubt that you can spend half a day there and even more. It is suitable for kids and adults. 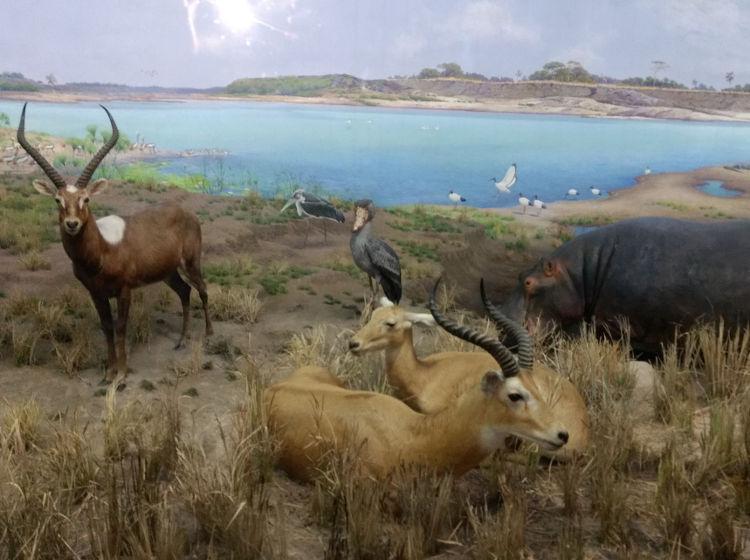 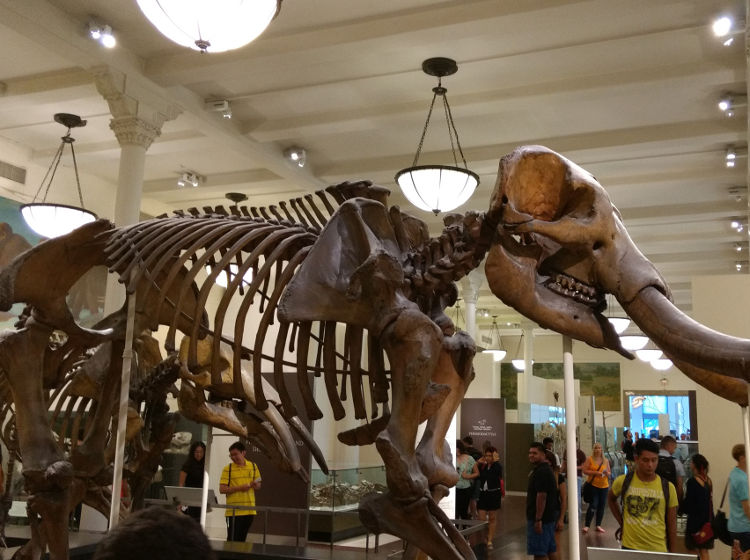 After the museum we felt that a cocktail would be great so we found a place not too far from where we were (about 20 minutes walking) which was very popular. When we arrived they had a table outside, but after 30 minutes the place was crowded and people were waiting in line for a seat.

We ordered two sangria, four types of pickles (their specialty), and a corn dish. The service was great. Roman really liked the sangria but I thought it was ok, nothing more.
When the waitress asked me about it, I told her that it’s not for my taste and she offered to replace it with another cocktail. She brought me a sour cocktail that was really good.

The pickles were great and also the corn dish. This is a great place for hanging out. Great vibes, tasty food, and good cocktails. The bill was about 65 USD (including the tip). 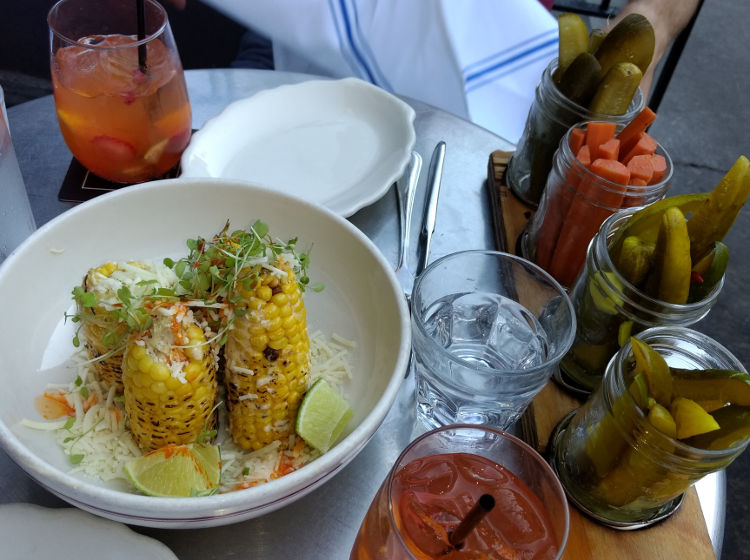 We took a subway to Times Square. We walked a little bit there and watched a street show. Because Roman is very tall (1.97m) the moment they looked for volunteers from the crowed they saw Roman and requested him to participate in the show. It was funny 🙂 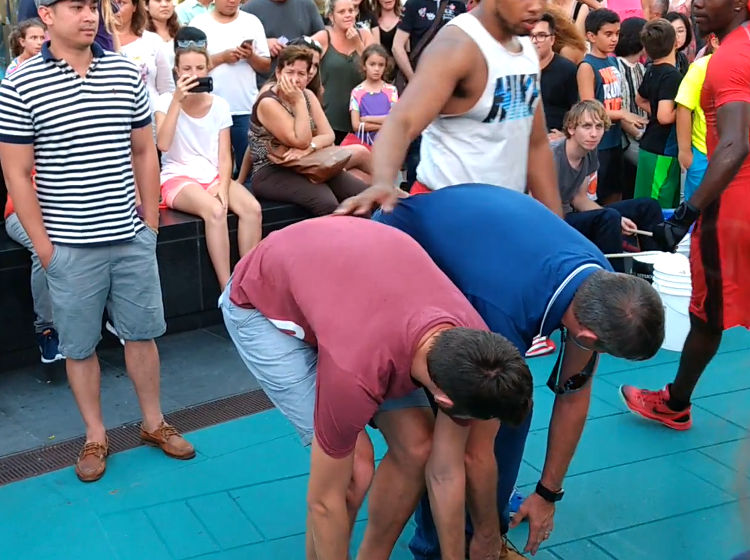 Dinner at Spotted Pig- in the West Village

We took a subway to the West Village in order to meet my brother at the Spotted Pig restaurant. This restaurant has a Michelin star for its hamburger.

We ordered for starters deviled eggs, ricotta dumplings, and mushrooms on a toast. Everything was so good, but the ricotta dumplings were my favorite. For main dishes we ordered a scallop dish and the hamburger, of course. Both of them were amazing, but the hamburger… Wow! I’m still thinking about it. 😉 The bun was the same size as the burger. The burger had blue cheese and was cooked perfectly. It was an amazing ending for an amazing day. 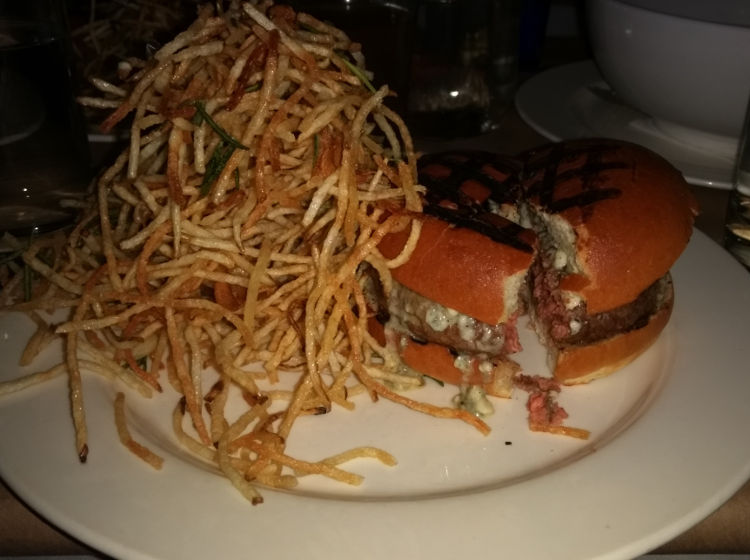 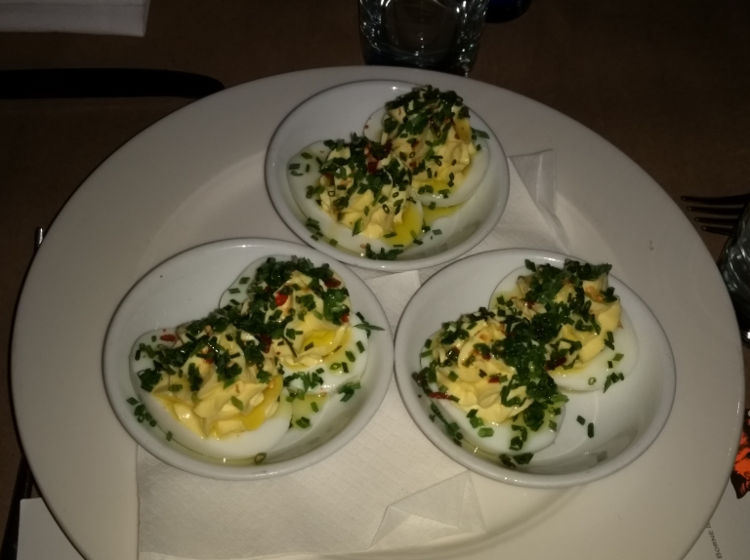 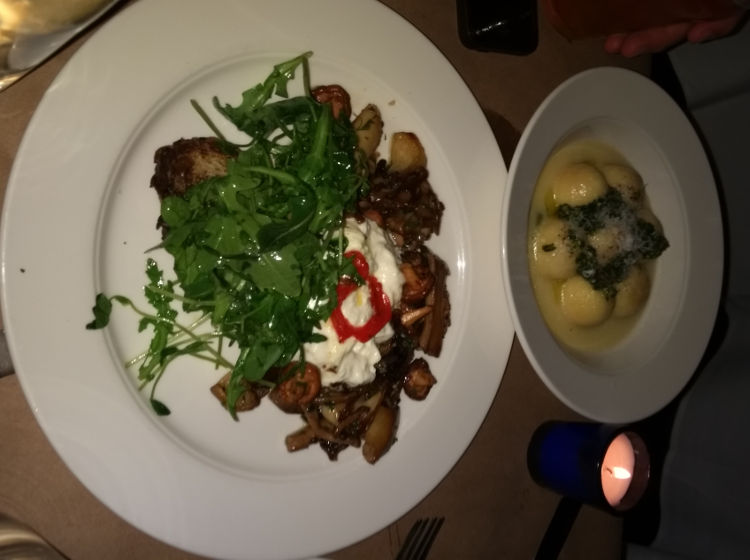 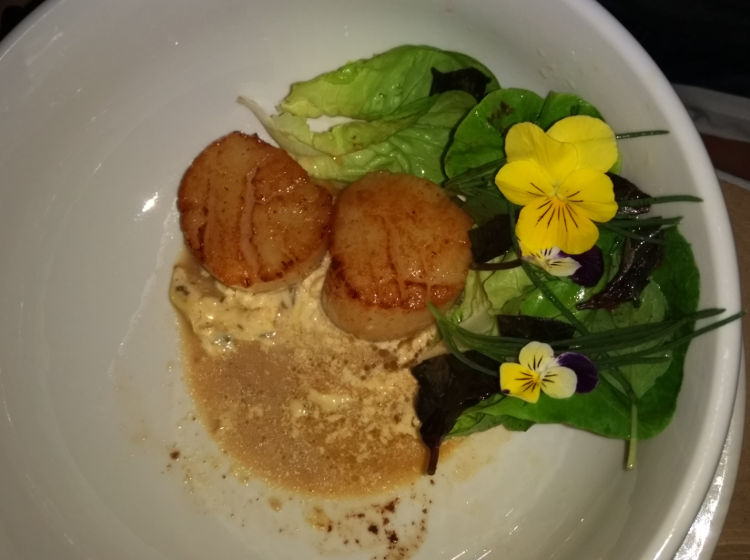