As you’ve probably gathered by now, Roman and I really like bike tours. We love the combination of physical challenge and the opportunity to see as much of our destination as possible. On a bike tour, you’ll get to see much more than by foot. Each kind of tour offers its own unique pros and cons, which is why we usually opt for both.

Before arriving in Athens, I’ve looked into interesting bike tours. Since I knew we’ll be doing a food-tour in Athens’ central areas, I focused on tours in other parts of town. That is how I came across “Athens by bike”, a company offering several bike tours, such as “Athens Riviera ride” – A tour mainly focused on the city’s shore line. A ride along the sea seemed to fit my criteria perfectly, and as it turns out, it was truly an amazing, relaxing and challenging tour. 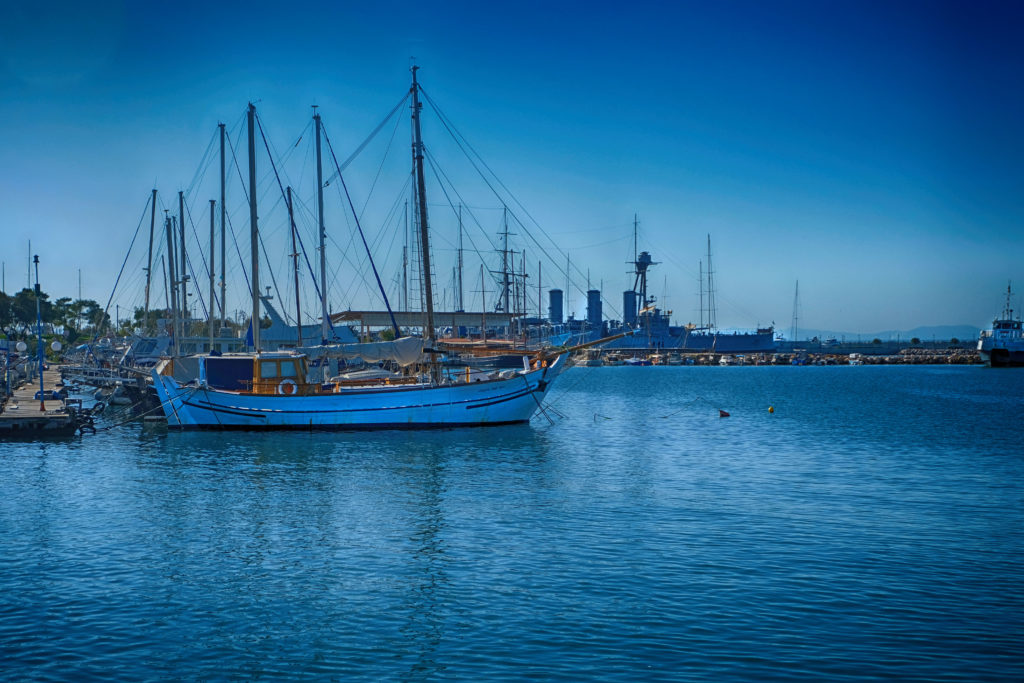 In the morning, we arrived at the company’s bike store, which is located right next to the Acropolis metro station. As it turned out, we were the only ones to book a tour for that day, and so we got a private tour. Our guide was Dimitris, a charming and funny guy who was really patient and interesting and made the tour a huge success.

We started the ride in the city itself and Dimitris took us to a vantage point overlooking the Acropolis. It’s a lesser known spot and so without many people, yet a beautiful place to picnic with a lovely sight of the city.

We could see the opera house that’s by the beach, where Dimitris said we’ll be riding. From there we went on a bike trail leading to the opera house. I thoroughly enjoy riding long bike trails, it’s quite and calming and we could see different areas of Athens along the ride. 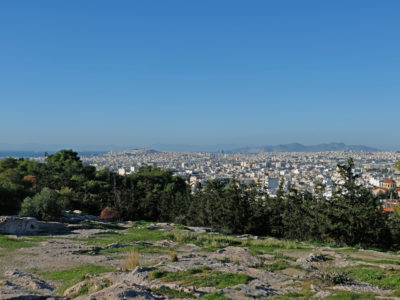 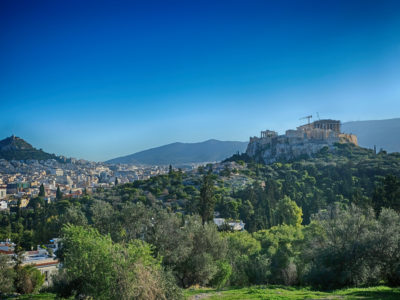 We stopped occasionally and Dimitris told us of the places we passed along the way. When we got to the (very impressive) opera house, we locked our bikes away and went up to a vantage point off of the building itself. There’s a free ice-skating arena there and you can even sign up online for free ice-skating lessons (A great kid’s attraction).

Additionally, there’s a yoga class on the lawn next to the building every morning, which you can sign up for online as well. There are many more free activities – Here’s a link to their site. 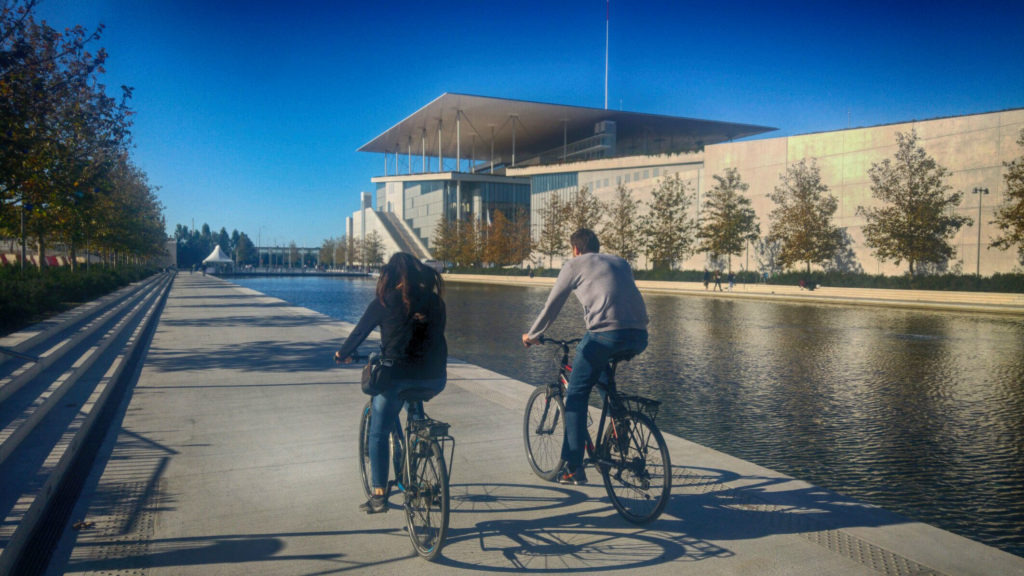 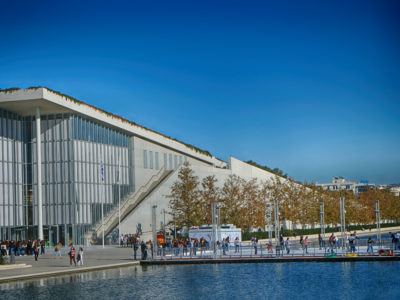 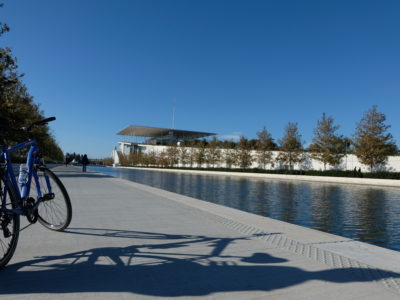 We also visited the library which is very elegant and pleasant. It’s only been open for a year and the books haven’t arrived yet, so it’s currently a book-less library, but has computer stands and people come to just sit and have coffee. 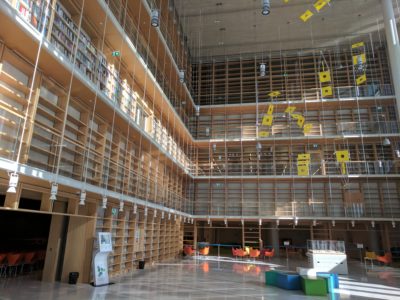 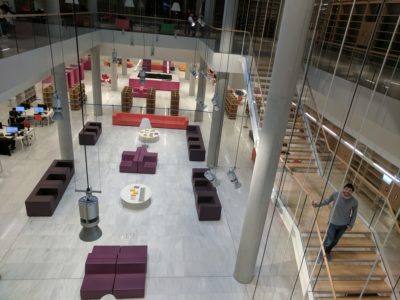 We continued riding along the beach. The weather was an excellent 20 degrees. We then had a coffee break by the sea, which is something I absolutely adore – enjoying the little things in life 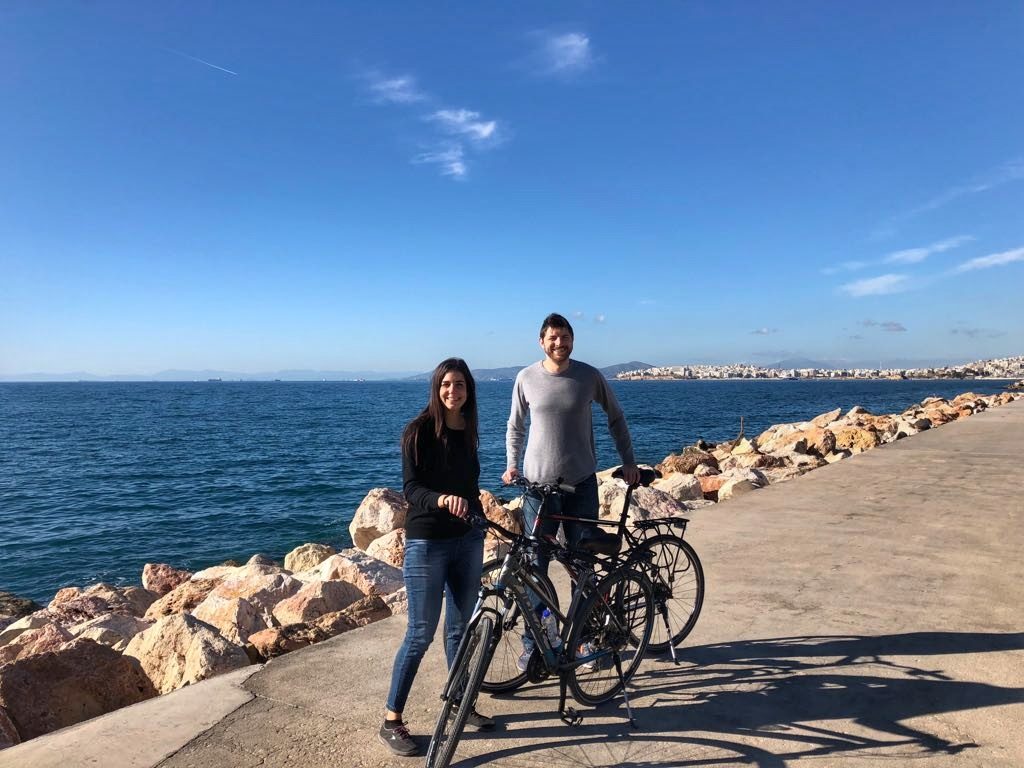 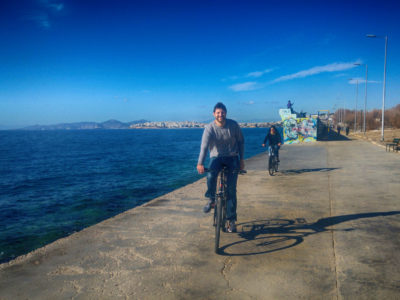 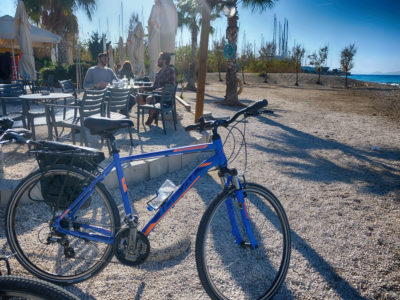 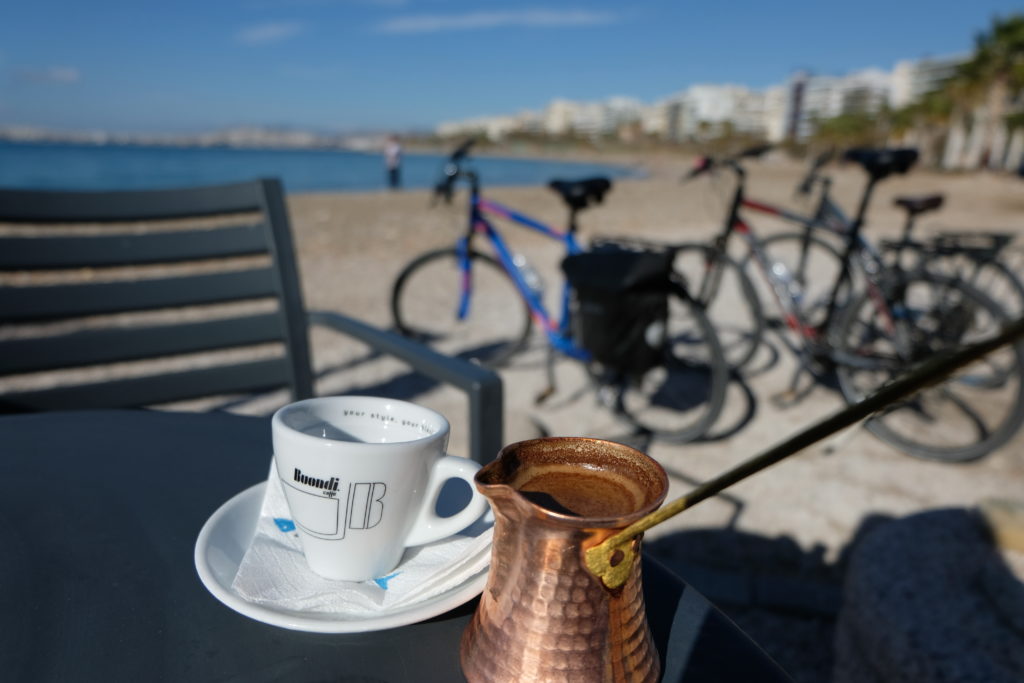 On the way back, we stopped for traditional Greek food, a type of Bourekas (Only much tastier in my opinion) that is sweet or savory and is one of the tastiest foods there are. We tried it on the food tour as well – It’s served fresh, straight out of the oven, and is really crunchy and excellent. It’s highly addictive. It was a nice stop for recharging your batteries so you can keep riding. I liked that the tour included a stop to try local cuisine, which was unexpected. 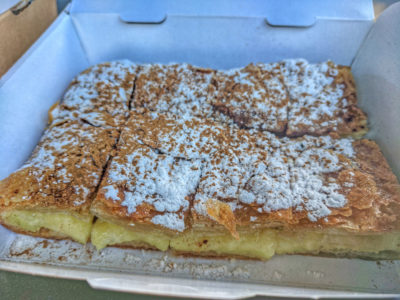 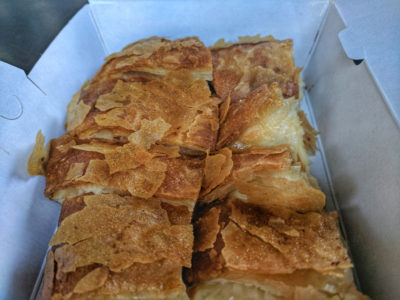 Since we had some time to spare, Dimitris decided to take us on a short graffiti tour, as well as to several beautiful churches in the area. He does that sometimes when there’s extra time, which is really nice. 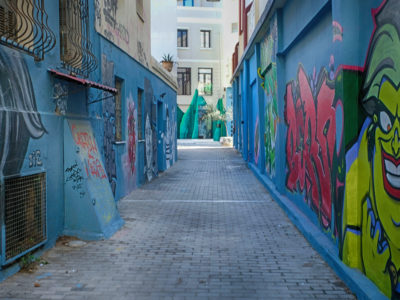 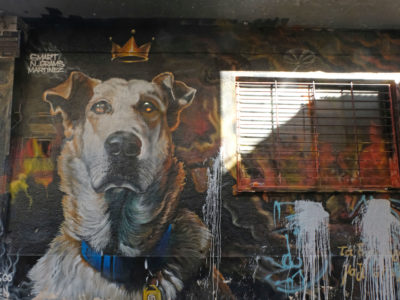 The tour was about four and a half hours long, and while you don’t spend all that time riding, a certain level of physicality and ability to ride a bike for long are required. If you’re unused to riding – this tour might prove a bit long for your taste, however the company offers many more tours that are shorter. The ride itself is quite planar and Roman didn’t feel a physical challenge, but I felt drained when we were done.

This tour is definitely recommended for those who like riding a bike and are looking for another way to explore Athens – and not just it’s central areas. Additionally, after the tour Dimitris sent us a document with recommendations for many things to do in Athens and we tried a local restaurant off the list – which was really good.