The first time I visited Delhi was during a trip after the army. I was there in the summer, which isn’t the recommended season as it gets very hot there – over 40 degrees Celsius. I didn’t realize how bad it gets back then, but now that we went back during the winter, when it’s 25 degrees out during the day (Yes, that’s considered winter over there), it was very pleasant, and I enjoyed exploring the city.
So the first thing I recommend about Delhi is visiting during the winter, between December and March (We went in December).

We flew to India for a two-week trip in cooperation with our friend Noam, who plans private trips to India. The trip was to the Rajasthan, Rishikesh and Delhi areas. The trip included a private driver, different guides at every new destination and great hotels.

Delhi, the capital of India, is one of the craziest cities in India. It is a combination of poverty and luxury, street food and gourmet restaurants, guesthouses and high-class hotels, filth, crazy traffic jams, harsh climate (especially in the summer), eye-catching temples and plenty to see and to do.

Delhi is divided into two areas of Old Delhi and New Delhi. New Delhi is considered the prestigious area where you can also find the luxury hotels. Old Delhi has the largest market in India and is one of the craziest places anywhere. It may cause a bit of a cultural shock to those visiting for the first time.

How to get to Delhi

We arrived on a direct flight from Tel Aviv to Delhi with Air India.

Where to stay in Delhi

We stayed at a crazy five-star hotel with a pool, three restaurants, bar, shops, a café, a spa and excellent service. The Lalit New Delhi Hotel is located in the New Delhi area. A 10-minute walk from a large center with restaurants and shops. There are rickshaws outside the hotel, and you can easily reach anywhere in the city with them (it’s better to take a rickshaw than a taxi because of the many traffic jams). Hotel price comparison. 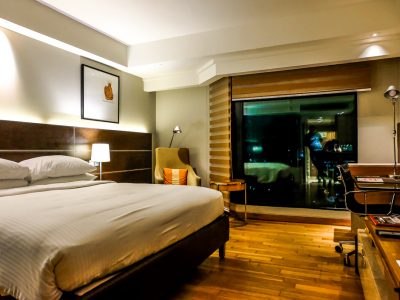 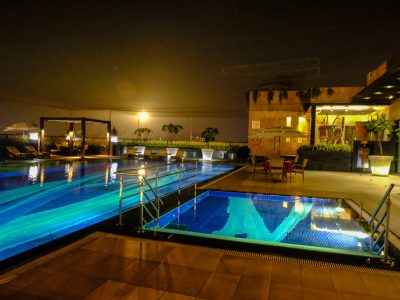 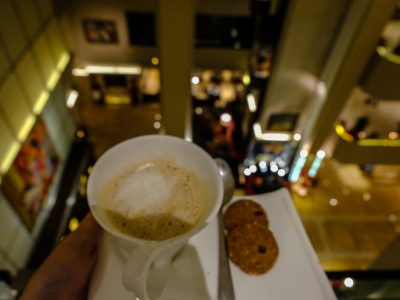 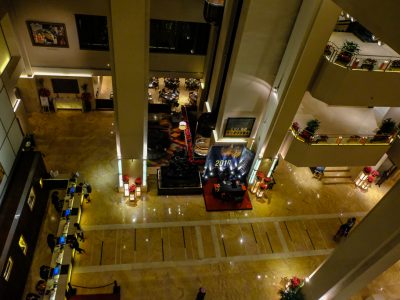 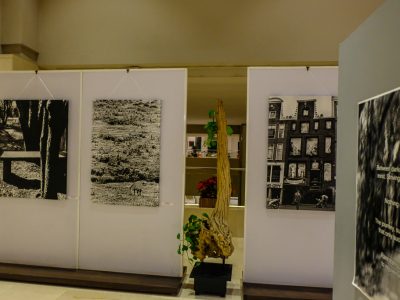 Things to do in Delhi

This temple is less familiar among tourists and more among locals because it is forbidden to photograph there. There is less awareness of this impressive place, but it is considered one of the most beautiful temples in the world and the truth is that it impressed us greatly. We came there with few expectations, but even standing outside it we grew enthusiastic. On the inside, it is simply breathtaking (It’s surrounded by amazing green gardens with fountains).
I think pictures wouldn’t have been able to do it justice anyway, it is definitely a must when visiting Delhi.

The temple’s size awarded it a prestigious spot in the Guinness book of records, as the largest Indian temple in the world. I recommend visiting close to opening or closing hours, and on a weekday, as it gets rather crowded and there can be long waiting lines. Be aware that it’s prohibited to go in with a camera or cellphone and there are very rigorous security checks at the entrance. Map. 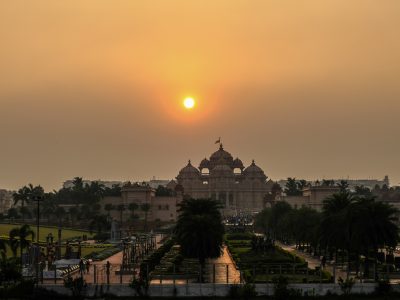 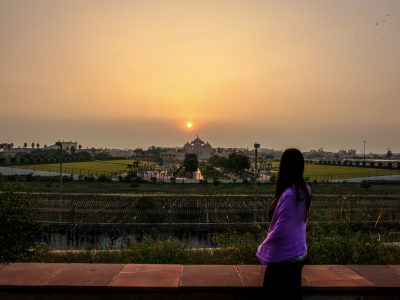 There are several such around India, for example Chand Baori between Agra and Jaipur, and another in Delhi – Agrasen ki Baoli. We got to visit the one in Delhi, which is smaller and less renowned. It’s not as impressive as Chand Baori, but really beautiful as well and not as crowded (We visited in the morning on a weekday, and there were a few dozen locals and few tourists). It’s about a 10-minute walk from the Lalit New Delhi hotel we were staying at.
This is also a great place for photos, as it’s really special, but beware of the many pigeons, or you may be in for an unpleasant surprise (It’s said that it brings good luck, at least :)) Map. 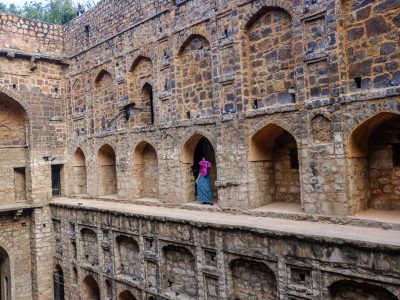 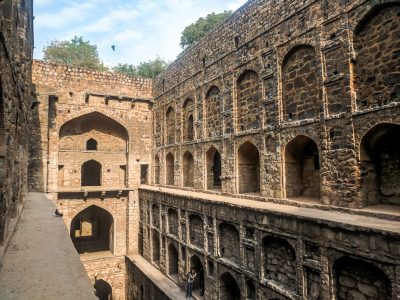 Chandi Chok Market is one of the oldest and busiest markets in Delhi. This is one great cultural shock. This is a huge area with different markets, where you will find a spice market, clothing market, fabric market and more … This market has existed for around three hundred years and is famous not only in India, but all over the world. We traveled on a rickshaw there, because the truth is that there are so many rickshaws that it’s very hard to get around on foot. 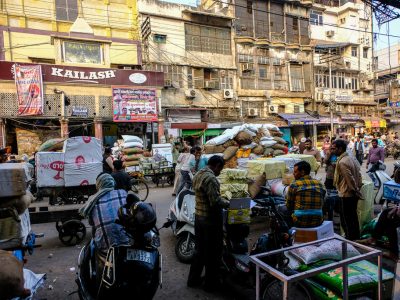 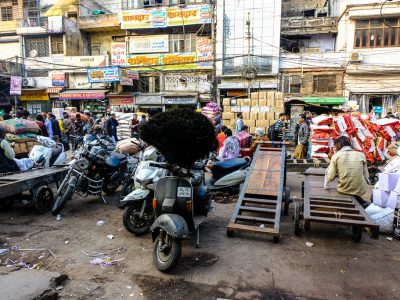 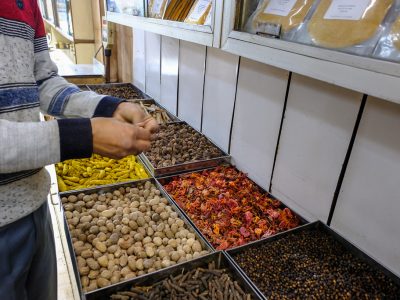 Built by the British at the end of the First World War in memory of the Indian fallen, a very impressive gateway. The gate leads to the widest street in India, which is used for a military procession and reaches the parliament (which we also visited and is the largest in the world in terms of territory, also built by the British). Map 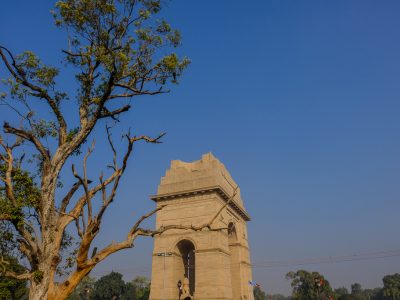 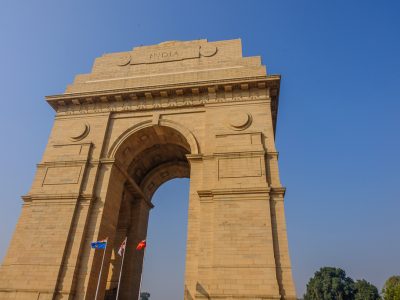 Gandhi Samariti is a museum that was Gandhi‘s home for 114 days when he arrived in Delhi to appease Hindus and Muslims in Delhi and where he was also murdered. His life story is described by puppet shows prepared by school children.

You will see a preserved room there, where Gandhi used to live and the place where he was shot while walking to his speech.

The museum exhibits photographs, sculptures, paintings, murals, inscriptions on rocks and remains from Gandhi’s time. We found the museum very interesting and a great way to learn about Gandhi. It is not obligatory to go there with the instructor because there is a lot of reading material and the puppet show is accompanied by short excerpts. 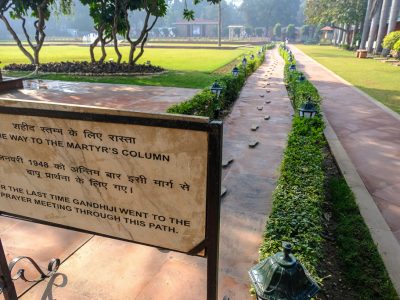 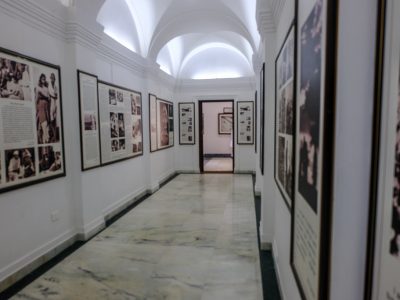 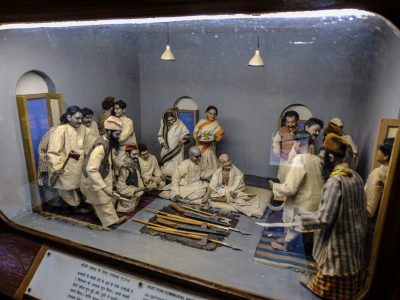 The only Bahai temple in India and in the form of a lotus flower. The truth is that we came to the Temple only to take pictures from the outside. Both because we had a busy schedule and also because we read that it wasn’t particularly special from the inside. However, if you are in the area then it is worth going a visit. Map 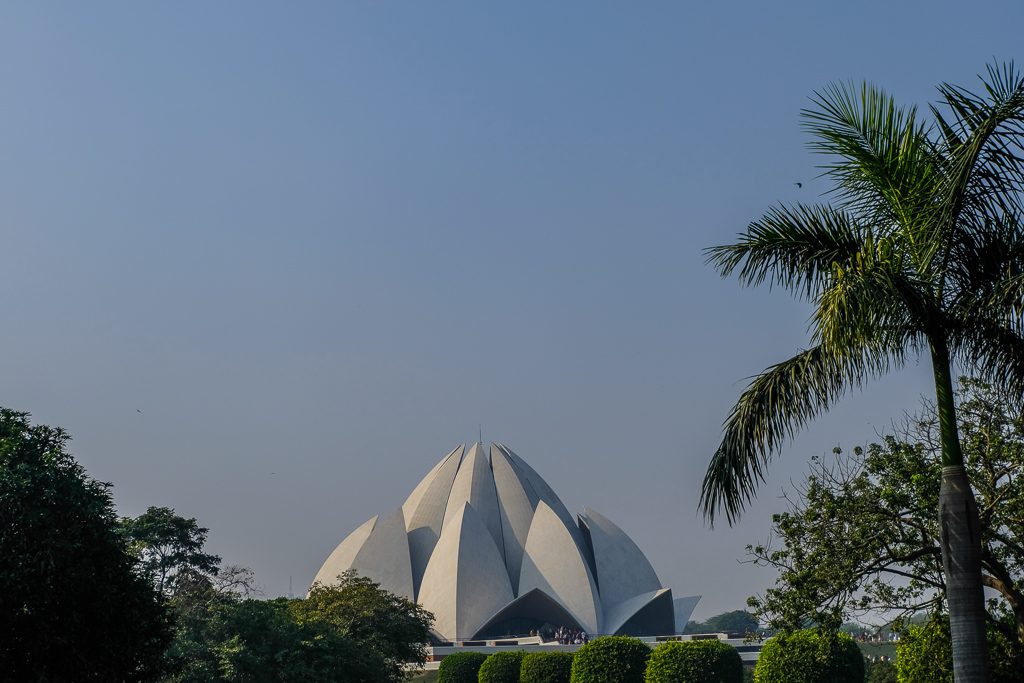 The House of Parliament is also known as Sansad Bhawan. It is a magnificent curved structure where representatives of Indian democracy meet. Is the largest democracy office in the world. The diameter of the building is 170 m. The entire Parliament House is surrounded by a red ornamental stone wall. You cannot go inside, only see the buildings from the outside. 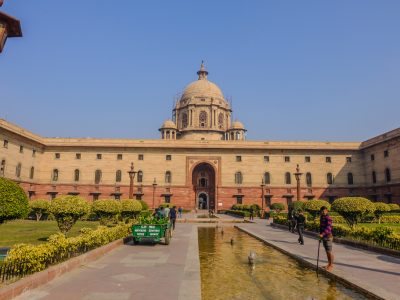 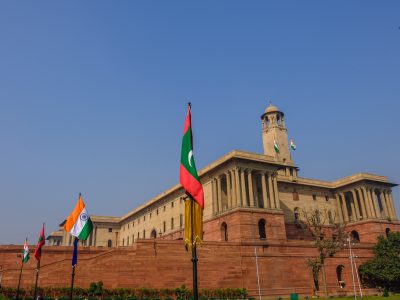 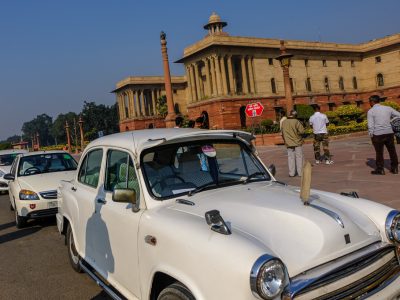