In early November 2018 I got the chance to visit Kaunas, Lithuania, with Michal – Another travel blogger. We had an interesting and empowering experience. One of the things I found most exciting during the trip and after it was reading comments from blog followers. Many comments stated that their family is originally from Kaunas and that they are glad to get to know the city through my eyes, as they hadn’t had the chance to visit it.

When I returned home from the trip, Dor, a friend of my husband Roman, contacted me and told me his grandmother’s sister used to live in an apartment adjacent to the gallery in the yard I’ve photographed. Today Bella Shirin lives in that apartment (Instead of his grandmother’s sister). I remembered how the tour guide told us about Bella, who’s family survived the holocaust thanks to her father’s watch store. I was very excited to hear about it and asked Dor if he could connect me with Bella (Who had recently been to Israel), and so two weeks after the trip Michal and I drove to Bella’s Son’s house (Where she stayed during her visit), In Rishon Le-Tsiyon and heard her story.

Bella dedicates her life to bridging between the two nations and works hard to create a connection with Kaunas in particular and Lithuania with Israel in general.
She visits Israel twice a year since her son lives here with his daughters.

Bella told us her life story and the turn of events since before she was born and until today. Her story is so touching I had to write about her and our meetings, although it’s not something I’ve done before. 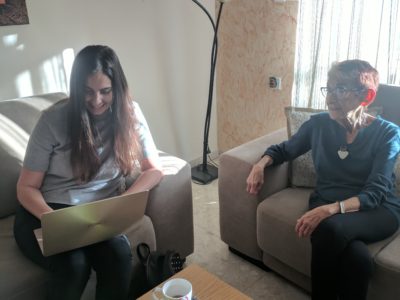 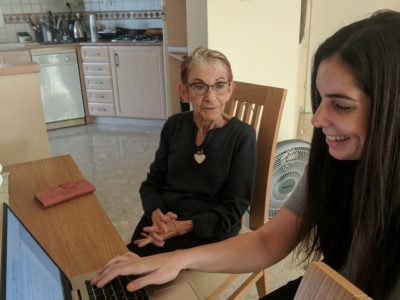 Bella’s parents were born in Kaunas and lived in it until 1963. They had a flourishing watch store there. In 1940 the soviets invaded Kaunas and destroyed her father’s shop. Her parents were supposed to get married, but the second world war broke out and everything went wrong. Her father ran to the woods, where he was caught by a Nazi officer.

He gave the officer the expensive leather gloves he had on him and told him he couldn’t enjoy them anymore, so he’s giving them away as something to remember him by. The officer spared his life and told him to run. That’s how he miraculously survived.
After this, the entire family was sent to the Kaunas ghetto, and on to the extermination camp in Poland. Due to her parents’ professions (Her father was a watch smith and her mother was a tailor), they weren’t sent straight to the incinerators but rather worked at the camps for the Germans. Towards the end of the war they were finally sent to be incinerated, they were naked and about to be burned when suddenly the American began their bombing. The Germans ran for their lives and her parents’ lives were saved.

After the war her parents returned to Kaunas, got married and Bella was born in 1946.

She lived with her parents until 1963, when they decided to come to Israel and fulfil the Zionist dream (Bella was 17 at the time).

The journey to Israel was unbearable, they came by ship from Austria (A journey which left Bella scarred and unable to sail ever since).

Bella got married in Israel at a relatively young age and brought her son into the world. A few years later she divorced her husband after suffering physical abuse and threats to her life (He was suffering from post-trauma after the six-day war and was never treated properly). Bella raised her son alone for all those years.

At a young age her son was diagnosed with heart problems and he went through surgery when he was 8 years old.

She maintained appearances, but wasn’t fine and suffered greatly, including from recurring nightmares.
At some point in her life Bella wanted to return to Kaunas but her father developed cancer and the doctors gave him two years to live. She stayed with him in Israel and took care of him.
He fought the disease for 12 years, and she stayed with him in Israel up to his death.

After her father’s passing, in 2004 at the age of 58 Bella returned to Kaunas. Her son stayed in Israel with his family.
After coming back to Kaunas, Bella’s nightmares and episodes had passed.Her return to Kaunas illuminated Bella’s purpose for her, and her mission became to bridge between the two countries. 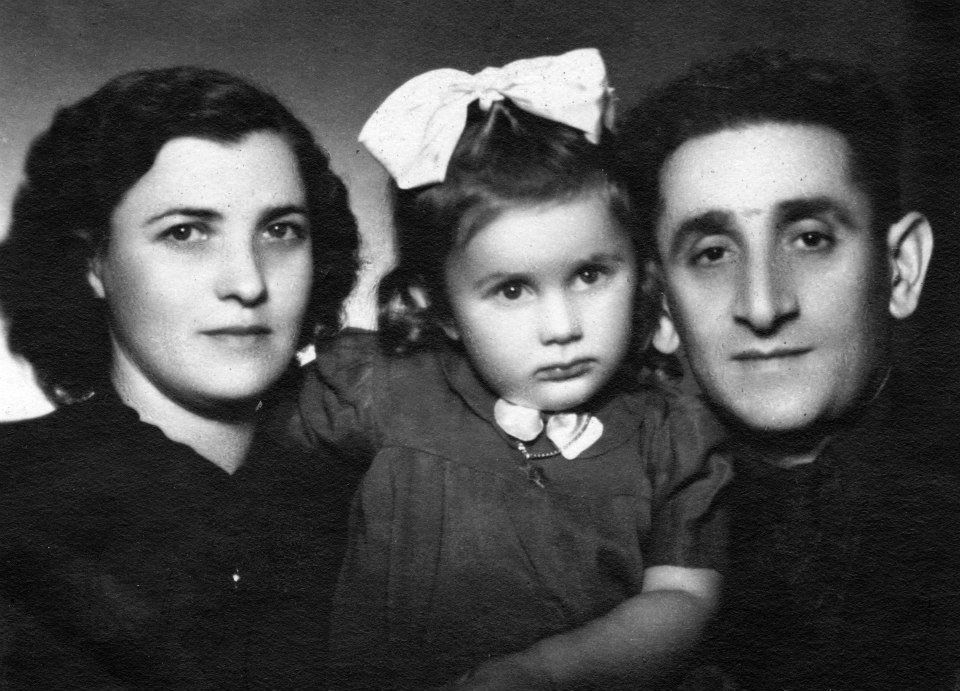 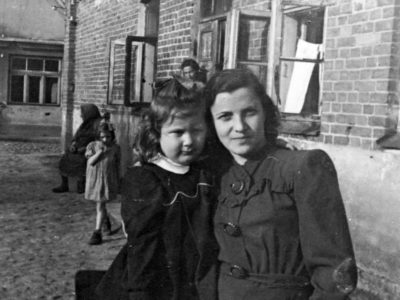 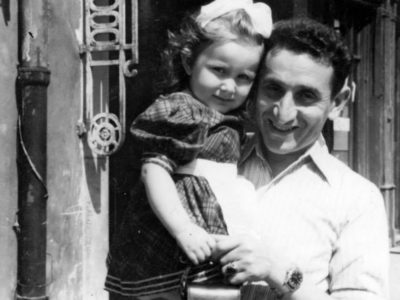 Bella’s and her family’s story sounds like a movie script. It’s an awfully sad and difficult one but has several optimistic points with a lot of luck and good people along the way (Some are Lithuanian and German) thanks to who a part of Bella’s family survived the holocaust.

You have to meet Bella face to face to understand what I’m talking about. She’ll charm you in seconds. Bella does a lot for Kaunas and towards bridging our nations. She works to preserve the legacy and the connection between the peoples and the religions. It’s also notable that recently a committee has discussed choosing Kaunas as a European capital. Bella was the ambassador who spoke in front of the committee members. Kaunas was chosen as the city of European culture for 2020 and one of the reasons for it winning the prestigious title was Bella’s speech.

During her speech she addressed the committee, saying: “To me Kaunas is like sleeping beauty, who needs only a prince to save her, please be the princes to do it”.
Also, Bella was nominated woman of the year in Kaunas last year and won second place.
A film director from Lithuania has written a play about Bella and her Family and their life story. The show has been running in Lithuania for two years, already. Bella arrives at every show and gives a speech to the audience at its end.

I must admit it took me a long time to figure out how I want to write this post, since Bella’s story is so touching.
It was important to me to not simply tell her life story, but to write about my insights from meeting her, as well.
One of the things I told Bella towards the end is that she warmed my heart and strengthened me a lot. I travel a lot and have been to Germany, Poland and Lithuania.

I sometimes get messages from people who think it’s wrong to visit these countries or feel hurt by me traveling there. I know it’s impossible to please everyone, and that it’s ok that I do what makes me feel good, but after meeting someone like Bella whose family has gone through the holocaust and yet she still ended up returning to Kaunas. It all made me realize that everyone chooses to handle his past in his own personal manner.
It’s also alright to understand that you can’t change the past, and only try and work towards and better present and future.

Here are some things I’ve learned following my encounter with Bella:

After meeting Bella, I asked her how it was to return to Lithuania and why she loves living there. Here is what she wrote me:

“The Lithuanians in Kaunas embraced me with a warmth and love I couldn’t imagine. When it comes to restoring the Jewish culture, the main activists are the Lithuanian people of culture. The everyday help I get from them, especially during the winter when the streets grow cold, is indescribable.  I get calls and food, so I don’t even have to go shopping on my own. People come to take me, so I won’t accidently fall. They really want to meet and grow closer to Israelis. They swallow every bit of information about the history of the Jewish people. So, please come and together we can build and expand the bridge between more and more nations”.

I wanted to give a giant thanks to the amazing Bella, who agreed to open her house to us and tell us her stories for hours.