I must admit I didn’t know much about Kaunas before Michal (A fellow travel blogger) reached out to me and invited me to join her on a trip to Kaunas, Lithuania – a trip she was invited on by the city’s office of tourism.

After her offer, I of course googled the city looking for information and came across pictures and details about the city that made me want to go and explore it. It looked like a city with fascinating history (Jewish history too), with beautiful architecture and street art. After making sure the dates fit my schedule, I told Michal I’ll join her.

I first met Michal at the airport and we hit it off right from the start, and honestly, our trip turned out great (The office of tourism’s itinerary was interesting and well thought out).

A bit about the city Kaunas

Kaunas is the second largest city in Lithuania (After Vilnius, the capital), with around 300,000 inhabitants. It was Lithuania’s capital between 1929 and 1949.
In 2022 it’ll become one of Europe’s cultural capitals and is thus going through a lot of renovation (If you visit it anytime soon you’ll see a large part of the city is under construction and renovation).

The city has a great basketball team, and it’s the pride of the city. Anyone you’ll talk about basketball to there will be enthusiastic about it. Fortunately for us, we were in town during a game against Real Madrid and the Žalgirio Arena gave us game tickets. It was one of the trip’s special experiences (A recommended experience for people who aren’t usually basketball fans, as well, the game has an amazing atmosphere).

Kaunas radiates a feeling of calm and quiet, while also having many great restaurants, cafés, stores, cool avenues, street art, unique museums like the music museum and lovely people.

How to reach the city?

Until recently you had to take a flight to Vilnius and travel from there (It’s 100 km away from Vilnius, so the distance isn’t that long, about an hour by car), but a new Ryanair flight opened recently straight to Kaunas (We were on the first flight there. Yay :)). The city is called different names in different languages, so make sure you search for Kaunas.
The drive from the airport by cab takes about 30 minutes, and there’s also a bus directly to the city center which takes somewhat longer. Link to flight price comparison. 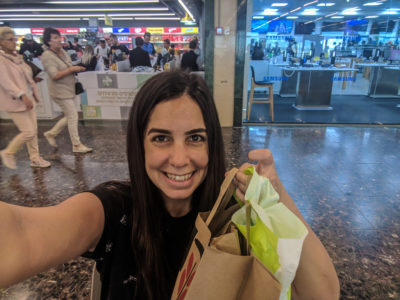 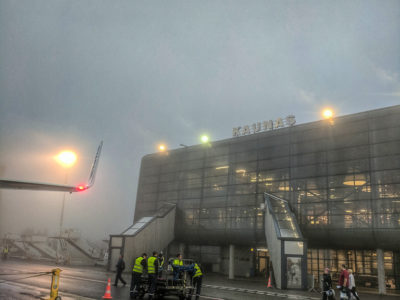 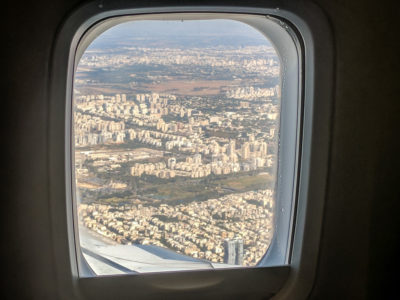 Where to stay in town?

We stayed at the Best Western Santakos hotel, a 4-star hotel in a great location!! One of my favorite things about this hotel is its location. It’s right on the border between the new town and the old one, making it the perfect hotel for those looking to explore the city from every direction. We walked nearly everywhere, and it wasn’t too long of a walk.

The hotel is designed in an ancient style (I wasn’t really feeling it as I’m more into the modern style) and its architecture is reminiscent of a castle with winding corridors (I prefer small boutique hotels and was struggling a bit with its sheer size, it always took me a while to find where breakfast was haha). The room itself was spacious, which was fun, especially since I had the room all to myself and an enormous space.

Breakfast was nice, but nothing too unique. It had all the basics like breads, spreads, eggs, sausages, cheeses and pastries, but not of the highest quality.
The hotel also has a sauna and a small roofed pool, which we didn’t have time to visit, but we went to check them out as we saw signs leading there 🙂 The hotel staff was really nice and the hotel and rooms were always clean.

In short, for anyone looking for a hotel in a good location, reasonably priced, I definitely recommend this one (Not the best fit for those looking for a lucrative, boutique hotel). Additional reviews about the hotel and link to hotel price comparison. 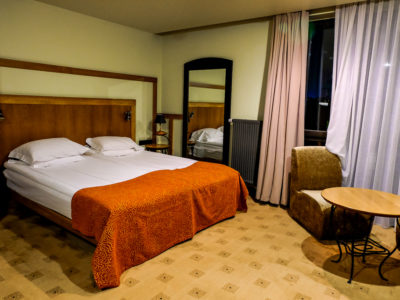 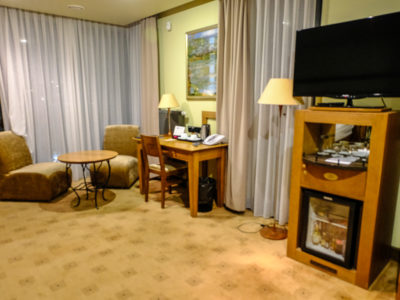 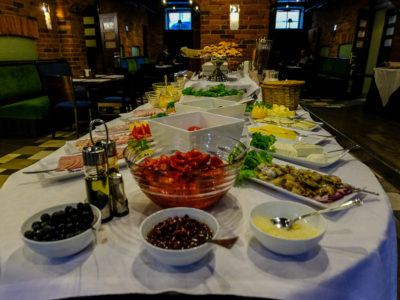 Sim cards may be a frustrating issue in certain towns (Rather pricey and can only be found in communication company stores, with a passport). In Kaunas, however, it was one of the simplest and most worthwhile things. At every kiosk or supermarket, you’ll find a sim card. I bought one for 1GB for 2 euros!! I used it for four days and it worked great, with constant reception. It’s really recommended to buy a sim card there instead of paying for an internet package.

Kaunas honestly surprised me with the number of good restaurants it has. We got to eat at 7 restaurants, each meal being highly successful, with many more worthwhile restaurants to try (That I’ll definitely try the next time I’m there). I’ve written a detailed post about the restaurants we ate at. Link to post about restaurants in Kaunas. 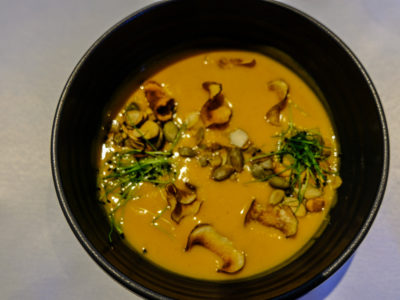 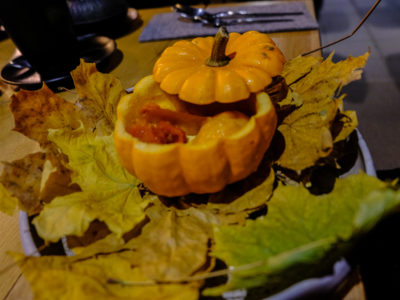 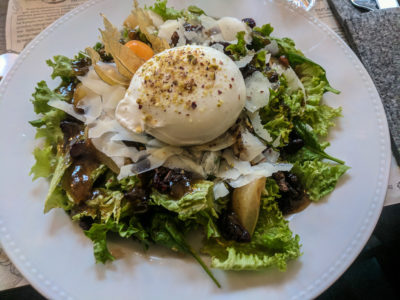 Public transportation in the city

We actually walked for most of our time there, and when not walking, we were with our guide who drove us around by car. Kaunas isn’t very developed in terms of public transport. There’s no metro or tram, but there is a train (The train is for going to other cities, not traveling in the city ) and busses, troleybusses and minibuses – in winter – they change the timetables. Best way is to check this website so you can see the routes and real time movement.
A ride costs 1 euro, and you can also buy an electronic ticket in supermarkets and kiosks and charge them with money, that way the rides are cheaper.

To the airport we took a cab with a really nice driver called Vildoras, here’s his cell number if you’re looking for a driver to pick you up or return you to the airport: 865-219-699

Additionally, Kaunas’ whole area is supposed to be really beautiful and I think it’s worth spending 3 days in the city, then renting a car and traveling the region or even driving to neighboring countries like Estonia or Latvia.

When should you visit Kauans?

If you’re looking to really experience the city, I think it’s better to visit during the warm months and not in the dead of winter. The best season is considered to be the end of April to the beginning of October. However, visiting during December can be great due to the holiday spirit.

Since public transport is under developed, there are lines which change route during the winter. Additionally, you may rent a bicycle at many locations in town, but those aren’t available during winter. We were on the trip during the end of October and we were lucky, with average temperatures of around 16 Celsius and we got to enjoy the autumn colors which are usually gone by that time. 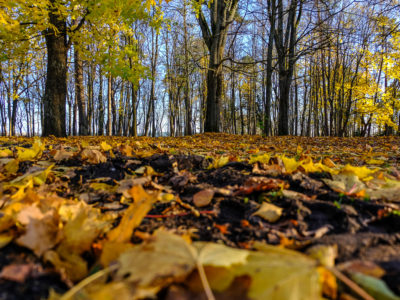 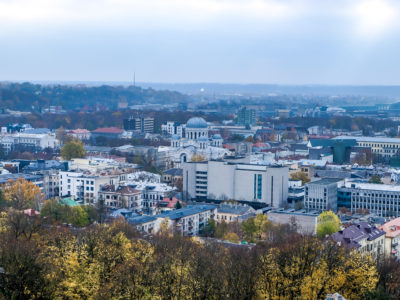 They use Euros in Kaunas

Kaunas has a rich history when it comes to Judaism. Unfortunately, a large part of it is negative, but there are also many fascinating and exciting stories from this town.
The songwriter Leah Goldberg lived in Kaunas. In her youth she studied at the Hebrew Gymnasium, named after Schwaben, in Kaunas, as well as a university in the city. They have a song about her love for the city and Lithuania.

Abraham Mapu, the writer/songwriter, was born in the adjacent town of Vilijampolė (Slobodka). The city has a street named Mapu, after him.

During the holocaust, a pediatrician named Pioters Baurellis from the city’s orphanage, with the help of his team, saved children from the city’s ghetto. The Jews in the ghetto send their babies in potato sacks to the orphanage during the night to save them from the Nazis.

The city also has a museum about the story of Chiune Sugihara, a Japanese diplomat sent to Kaunas for a year and who, as a consul in the city, saved the lives of thousands of jews from Lithuania and Poland by producing visas for them.

The hardest place to visit was the ninth fort. A fort built in the late 19th century to protect the city but was used as a prison before WWII and a concentration camp during the war. 50 thousand people (Most of them Jewish) were murdered there. Today the fort holds a museum, with another museum next to it, portraying the suffering under the Nazis and the Soviets. There is also a large memorial, with several smaller ones around it, for the people murdered there. 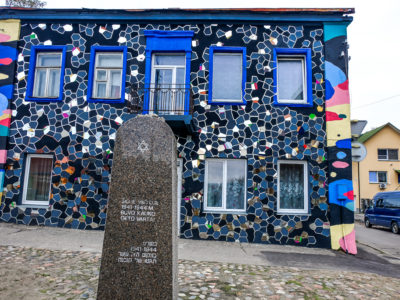 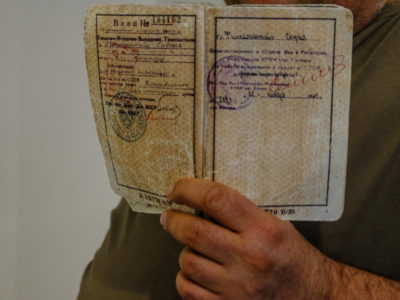 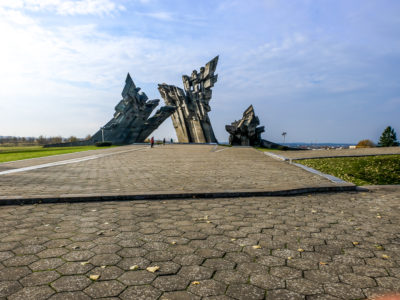 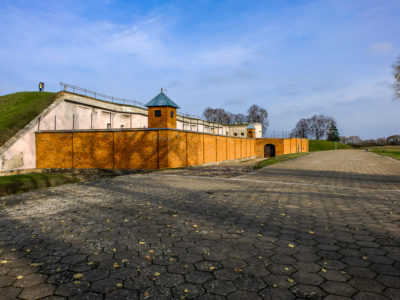 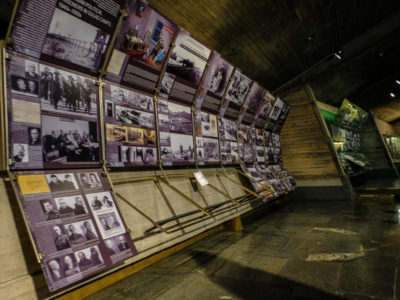