Two years ago, when Roman was in Vietnam, someone that he met in Hanoi recommended him to go to a snake village to eat a snake. The village is about 10 km from Hanoi. Roman loves exotic food, so he decided to follow this recommendation.

When he returned from there he told me that is was one of the best and most unique meals he had ever had.
When we traveled in Vietnam not too long ago, I decided that I wanted to go and try it by myself. Because if it’s so good there wasn’t a chance I was going to miss it.

We met a really awesome Austrian couple in our guesthouse in Tam Coc (Chez Beo guesthouse) and after returning to Hanoi from Tam Coc, we offered them to join us to try the meal.

The four of us took a taxi together to the snake village. It’s called Snake Village because there are several restaurants there that offer a snake meal.
The village was pretty abandoned and we felt like we were in a ghost town. But maybe it was because it was pretty late. 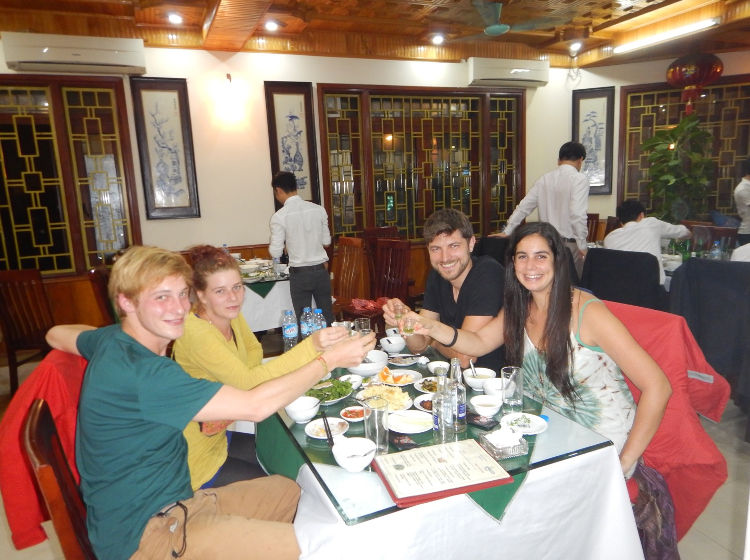 Choosing your own snake

When we arrived at the restaurant they first showed us several snakes (alive) and told us to choose the one that we wanted to eat.
We chose a Cobra snake, because it was pretty big and it would be enough for the four of us.

It costs 150 USD. Yes, for Vietnam it’s a lot of money but the price depends on the size of the snake, and also it was a once-in-a-lifetime experience (or twice, like for Roman)

Afterwards they took us to sit upstairs. The restaurant was almost full and everyone was dressed really nicely.
We were the only non-local people and we were dressed like a backpackers.

Everyone stared at us when we entered the room. Not sure if it was because of the clothes or if it was because they were not used to seeing non-local people there.
We received a menu that showed all the dishes that we were going to get. Each dish was made from another organ of the snake. There were nine different dishes.

We also got a wine snake. We drank a shot and the dishes started to arrive. 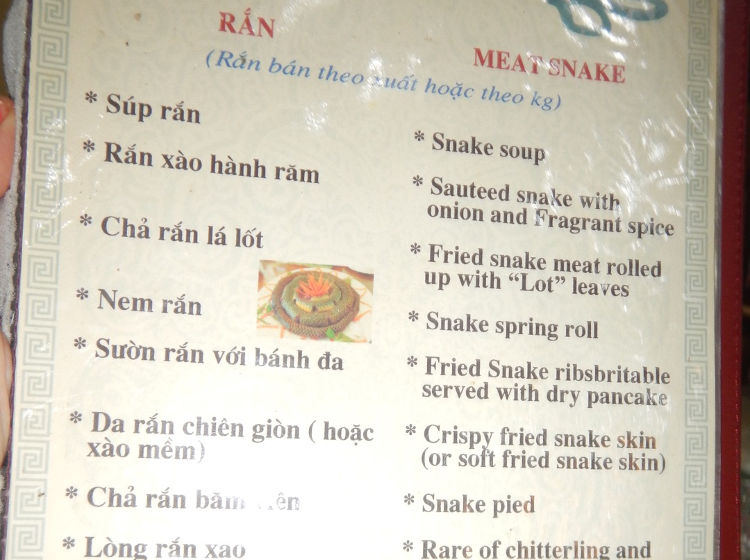 The weirdest thing was that we received at the table was a shot with the snake’s heart still beating in its blood.

Roman drank it last time, so this time he told our friend to drink it. And he did. He said it was ok and I think that the snake wine also helped him. 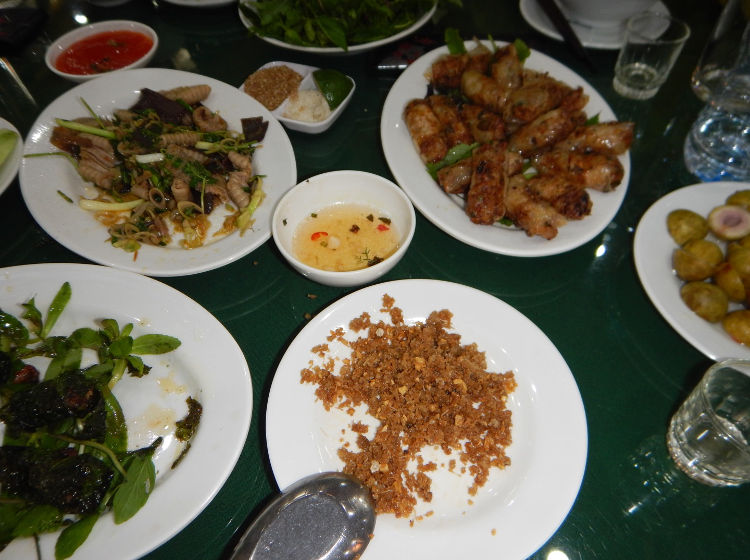 The experience and the meal itself

Yes, I know, the whole experience sounds pretty gross, but I have to say that except for the beating heart, all the dishes looked appealing and the taste was incredible.

Each dish was cooked differently and each one was really delicious.
If I hadn’t seen the snake before that I wouldn’t have guessed that the meat was from a snake.

It tasted like a combination of beef and chicken.
The whole experience was really unique. We had a great time with our friends from Austria and also the snake wine helped us get into the atmosphere

If you are an exotic food lover or an adventurous person, I really recommend you to try it. It’s worth the money and it’s something you will never forget.
It’s unbelievable.