One of our favorite ways of exploring new places is through bike tours. We searched for a bike tour in Prague and found a panoramic tour, which sounded really beautiful, through Praha Bike. Their tour sounded quite special – A combination of vantage points and a castle, with some physical challenge thrown into the mix.

Our tour stated at 10:00, the meeting point being one of the company’s stores. Turns out only Roman and I were on the tour that day – so we got a private tour with the excellent guide, Jim.

We picked out our bikes, and Jim tuned the seats to fit our heights – then we started. 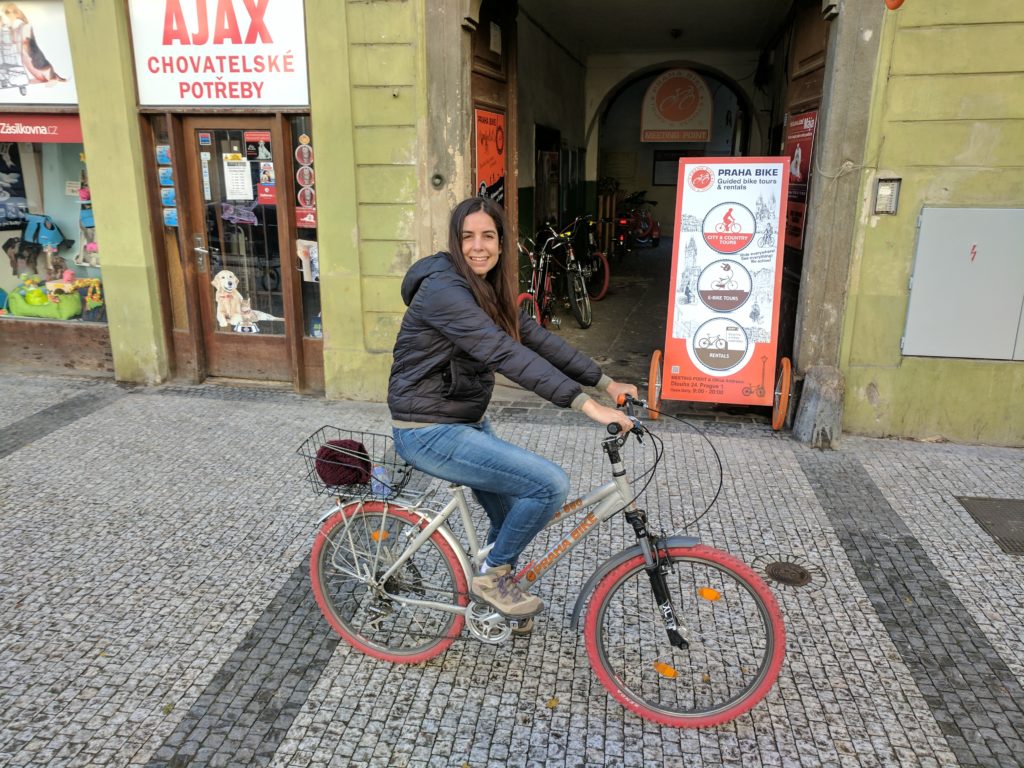 About the bike tour

At first, we rode through the city, then across the bridge and up through a beautiful park. We stopped at some really gorgeous vantage points and Jim was patient while I took a ton of photos, and he even photographed Roman and I together. The ride up the slope wasn’t too hard, but did require a certain physical effort, at least on my part, as Roman wasn’t particularly phased.

The park also had a bar Jim recommended we visit after sunset and have a beer to the city’s beautiful view. This sounded like a great suggestion, but unfortunately, we didn’t have the time to put it to good use. The place is easily reachable by metro. 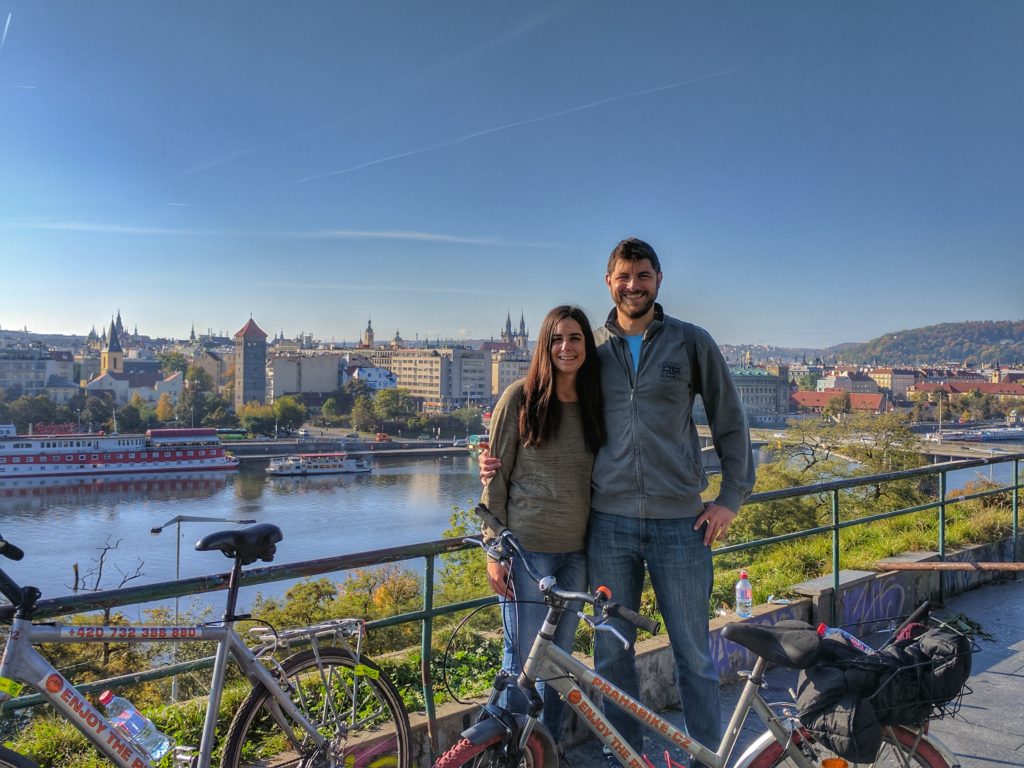 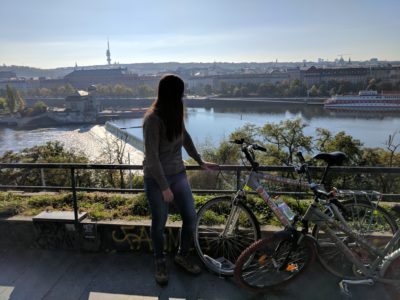 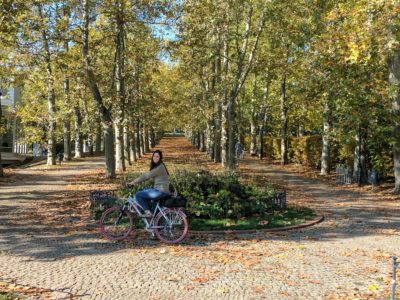 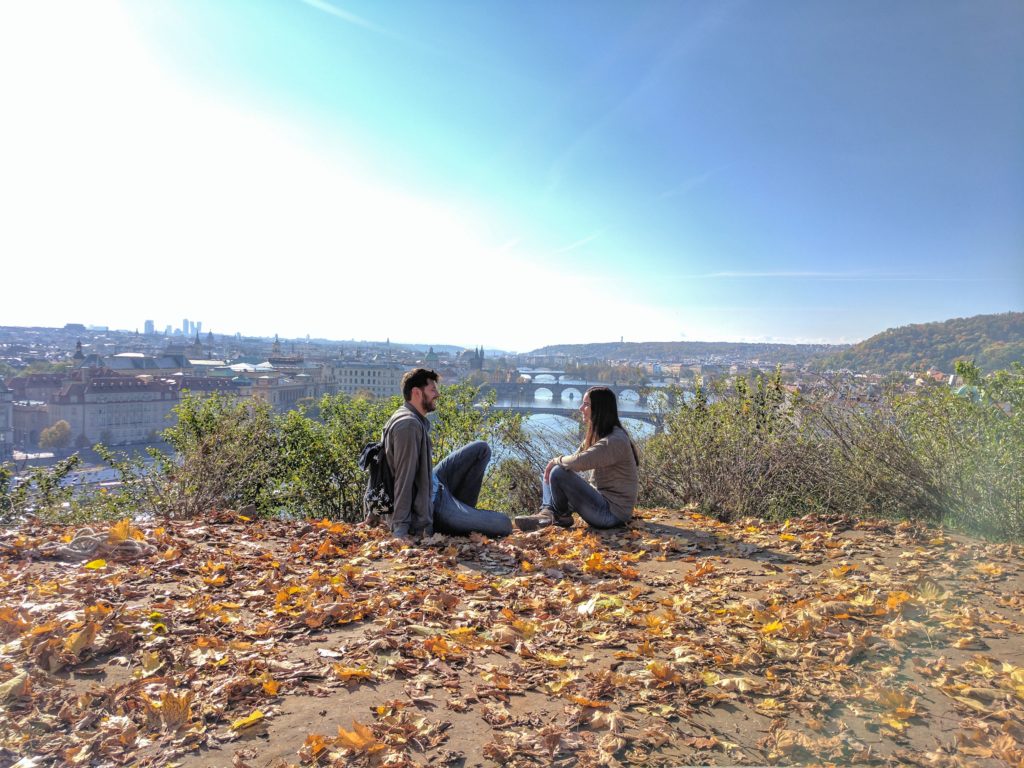 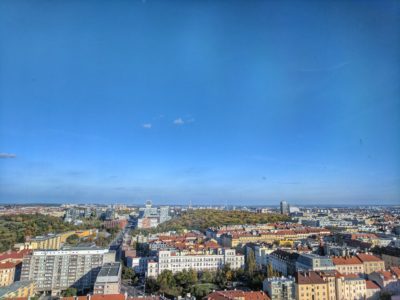 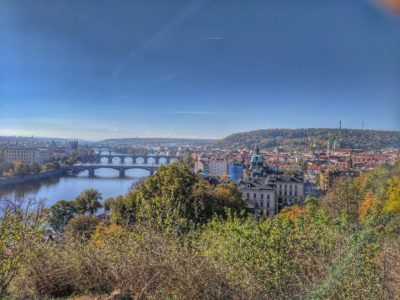 The tour is supposed to include entry to a castle, but we had to forfeit the notion due to the amount of people waiting in line to get in. So, if you really want to visit the castle, I’d recommend going alone, as early as possible, and not count on seeing it during a tour. 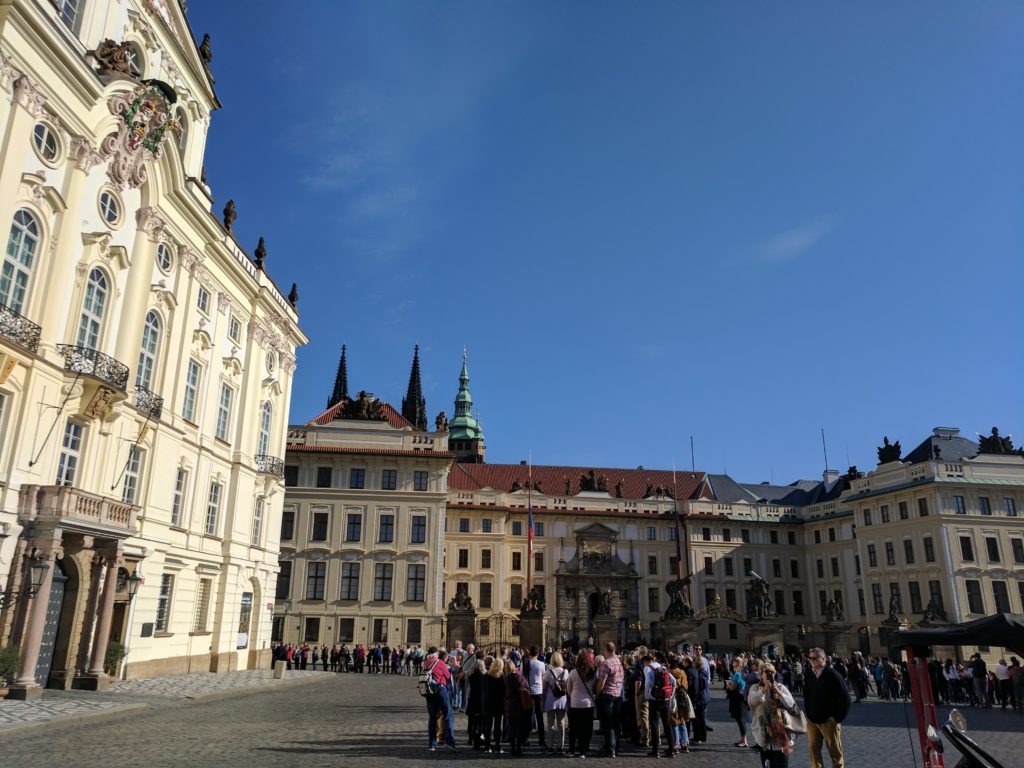 From the castle area we continued to another great vantage point, which required riding up a slope some more – There we stopped to take pictures. From that point we started a pretty scary descent, it was very steep and felt like a Luna park. After the initial fear it got pretty fun.

At every stop Jim told us about the place, and at sometimes we spoke while riding. The tour was really cool and with stunning views of the city.

If you like riding a bike and are in relatively good shape this tour is a must in Prague. 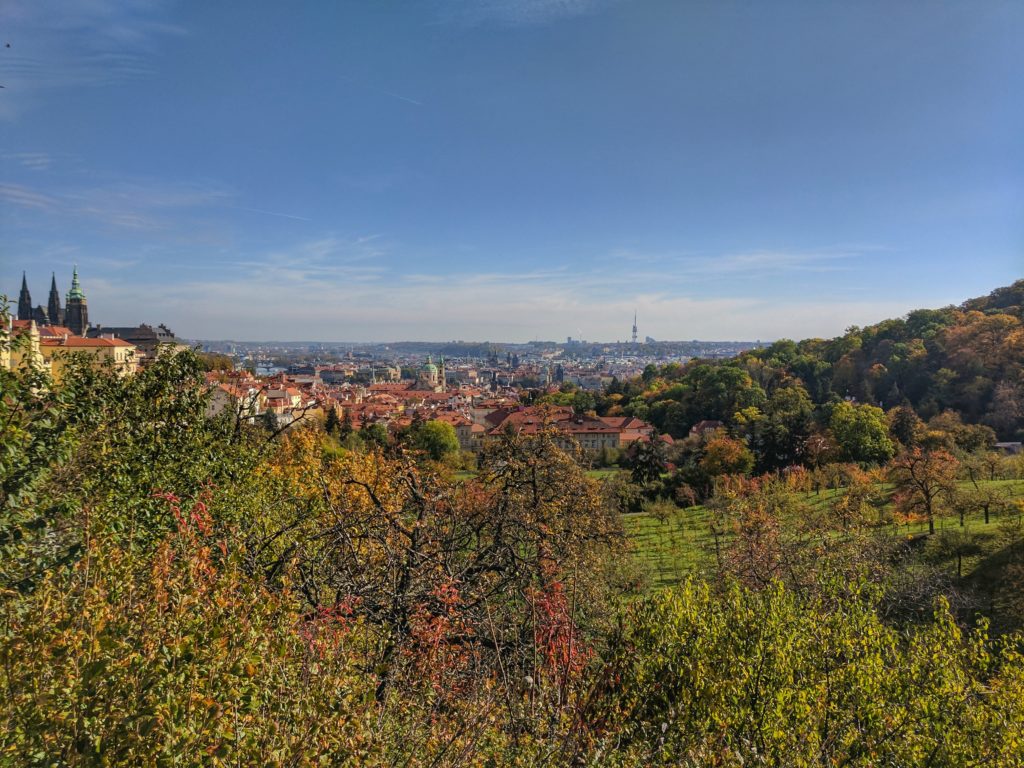 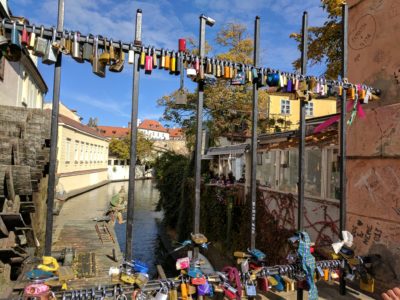 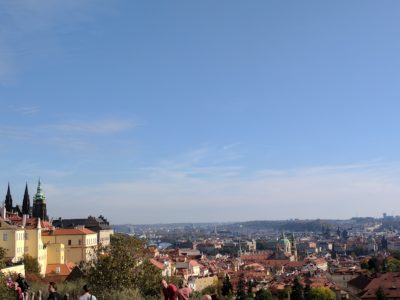