Before traveling to Poznan, I looked up cool tours I could go on. It wasn’t an easy task, since it turns out Poznan doesn’t offer very many tours, but then I came across City Event Poznan, who offer group food tours and soon beer tastings, as well.

The company left a good impression, so I mailed them to see if I could take the tour alone.
The owner, Piotr, answered my mail and said he’d be happy to offer me a custom tour when I arrive, and gave me recommendations regarding sleeping arrangements, too. We scheduled the tour to 16:00 and met at the center of the old town.

We went to the first bar-restaurant and sat by a large table. Piotr pulled out all sorts of accessories from the days of the nobility, when they used to drink hot beer for breakfast, to set the right atmosphere. And that’s how we started the tour, with hot beer. At first we got small cups of egg yolk and a glass of sugar. Piotr guided me and told me to pour the eggs and sugar into my beer glass and stir well. At one point, we were served a pitcher of hot beer and had to pour it slowly into the glass while stirring. It’s hard to say if I liked the beer or not. It was definitely different from all the other beers I’ve tried. You can’t find this beer on menus at bars or restaurants, they made it especially for us, since Piotr works with them on his tours. 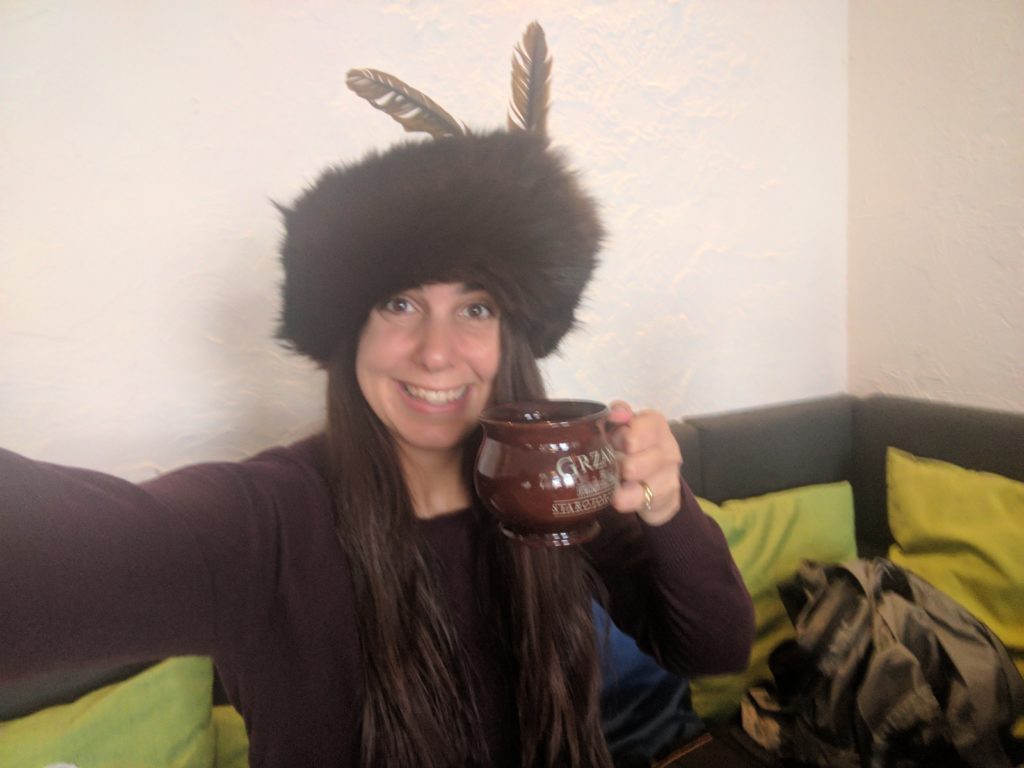 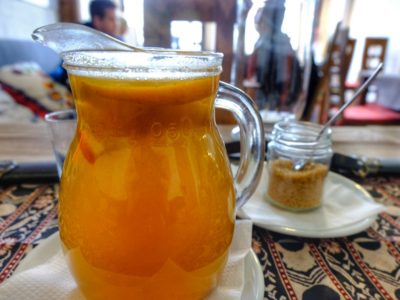 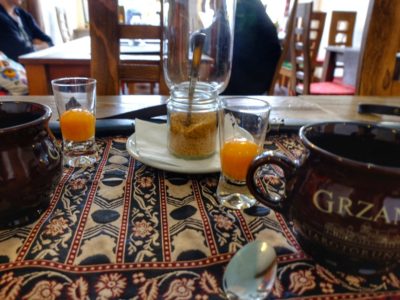 We were then served many traditional and modern polish dishes.

There were goose filled dumplings, duck hamburger and a potato dish and polish mazettes. These dishes are served on the company’s food tours. In addition, we were served traditional polish beer which was relatively bitter, but with an interesting flavour.
The food was delicious and honestly, between it and the beer, I was full quite quickly. 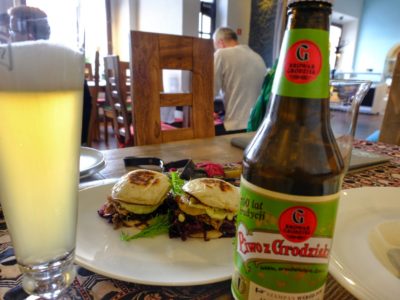 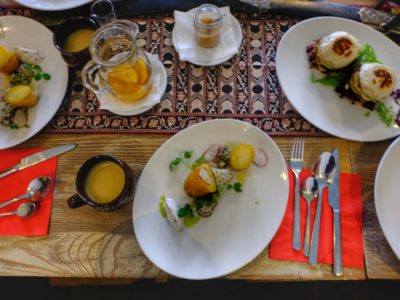 After the food and beers, Piotr quizzed me about beers a little bit and I’d be lying if I said I did well 🙂 At that point, we continued to the next bar, where Piotr let me try two really strange polish beers. One was tasty, and I’d be glad to have it again while the other… Let’s just say I won’t be having it again, and not because of it’s taste, but rather because of what it’s made of. I won’t go into detail about the beers themselves, so you can be surprised at the tastings. 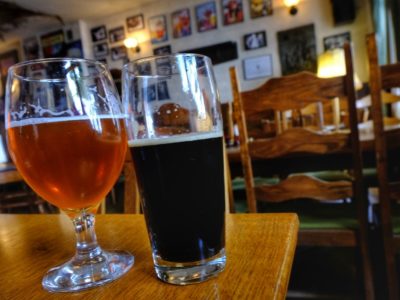 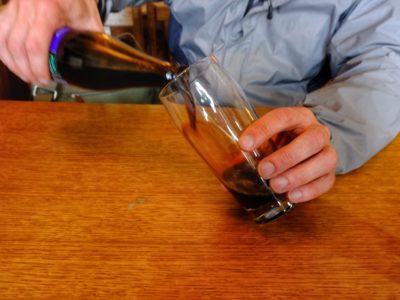 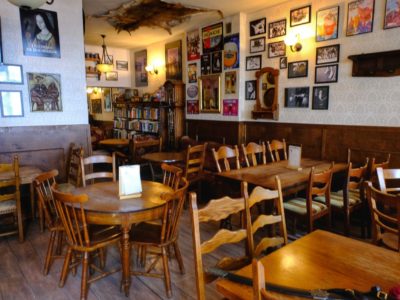 We then went to the Pastela restaurant to try some beer pudding. It’s not part of the beer tour or the tastings, but Piotr wanted me to try it, because it’s really cool. You can visit this restaurant on your own and ask for this dessert, and they’ll make it especially for you. The lovely chef got all the ingredients and a portable hot plate, so I can film while he makes the dessert for me. The beer is cherry beer, and at first you can’t even tell the pudding is made of beer, only towards the end do you notice a sudden bit of bitterness from the beer itself.
I highly recommend trying this when visiting Poznan. 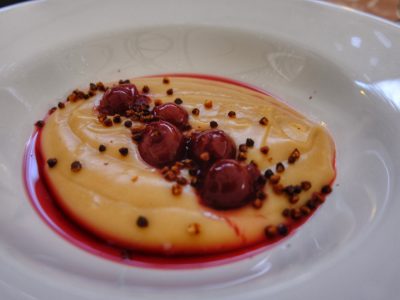 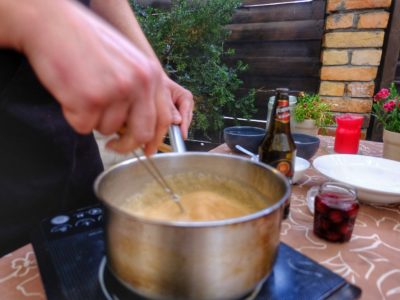 Notes about the tour

During the tour, Piotr told me a lot about Poznan, about it’s history and its beers. He has extensive knowledge, and he’s really nice and funny as well. He founded the company with his wife and they are both certified guides. What I really liked about the tour is that I got to try special polish beers I probably never would have found otherwise, especially because Poland doesn’t produce many local beers and the ones Piotr chose for the tour were really authentic and weird.

The food tour you may book for a small group or a family, and there’s also a festival-food tour meant for larger groups. Soon they’ll add beer tastings, which will be a get together at a set time and day, which anyone will be able to join and try 3-4 different beers at one place.

If you’d like to have a tour more like the one I had, mail Piotr and I’m sure he’ll be able to arrange something more your style.